There are 3 models to choose from: [joyswag.com]Shipping is free and is available within the Continental US.
(Cannot ship to Alaska, Hawaii, Territories, APO / FPO, or PO Boxes) 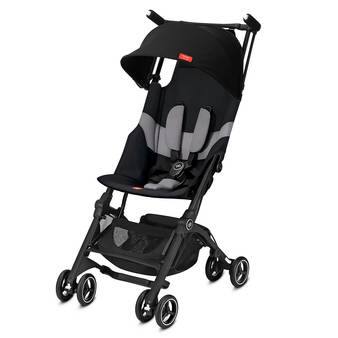 We are frequent travelers (obviously not right now, but in 2019 we visited a dozen countries and took somewhere around 80 flights. Love love love this stroller, but it won't be perfect for everyone.

Pros:
•Folds so stinking small. Literally fits on the floor in the backseat of any car at the foot of the seat with his car seat. We had trouble with Uber sedans that wouldn't take our full size stroller a few times. Obviously never had a problem with this. People constantly marvel at it when I fold it up.
•Easily fits in an airline overhead compartment. I ran into a few places where they insisted that it had to be gate checked or put into a bag though (some odd local regulation requiring it for some reason), so now I just keep a garbage bag in the diaper bag in case.
•With some practice, folding and unfolding is fairly easy if not quite as easy as videos suggest.

Cons:
•Not the sturdiest thing. As noted, we traveled more with this in one year than most families will in quite a few years and nothing on it has broken, but it's not made to carry much beyond the child. My wife loves to stuff the bottom full of as much stuff as she can fit and then wants to hang her purse and a shopping bag on the handles. That doesn't work well - it gets hard to steer and feels like you're going to bend / break something if you put way too much weight on it (for reference, our son was 1-2 in 2019 and is big for his age - it didn't have trouble carrying him, it was hanging a bunch on the fairly flimsy handlebars that didn't work well). Also, you can't fold it up if you have stuff in the bottom space.
• It's not made for off-roading. We went to several countries in Europe and it was better on uneven sidewalk surfaces than I expected, but this is definitely better on smooth pavement. It's a huge pain to push in grass or on dirt. Not impossible, but not enjoyable. This makes sense - the wheels are small.
• It's not as easy to fold as you expect. I need to have the wheels against an immobile object (wall, curb, car tire, etc) to fold it. That's never a big deal for me, and I fold it relatively smoothly, but my wife has trouble with it. I think if she practiced a bit and had more patience she'd get it, but in the absence of those things, I usually fold it. You kind of have to put pressure inward (like toward the wall) and downward at the same time. It takes a little practice.
• The sun shade is pretty worthless.
• One thing to be careful of: always make sure it "snaps" when you open in. There were a couple of times we thought it was open all the way and put our son in and it started to collapse. Got to make sure it locks into the open position. It's not a big deal - gosh, we must have folded and unfolded this thing a thousand times or more and only done that two or three times, but luckily we caught it immediately each time.

As for the price, I paid about the same (actually a few bucks less) from Amazon Warehouse Deals (it still had the tags and everything - the original purchaser must have lacked my patience in getting used to the fold / unfold lol). But for a new one, I'd be in on this for sure if I needed it.

Overall, I definitely recommend this for those who travel often. It didn't replace the sturdier and larger stroller we use at home / the mall / etc (when that stuff is open), but it is so much better for travel. So much. Just keep your expectations tuned properly: you're giving up bigger wheels / a smoother ride / sturdier feel for something that folds smaller than a backpack. I think it's a great trade for those who value that compact size.

Which model do you have? The Pockit+ is slightly larger with better features than the Pockit and Pockit Air.

I wrote a detailed review on the Pockit Air All-Terrain if anyone cares. You can find it on the BBB sites. To summarize: it's very tiny, very basic, feels flimsy, fits in the overhead bin or under the seat. Not a stroller for non-travel purposes. Great if you want to guarantee it comes with you on the plane.
1
0
0
0
Reply
Page 1 of 1
1
Join the Conversation
Add a Comment

These Energy-Busting Kid Toys Could Buy You Some Quiet Time