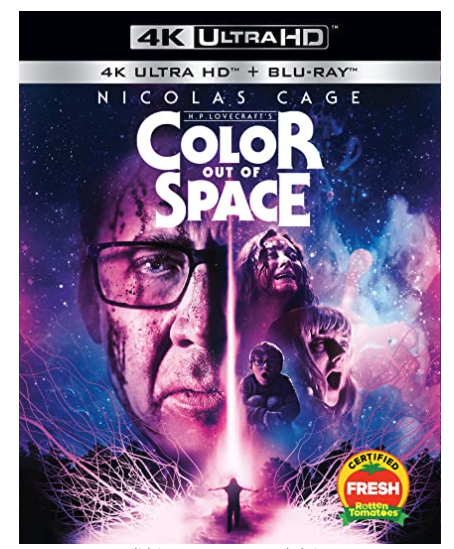 Chewpers posted this deal. Say thanks!
Add Comment
Reply
Created 06-23-2020 at 12:02 PM by Chewpers
in Movies (3)
If you purchase something through a post on our site, Slickdeals may get a small share of the sale.
Deal
Score +6
2,016 Views
$12.96
See Deal
Don't have Amazon Prime? Students can get a free 6-Month Amazon Prime trial with free 2-day shipping, unlimited video streaming & more. If you're not a student, there's also a free 1-Month Amazon Prime trial available.

RLJ movies have dropped to $7.96 so I'd probably bite at that price.

I think the reason why a lot of HP Lovecraft stuff isn't getting turned into movies is because of his views on racism and bigotry. Could you imagine the backlash, in this day and time, of a major studio releasing something of his?
0
0
0
0
Reply
This comment has been rated as unhelpful by Slickdeals users
Joined Jun 2015
L2: Beginner
62 Posts
14 Reputation
06-23-2020 at 01:27 PM #9
Cause it's sold out
0
0
0
0
Reply

This comment has been rated as unhelpful by Slickdeals users
Joined Nov 2011
L3: Novice
140 Posts
83 Reputation
06-23-2020 at 02:13 PM #10
Aside from his personal views of which I wasnt aware, his stuff doesnt translate particularly well. One might think with all the advances in CGI this wouldn't be as much of an issue.

FandangoNow had some 99 cent rental deals on some Nic Cage movies, including this, Mandy and Grand Isle. That's the only reason I have seen it.

I write (sometimes quite detailed) notes for myself after watching each. I'd post it here except I don't think SD has a SPOILER option to hide the text. Suffice it to say that while Color Out of Space had some interesting ideas, a lot of them were never explained nor explored fully. So it had bits and pieces of good ideas and weird stuff. Overall I was disappointed yet again by the never-ending stream of Nic Cage B movies (seems we get 3-5 per year).

Mandy was mostly trash to me but it had a few moments. I had to read the detailed plot synopsis after watching the movie to understand what actually happened because it was not clear and the movie was so dark at times I couldn't see what was going on. In fact, IIRC you had to wait until 85 minutes into the movie before Nic got into gear for revenge. The rest of it was overlong shots of whispered dialog (so soft I had to turn on subtitles), them doing boring stuff, or pervs and psychos doing bad things. I think there was a 1-2 minute single take of him sitting on a toilet drinking alcohol and screaming intermittently (knowing him and how he likes to overact that was probably his favorite scene). I'd be hard pressed to buy Mandy at any price, even $5 at Walmart if I ever saw it, even for the 1 minute Cheddar Goblin spot.

I like Nic Cage just for his screen presence (I won't say his acting ability although he has that ability and chooses not to use it most of the time), but he makes some pretty weird choices. I didn't like Grand Isle much either... it was mediocre/average at best. In a world where there are so many movies made, there's much better stuff out there. The hard part is finding it.
0
0
0
1
Reply
Last edited by Baguda June 24, 2020 at 09:33 AM.
This comment has been rated as unhelpful by Slickdeals users
Joined Mar 2017
New User
5 Posts
10 Reputation
06-25-2020 at 01:48 PM #14
Cool deal! Thx
0
0
0
0
Reply
Page 1 of 1
1
Join the Conversation
Add a Comment

Space Cowboys, Down Periscope, Wedding Crashers and others $5 at Movies Anywhere
48  •  33

If You Love A Show, Should You Stream It or Buy It?

Mulan is Coming to Disney+ in September, But Watching Will Cost You

AMC Stubs A-List Lets You Watch Three Movies per Week for $20 a Month
Copy Code & Open Site More Deals from
Did this coupon
work for you?
Copy
Link Copied to Clipboard