Note, originally released on the Nintendo 64 in 1997; playable on the PS4 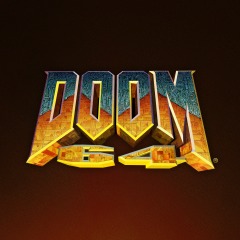 Add Comment
Reply
in PS4 (7) Get Playstation Store Coupons
If you purchase something through a post on our site, Slickdeals may get a small share of the sale.

This reminds me of the Pokemon episode where it was flashing red n blue. It gave japanese kids seizures. I read that in an article long time ago.
2
0
0
0
Reply
This comment has been rated as unhelpful by Slickdeals users
Joined Jul 2010
L1: Learner
80 Posts
18 Reputation
06-25-2020 at 05:35 AM #20
Wouldn't doom 64 be a port of the Nintendo 64 version which was called Doom 64? never seen doom 64 anywhere until now other than when I bought it way back for my Nintendo 64. one thing I remember about it is it didn't have the reloading animation for the double barrel shotgun just had to wait a couple seconds till you heard a click and then you could shoot again.

06-26-2020 at 10:51 PM #28
It's overlooked because no matter what it actually was consumers at that time were ready to move on. The consumer perception is that it was another version on another platform. Even if it was a new game I'm stating the consumer POV and the exodus to something else.

It's not what something is it's how it is perceived. And that's why this game unfortunately was overlooked. It deserves a chance that it wasn't afforded due to the ill timing of release. I am still vouching for ppl to experience it as it is fantastic.

Question though, how are the graphics compared to the PC versions?
0
0
0
0
Reply

Sony PlayStation 5 DualSense Wireless Controller - Preorders are up on Amazon - $69.99

Ghost of Tsushima: Rounding up the Best Deals and Discounts

Review: Razer's Kishi is the iPhone Game Controller You've Been Waiting For
Copy Code & Open Site More Deals from
Did this coupon
work for you?
Copy
Link Copied to Clipboard