For reference, this was ~$300 in 2015. Specs seem good for the money and the Intel Core i3 3220T 2.8GHz Dual-Core CPU still holds its own with today's equivalents. Good for people with a spare SATA SSD and SODIMMs. 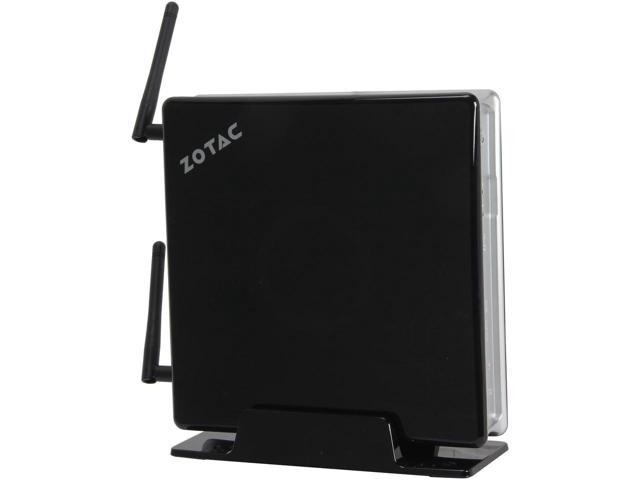 MadPup posted this deal. Say thanks!
Add Comment
Reply
in Desktop Computers (4) Get ZOTAC GAMING Coupons
If you purchase something through a post on our site, Slickdeals may get a small share of the sale.

0
0
0
0
Reply
This comment has been rated as unhelpful by Slickdeals users
Joined Jul 2011
L2: Beginner
25 Posts
44 Reputation
Our community has rated this post as helpful. If you agree, why not thank ?
06-27-2020 at 12:29 PM #3
I almost posted about this about four months ago when I picked one up (I grabbed an i5 version for just a little more at that point), but after I received it, I decided against sharing it. It's a good deal, no doubt, but just some details of my experience and why I wouldn't buy another one:
-Refurbished? OK, maybe, but I'm calling it used. The outer case had scratches all over it and when I opened it up to put in memory / ssd, it was dirty inside.
-Missing parts. Part of the reason I ordered one is that I already have one of these Zbox machines from this exact same era (it's an i7 version, but same exact motherboard / case / everything) and it's been a great machine. But because I have one, I know what wasn't in the box: the stand so you can orient it standing upright if you'd prefer, and the remote control. It also didn't come with wifi or bluetooth antennas.
-Again, refurb? Mine will not shut down. It restarts just fine, but if you shut it down in Windows, it never fully shuts down and runs until you hold the power button down. I don't care as I run mine 24/7, but it's clearly not working right. And yes, it's still doing it after a BIOS flash.
-One other irritating detail that doesn't bother me so much, because of how I'm using it, but my i7 Zbox runs just fine without issues, while the refurb i5 one I bought runs ridiculously hot. It idles in the mid 50s (i7 idles in upper 30s in the same room), and if you put the processor to work, look out. This is after I cleaned up the heat sink and replaced the thermal paste with Noctua NH1.

06-27-2020 at 04:24 PM #8
Thanks for sharing - good information. I guess the bottom line is that these refurbs are a bit of a crap shoot and if you take the gamble be sure to test them before your return options disappear (30 days). As to other points you made, this page [zotac.com] has a section on refurbs sales that says "Refurbished products sold by ZOTAC USA may or may not include the original packaging material, retail box, and/or accessories, and may have small scratches, small dents, or noticeable use". They do however claim that "The refurbished products are Factory Recertified to meet the performance and reliability of a new product of the same model". We shall see!

BTW which i5 did you get and how much did you pay exactly? Perhaps but it depends on what interfaces you need and how you might upgrade it. And BTW that i7 benchmarks only marginally higher [userbenchmark.com] than the i3 in the Zotac even though it's two models and one generation ahead. Way to go, Intel! Again, it depends on what you need. You could make the same argument for a full ATX tower.
0
0
0
0
Reply
Last edited by MadPup June 27, 2020 at 05:11 PM.

This comment has been rated as unhelpful by Slickdeals users
Joined Jul 2011
L2: Beginner
25 Posts
44 Reputation
06-27-2020 at 05:17 PM #9
Yeah, I hope everyone else has better luck than I did, but, again, the ways in which mine wasn't up to snuff have no bearing on my use case, so I'm not complaining. My plan was to use it as a pfsense box, and I may still do that one day, but for now it's a torrenting machine. I had a 3570K sitting around that I eventually stuffed in it, so it's quite a bit faster now in terms of multicore, but it does run even hotter when pushed.

07-07-2020 at 08:09 PM #13
Yes, and they have mailed me a caddy with no fuss. Can't complain.
0
0
0
0
Reply
This comment has been rated as unhelpful by Slickdeals users
Joined Jul 2011
L2: Beginner
25 Posts
44 Reputation
07-08-2020 at 04:47 AM #14
Oh, that's great news. So even though it says it may lack accessories, they're still taking care of you. I ordered a video card from them a couple of weeks ago and it may or may not have been truly refurbished in any way, but it works great and was less than anything used on ebay, so even with my sketchy experience first experience I've not given up on them.
0
0
0
0
Reply
Page 1 of 1
1
Join the Conversation
Add a Comment
Deal Alerts

PSA: Which Methanol Hand Sanitizers Are Being Recalled? 50+ Products Are On the FDA's List - Including Several SD FP and Popular Deals
7•3