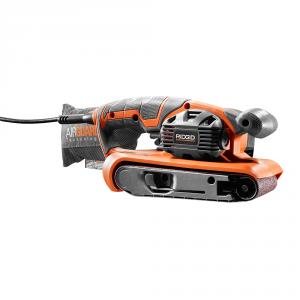 unknownuser5 posted this deal. Say thanks!

Written by Edited June 28, 2020 at 12:23 AM by
FACTORY BLEMISHED - Which coming from Direct Tools Outlet means new.

I have used this sander quite a lot and for the price it is a steal. It has automatic belt tracking which none of the sander under $100 does. After using it for hours I did felt some vibrations in my hands but it was not a concerning.

If you have the money and don't mind spending $200+ then Makita belt sanders are obvious choice.

Power planers(hand held usually 3¼) have many uses but maybe the most common one is to remove material from framing before drywall to flatten walls. A belt sander could work but would be a pretty slow way to do it.

Power planers were sold as door planers too at least the one that Rockwell (the original Rockwell not the infomercial imitation multimaster ghost brand of today) had, the idea being that a carpenter could shave off a little bit of wood from a door while hanging it but honestly who hangs doors anymore we all get pregnant(edit- prehung, spell check got me) doors and shaving a little off or putting on a mixrobevel is really better done with a tracksaw anyway.

I use powerplaners for framing and nothing else but imagine other carpenters have other uses. Belt Sanders though are very useful across a lot of different trades
1
0
0
0
Reply
Last edited by SkyeC June 28, 2020 at 01:40 PM.
Page 3 of 5
1 2 3 4 5
Join the Conversation
Add a Comment
Deal Alerts

Rented an RV? 10 Space-Saving Items to Save Your Sanity

Tips to Max Out the Savings on Pet Food Delivery Services

7 Spray-Free Ways to Keep Mosquitoes Away
Copy Code & Open Site More Deals from
Did this coupon
work for you?
Copy
Link Copied to Clipboard