Grubhub: Savings on Your Next 2 Orders EXPIRED

$5 Off $15+
+120 Deal Score
39,893 Views
Grubhub offers $5 Off Your Next Two Orders of $15+ when you apply promo code 5SLICK2 at checkout. Delivery and other fees may apply and vary depending on the restaurant. Thanks rsvpd 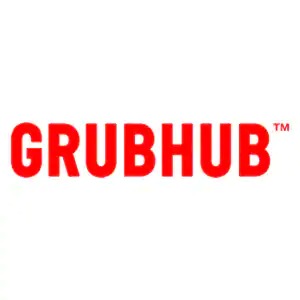 rsvpd posted this deal. Say thanks!

Offer limited to 2 usage(s) per diner. Cannot be combined with other discounts or cash. Order must be $15.00, before tax, tip and fees. Not valid on Grubhub for Work, Seamless Corporate, Eat24 or any other affiliated service.
Add Comment
Reply
in Fast Food (3) Get Grubhub Coupons
If you purchase something through a post on our site, Slickdeals may get a small share of the sale.

I always compare Uber Eats to grubhub and grubhub charges at least $1.50 more per item and then has the audacity to charge a service fee on top of the tax AND delivery fee. The delivery fee is the smallest fee (99 cents per order) and that's the only thing waived with Grubhub+ so you would have to order in at least 10x a month just to break even except... you still overpay because of Grubhub's item pricing.

Grubhub's drivers are a crap shoot at best. Every say 5 orders or so the estimated time on my order creeps up until it's over an hour at which point I know I've entered the point of no return. For some reason the driver just doesn't show up or doesn't get assigned and my food sits there getting cold at the restaurant. Every time I have to call so they can assign another driver and it's usually 90+ min before I get the food at which point they throw $5 my way in a coupon. F that. Uber Eats has never had this problem, probably because they have a large network of Uber drivers.

Black Friday Store Closings and How a Thanksgiving Tradition Could Change
Copy Code & Open Site More Deals from
Did this coupon
work for you?
Copy
Link Copied to Clipboard