Note, be sure to select the 'UHD' option. Films are not Movies Anywhere (MA) compatible 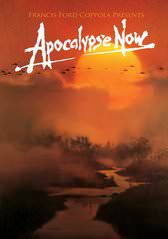 Discombobulated posted this deal. Say thanks!
Add Comment
Reply
in Digital Movie Download (8) Get VUDU Coupons
If you purchase something through a post on our site, Slickdeals may get a small share of the sale.

It includes all three, in HDX:
On the FandangoNOW deal, I noticed that AN (Final Cut) was also dated 2001...
https://www.fandangonow.com/detai...4ECEF0F865

Does anyone know what makes it different than AN (Redux), as they are both dated 2001?

Apparently, he also found original copies of the physical film and soundtrack and their team was able to do a better remaster than was used for redux, in the final cut. So it should look and sound better.

07-01-2020 at 01:45 PM #15
Fanflix sent out emails for July 4th specials which includes Apocalypse Now (Final Cut) for $5. Check your e-mail which you should get if you've ever bought those Fanflix deals. I heard the Final Cut will redeem on iTunes as 4K/UHD, and it includes the theatrical and Redux cuts. Not MA, and it'll only redeem as HDX on Vudu (and unlikely to include other cuts).