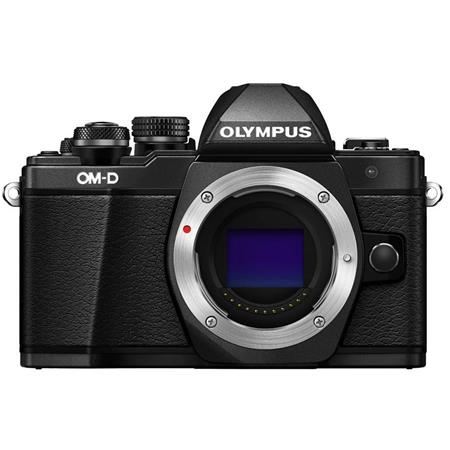 Gardamis posted this deal. Say thanks!

When he travels, goes to family events, or does anything where he might want to take photos, he always had a high-end point and shoot and that was plenty. Sure, he was into photography, so sometimes he would bring stuff on certain trips just for fun (like a Rolleiflex TLR, or an old fully manual Olympus SLR when the world had already gone digital), but mostly it was a point and shoot, because that's what fits in your pocket, doesn't ruffle people's feathers, and is always available to shoot. Especially with how good cameras are today, being a good photographer is more important than having the "best" gear.

In the film days that was usually something like a Yashica T4 with Zeiss lens (now a cult classic that goes for $500+ on ebay), or a Contax TVS with a Zeiss zoom. In the digital age there was a series of cameras like the Canon G-series and later S90/S95.

If you aren't shooting sports (like real sports, not your kid's t-ball game), printing huge prints, or delivering digital files to people who are making billboards and in-store displays, stuff at the level of a sony A7 or a canon 5d is just absurd overkill.

Nothing wrong with just geeking out over the hardware (which is partly why I own a m4/3 system and some "pro" glass despite mostly using my phone unless I am going somewhere where I want a long lens), but lets be honest that it isn't about taking better pictures. It is about the technical aspect of photography as a hobby.
5
0
0
0
Reply
This comment has been rated as unhelpful by Slickdeals users
Joined Nov 2016
L2: Beginner
39 Posts
108 Reputation
Pro

07-01-2020 at 11:33 AM #65
These are great points. I have also been thinking that the digital camera industry should have much better integration with cell phones. A $200 cell phone nowadays can overpower the processing and user interface of existing cameras. This is also the hope that the Olympus sale will eventually lead to better cross-industry technology improvements

For the future of MFT, I am seeing a trend of new players coming into this platform that will significantly cut down the cost of ownership. Manual lenses made by urlhasbeenblocked, 7Artisan etc are of good (although not superb yet) quality, and Yongnuo is starting to make autofocus lenses for MFT. The approach taken by Yi is also interesting, with its M1 camera creates a model of a good quality inexpensive MFT camera that lowers the entry point for owning both camera and good quality kit lenses (again, not yet superb). Five years ago, these companies were not of its current status in the camera business, ad I am hopeful that in 5 more years, these manufacturer will mature enough to produce some superb products while keeping the cost down.
0
0
0
0
Reply
This comment has been rated as unhelpful by Slickdeals users
Joined Dec 2009
L7: Teacher
2,976 Posts
469 Reputation
07-01-2020 at 11:47 AM #66
you cannot actually quantify that 10 times clam, especially the noise department.
RX100 has a one inch sensor with crop factor of 2.7
smart phone has 1/2.5 inch sensor with crop factor of 5.7
so the difference is really about 2, which is about a jump from MFT to FF.
both rx100 and iphone starts with f1.8 for their main camera.

which means your ISO performance is at best 4 times better.

camera capability is of course a different story. you cannot get as shallow depth of field on a smaller sensor than a larger sensor unless you double or quadruple your aperture, but that's not better or worse. similarly, iPhone can only do 52mm equivalent filed of view whereas RX100 can do 100mm equivalent field of view, but again, that got nothing to do with ISO performance.
0
0
0
0
Reply
Last edited by seanleeforever July 1, 2020 at 11:53 AM.
This comment has been rated as unhelpful by Slickdeals users
Joined Oct 2013
L2: Beginner
55 Posts
22 Reputation
07-01-2020 at 12:08 PM #67
Honestly, the companies have allowed themselves to be misled by the toxic "prosumer" market because the margins are higher on vanity gear and neglected nurturing the bottom end of the market so they'd become future hobbyists.

It blows my mind how out of touch the camera brands are by still offering feature gated entry level camera bodies with mediocre kit lenses. Of course a beginner that's been spoiled by their $1000 cell phone is going to be disappointed by the user experience of a clumsy camera with an f/3.5 standard zoom. Remember shooting with an early Canon Rebel? Solid IQ then for sure, but what a usability nightmare. It's just such an obvious mistake and they're just carrying on, so let the market implode so we can enjoy transformative change after the old guard are flushed out.

Let's make cameras easier to use for those who don't yet understand the exposure triangle and include a nifty fifty (hell, maybe a portrait lens instead) and a telephoto zoom in every kit. Differentiate by focusing on what cell phones can't do.
6
0
0
0
Reply

Computing innovation will continue to outpace optical element design so we'll get there.

0
0
0
0
Reply
This comment has been rated as unhelpful by Slickdeals users
Joined Jul 2020
New User
1 Posts
10 Reputation
07-01-2020 at 01:22 PM #74
Looking to start a YouTube channel for a comic/statue collector from a father/son (14 year) approach. Any suggestions with a beginer camera with decent video? Just want better visual content than what my phone can provide. Thanks in advance if anyone can help.
0
0
0
0
Reply