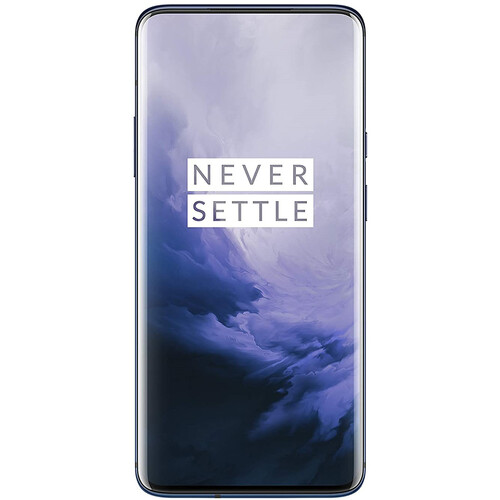 See Deal
Good deal?
You gave thanks to Firehunter606 for this post.
Thank you!

Firehunter606 posted this deal. Say thanks!

Refer to the product page for carrier compatibility. -johnny_miller

https://www.bhphotovideo.com/c/pr...256gb.html >Expected availability: 7-10 business days
Add Comment
Reply
in Smartphones (5)
If you purchase something through a post on our site, Slickdeals may get a small share of the sale.

Don't buy sprint ANDROID unlocked phone. It will lock again on updates. Google it. So many people is having the issue. Stay away
I don't know you so I don't have a reason to think you're an idiot, but your comment does make you sound like one.
I have had this phone for 4 months. Love the phone and no major complains at all. Big screen, no notch, fast on screen fingerprint reader, fluid scrolling, NO BLOATWARE!

If the wireless charging and Camera (Compared to flagships phones) are deal breakers for you, you probably won't like this phone. Otherwise, one of the greatest phones I've owned.

This phone WAS marketed to be compatible with Sprint's 5G network, but since the merger with T-Mobile, that's no longer the case, but the phone should still work fine with current Sprint LTE towers, which will soon become T-Mobile's but the phone should still work. One of the main attractions for me about this phone is the popup selfie camera, and it's unfortunate that it hasn't caught on more. I guess it's another point of failure for the phone and the mechanism probably takes up too much space when everyone is trying to fit everything plus the kitchen sink into a phone these days.
5
0
0
3
Reply
This comment has been rated as unhelpful by Slickdeals users
Joined Aug 2015
L1: Learner
20 Posts
24 Reputation
07-27-2020 at 02:27 PM #9
I have had this phone for 4 months. Love the phone and no major complains at all. Big screen, no notch, fast on screen fingerprint reader, fluid scrolling, NO BLOATWARE!

If the wireless charging and Camera (Compared to flagships phones) are deal breakers for you, you probably won't like this phone. Otherwise, one of the greatest phones I've owned.
18
0
0
1
Reply

This comment has been rated as unhelpful by Slickdeals users
Joined Nov 2013
L4: Apprentice
412 Posts
97 Reputation
07-27-2020 at 02:29 PM #10
I bought my 8GB/256GB about a month ago from the OnePlus store. Used my studentbean discount and additional 5% cashback with discover card via PayPal. Grand total came out to be about $515 after discounts/taxes

It replaced my OnePlus 5T. So far it has been perfect for what I need. I paid about $500 for the 5T with 8GB/128GB so I'm happy since my price paid didn't really change after 2 years.

Our community has rated this post as helpful. If you agree, why not thank ?
07-27-2020 at 02:36 PM #14
I'd also like to add that the camera quality is so so, and the curve screen is hard to find the right glass protector for.
4
0
1
1
Reply
This comment has been rated as unhelpful by Slickdeals users
Joined Apr 2011
L9: Master
4,306 Posts
1,866 Reputation
07-27-2020 at 02:39 PM #15
I wish I choose a different phone. I also got an unlocked 7 Pro and I can't wait to replace it. The fingerprint sensor works half the time, this is a personal issue but the phone is actually too big to use daily, not sure who decided putting the volume down and power button on the same plane was a good idea but I can't tell you the amount of times I accidentally took a screenshot instead of just turning the volume down or to sleep, battery isn't good though the fast charging is nice.

I had a Pixel 2 XL before and I only upgraded to have more space but lost out due to the small inconveniences that the 7 Pro has (and lack of wireless charging).

If only the Pixel 4 XL had more storage.

EDIT: Not sure if others dealt with this but the phone only has 1 mic which is a huge problem with my case on it. So when I say "OK Google" the phone doesn't hear me despite being directly in front of me. When I'm on calls with speaker phone, people can barely hear me. I searched and it appears to be a common issue not just with the 7 Pro but other OnePlus phones.
4
0
2
10
Reply
Last edited by ThatOneGuyWho1 July 28, 2020 at 07:57 AM.
Page 1 of 14
1 2 3 4 5
Join the Conversation
Add a Comment
Deal Alerts

Additional 20% off on top of subscribe and save discount- TODAY ONLY - Mama Bear Gentle Touch Diapers, Hypoallergenic, $25
48  •  77