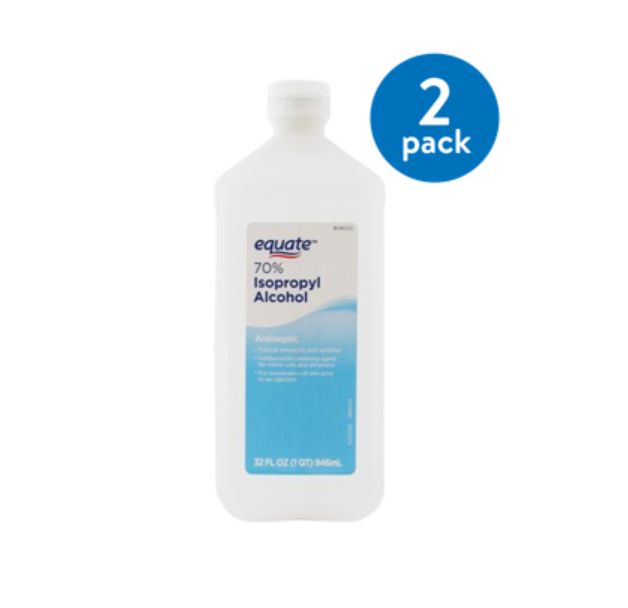 mod_xx posted this deal. Say thanks!
Add Comment
Reply
Created 08-02-2020 at 11:00 AM by mod_xx
in Medical Supplies (4)
If you purchase something through a post on our site, Slickdeals may get a small share of the sale.
Deal
Score +77
55,120 Views
$3.92
See Deal
About the OP
Send Message
Joined Apr 2007 L4: Apprentice
101 Reputation Points
33 Deals Posted
422 Votes Submitted
401 Comments Posted
Want more deals like this? Create a deal alert for Medical Supplies.
Add Deal Alert for Medical Supplies

Make sure to label it.
4
0
0
0
Reply
This comment has been rated as unhelpful by Slickdeals users
Joined Dec 2008
L4: Apprentice
312 Posts
158 Reputation
08-02-2020 at 04:43 PM #6
Does this come with syringes, or do I have to buy those separately? Does anyone know the dosage required to flush out NSA listening devices?
4
0
0
8
Reply
This comment has been rated as unhelpful by Slickdeals users
Joined Nov 2006
L8: Grand Teacher
3,839 Posts
450 Reputation
08-02-2020 at 06:55 PM #7
I was in the Walmart nearest to me last weekend, not a Supercenter, and went searching for rubbing alcohol. None on the shelves. I asked a worker and she said it was OOS. This past week I went into several local Walgreen's and none had any. Today, I finally managed to find one, at another Walgreen's. There were none on the shelf, but figuring I had nothing to lose I asked a worker, and he said he'd check in the back. Less than a minute later he came out with a 16oz bottle. It was $1.99, double the effective price of this deal but still not bad considering how infrequently I use the stuff. I felt like I'd just tracked down the last can of beans on a desert island.

I can't believe that five or so months into this pandemic, we're still seeing shortages of such staples. We have antiseptic gel, wipes, gloves, masks and all the rest, but it wasn't easy to come by much of it. And I didn't even need it for health reasons. I use it to clean car parts sometimes, after removing rust and prior to priming and painting them. We had an old bottle with several ounces left in it, but I wanted to reserve that for when we really needed it. Now the old bottle will be used for the car and the new one replaces it in the cabinet. What strange times we live in.
7
0
0
1
Reply
This comment has been rated as unhelpful by Slickdeals users
Joined Nov 2006
L8: Grand Teacher
3,839 Posts
450 Reputation
08-02-2020 at 06:58 PM #8
Every time I see IPA these days in reference to isopropyl alcohol my first instinct is to wonder what craft beer has to do with the pandemic.
8
0
0
0
Reply