I bought one on the last deal and i just bought another one as this is really a good value for the price! 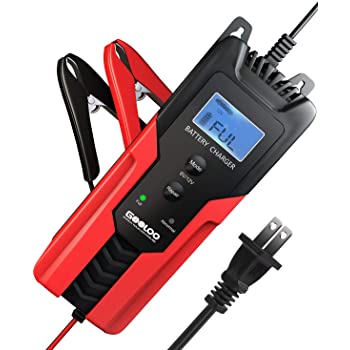 jacan posted this deal. Say thanks!
Add Comment
Reply
in Automotive Tools (3)
If you purchase something through a post on our site, Slickdeals may get a small share of the sale.

Sometimes you need a dumb charger to force charge.

I have a CTEK MUS 4.3, HFT Centech 2/10/50 and Battery Tender Power Plus. Battery Tender killed a Deep Cycle on float, couldn't revive a dead automotive battery after 48 hours. You can leave CTEK on for years.

Dunno if I wanna be charging constantly every month, for a day. A hassle, but this car must have a parasitic draw since it can't hold a charge for more than a month with a less than 2 year old battery. I had Advance charge it and they said they wouldn't replace it under warranty since it charged all the way to full on their charger.
0
0
0
0
Reply

Save Money With the Best Credit Cards for Gas in October 2020: Compare Reviews, Rewards and Sign-Up Bonuses

Lease or Buy: How to Determine the Best Way to Finance Your Next Car

Slickdeals' Guide to Buying Tires
Copy Code & Open Site More Deals from
Did this coupon
work for you?
Copy
Link Copied to Clipboard