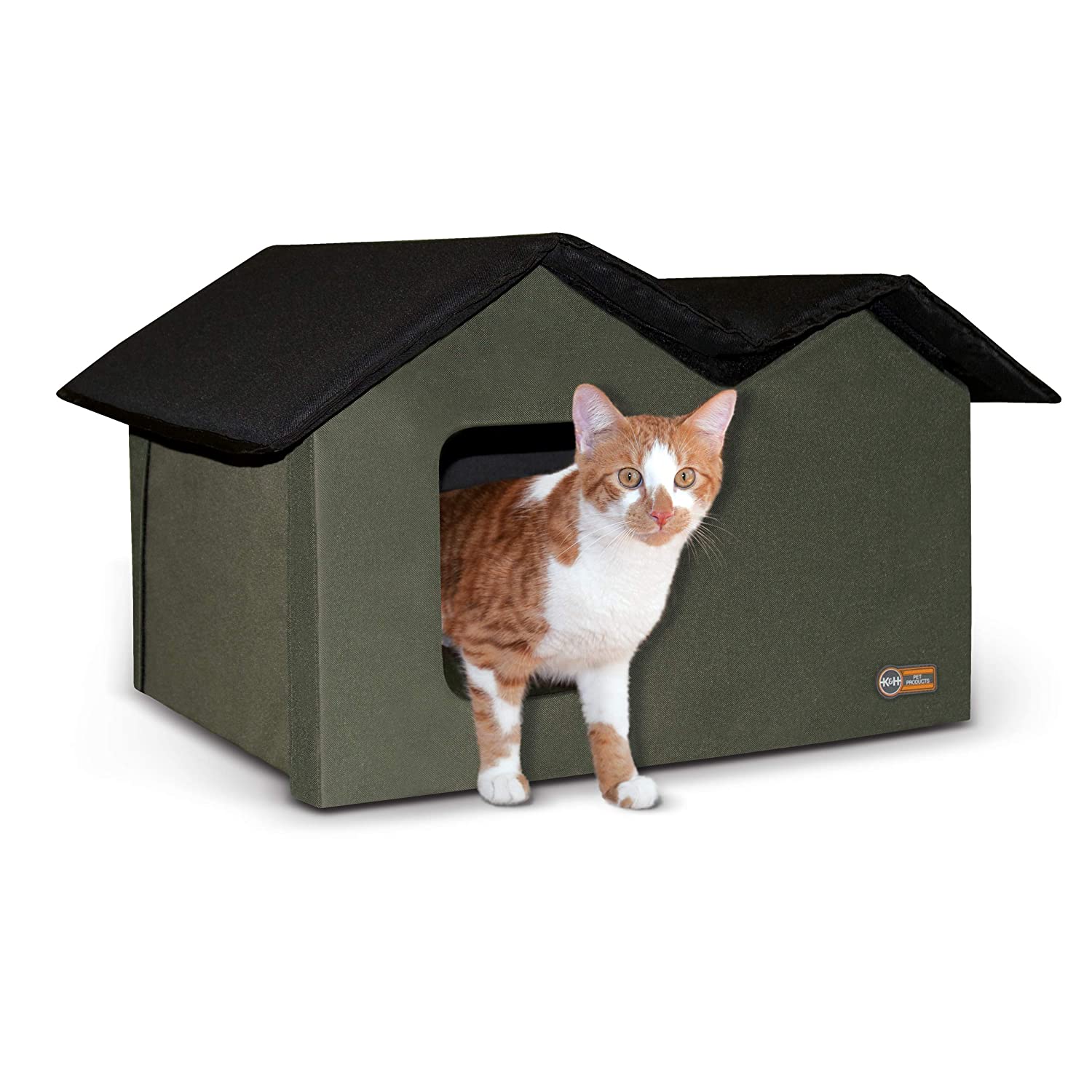 natalia616 posted this deal. Say thanks!

Written by Edited August 5, 2020 at 02:57 PM by
Lowest price per 3 Cs - I have been watching this thing for over a year. I feed a feral that stops by my house numerous times a week, and in the cold CT winters, this, I'm hoping, will give him some warmth.

Add Comment
Reply
Created 08-05-2020 at 11:40 AM by natalia616
in Pet Care & Supplies (5)
If you purchase something through a post on our site, Slickdeals may get a small share of the sale.
Deal
Score +44
27,821 Views
$47
$75.99
See Deal
Don't have Amazon Prime? Students can get a free 6-Month Amazon Prime trial with free 2-day shipping, unlimited video streaming & more. If you're not a student, there's also a free 1-Month Amazon Prime trial available.

https://pets.webmd.com/cats/featu...door-cat#1
Cats who are kept indoors can reach the ripe old age of 17 or more years, whereas outdoor cats live an average of just two to five years

https://pets.thenest.com/lifespan...-8777.html
The typical lifespan of an outdoor cat is only 2 to 5 years

http://www.thehumanesociety.org/w...tdoors.pdf
Your cat may enjoy being outdoors, but by allowing him to go outside unsupervised; you're putting him at risk for a shortened life span. The expected life span of an indoor-outdoor cat will depend on several factors, including the type of neighborhood you live in and sheer luck. But, on average, cats who are allowed to roam outdoors often don't live to see age five. Cats that are always kept safely confined can live to be 18 to 20 years old

https://www.quora.com/Whats-the-t...utdoor-cat
I'm sure some will mention a cat who beat the odds and lived to 21 outside, but on average outdoor cats live to 5 years of age
1
0
0
0
Reply
This comment has been rated as unhelpful by Slickdeals users
Joined Oct 2013
L3: Novice
225 Posts
50 Reputation
08-07-2020 at 07:54 AM #44
That average isnt taking in many obvious variables into account. Aka are these outdoor cats strays or have owners who feed them balanced meals daily/give them shots. Its not because theyre outdoors that they live less average, its because they're including cats who aren't kept care of health wise in that mix. The number is a clear inflation to push a narrative. Being outside is HEALTHY, even humans who stay indoors live less than active humans who get some vitamins from the sun. So no if YOU cared about your cats you wouldn't imprison them for your own amusement. My cats come home inside to eat but beg me to let them back outside, they've lived in both and choose outdoors every single time unless its raining. Again I guarantee you my cats are healthier than your obese at home depressed cat
0
0
0
0
Reply

This comment has been rated as unhelpful by Slickdeals users
Joined May 2006
L10: Grand Master
20,781 Posts
2,951 Reputation
08-07-2020 at 11:03 AM #45
This is your subjective opinion not based on facts. Cats can be perfectly happy being indoors if you provide them with playtime and environmental enrichment.

Here are some of the outdoor risks:

Being hit by a car.
Being attacked by wild predators, including coyotes (which are found even in urban areas), snakes, hawks, owls, foxes, and if you live in the south, alligators.
Getting into fights with other cats, which can cause severe injuries and abscesses.
Being attacked by dogs.
Exposure to contagious diseases, such as rabies, feline leukemia and FIV, feline distemper, FIP, ringworm, or common herpes viruses that cause upper respiratory and eye infections.
Picking up and spreading parasites, both external (fleas, ticks, ear mites) and internal (roundworms, tapeworms, giardia, and coccidia).
Becoming trapped in garages or sheds and being unable to get out.
Exposure to toxins such as antifreeze and rat poison. Cats who eat a rodent that has consumed rat poison can die.
Getting stuck in trees. This happens more often than you might think, and cats who become trapped in trees can remain there for days. If they're not rescued, they can become weak and dehydrated until they eventually fall, causing serious injury or death.
Exposure to toxic pesticides/herbicides sprayed on lawns and gardens.
Sunburn and skin cancer (especially in white or light-colored cats).
Hypothermia/freezing to death.
Becoming trapped in a leghold trap meant for wildlife.
Animal cruelty. Cats who are outdoors are always at risk from humans who wish to harm, poison, torture, or kill them.

Cats can dig up flowerbeds, stalk and kill songbirds around bird feeders, cause excessive barking in neighborhood dogs, and walk across neighbors' clean cars with muddy paws. Neighbors get angry about these things and some will retaliate against the cat.
0
0
0
0
Reply
Last edited by namlook August 7, 2020 at 11:20 AM.
Page 3 of 4
1 2 3 4
Join the Conversation
Add a Comment

4 Slickdeals Gives Back Participants Dedicated to Helping Animals
Copy Code & Open Site More Deals from
Did this coupon
work for you?
Copy
Link Copied to Clipboard