Note, must be signed into your Sam's Club account to see the discounted price at checkout. 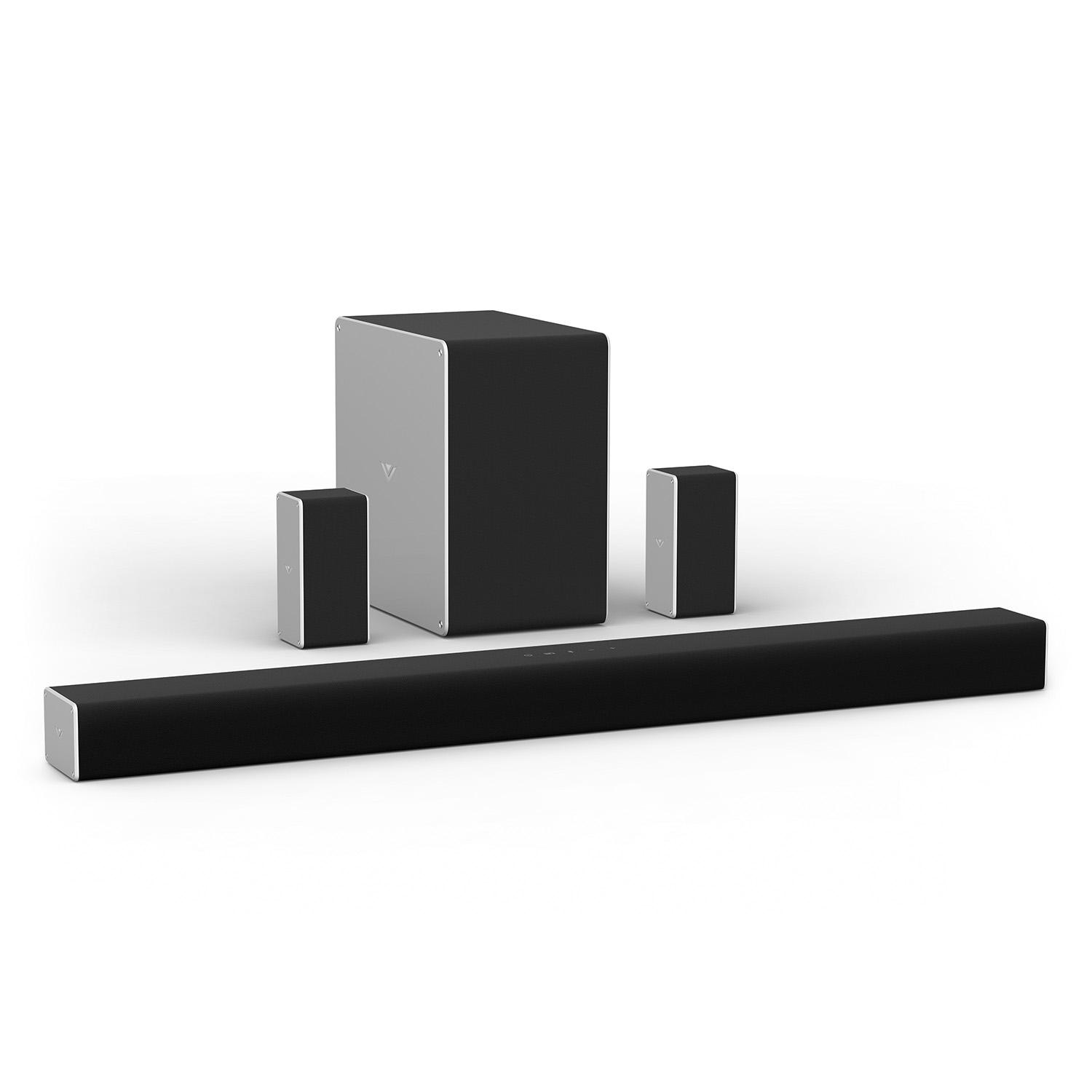 jthamaraikannan posted this deal. Say thanks!

08-08-2020 at 01:19 PM #54
Does it turn on and off with the TV though? I have a couple of older Vizio 5.1 sound bars and they only work that way if you use ARC with a HDMI cable. Plus with this system you probably wont get atmos via optical (may not get it anyway via ARC if the TV is a couple of years older so that aspect may be a moot point).
0
0
0
0
Reply
This comment has been rated as unhelpful by Slickdeals users
Joined Feb 2017
New User
2 Posts
10 Reputation
08-08-2020 at 01:25 PM #55
Don't have time to google it right now but I have one of these and to get the 4K video and Atmos technology your source must be connected through HDMI. Optical will not carry Atmos.
I plug my 4K Apple TV into this and the rest of my stuff (PS4, etc) into the TV, and feed that audio into the optical.
0
0
0
0
Reply
This comment has been rated as unhelpful by Slickdeals users
Joined Apr 2009
L1: Learner
14 Posts
10 Reputation
08-08-2020 at 02:24 PM #56
We have this same sound bar from Bestbuy. Via HDMI-ARC it is particular on the TV—the connected HDMI device doesn't seem to matter much between our Apple TV and PS4 Pro though. Out of the box, setup was not easy. The app never seemed to work consistently and the firmware update soft-bricked the sound bar. We ended up having to use a USB stick with the firmware files to update it and get it working again.

We first used it with our 4ish year old Hisense 4K TV. It would cut out all the time, and the fact that on the this particular TV the HDMI-ARC port was not HDMI 2.0 compatible caused further issues. It had to be plugged into optical to fix these issues. However I wanted Atmos and Dolby Vision, so we decided to upgrade our TV. We picked up a TCL 55R613 from Costco. The TV was nice and bright and Dolby Atmos/Vision content were incredible, however sometimes the sound bar would stop working completely and in many Netflix shows, the center sound channel just wouldn't work. Restarting the TV would fix the issues for some time but they would return. A month in to our ownership of the TCL, de-judder became stuck on for all sources even though the menus said it was off (it persisted through factory reset). That was the final straw so back to Costco it went.

I played around with a LG C9 and really liked it so we picked up a LG 55CX from Costco. Big price increase, but everything works out of the box. Center channel works all the time, no more sound bar no longer working until a TV restart. The TV is not as bright as the TCL, but colors are so much better and I like webOS over Roku. Every 10 to 20 hours or so the sound bar seems to restart on its own, but it takes a few seconds to boot back up. This sound bar sounds really good for a sound bar and Atmos content is pretty incredible.

Overall, if I did it again, I probably would have not purchased this sound bar and waited for eARC to mature first. However the LG 55CX and this Vizio Atmos sound bar make for an incredible combo for under $2k total. If you already own a LG tv or plan to get one, I would recommend this sound bar. However beware of compatibility and issues with other TV brands if you want to use HDMI-ARC and Dolby Atmos.
1
0
0
0
Reply
This comment has been rated as unhelpful by Slickdeals users
Joined Dec 2014
L2: Beginner
32 Posts
22 Reputation
08-08-2020 at 05:32 PM #57
I gave two generations of these sound bars with wireless sub a chance.

1st set stopped responding to any and all remotes. Never got fixed.

2nd one I got on the direct from Visio slick deal and the wireless sub (and speakers) doesn't connect where it used to, and has to be roughly 2ft or less from soundbar completely defeating the purpose (imho).

Never taking a chance again.
0
0
0
0
Reply
This comment has been rated as unhelpful by Slickdeals users
Joined Aug 2020
New User
1 Posts
10 Reputation
08-08-2020 at 05:39 PM #58
Totally agree with the lg compatibility. I have a C8, and this soundbar works well with it. Though there have been connectivity issues with the handshake, but updating the firmware seems to have solved it. For this price, you get a decent atmos soundbar. The bass us a bit too much at times, and clarity for things like dialogue arent the greatest, but for under $300, its worth it.
1
0
0
0
Reply
This comment has been rated as unhelpful by Slickdeals users
Joined Jun 2008
L3: Novice
120 Posts
41 Reputation
08-08-2020 at 06:21 PM #59
Vizio quality control is hit or miss. But I have been using this particular sound bar for 2 years without issue. My connection is via optical connection and Fios, 4K firetv connected. The sub has a lot of boom, sometimes from tv show to commercial the sound goes from high to low all of a sudden. But everything else works phenomenal right out of the box. I have recommended the htib to several people.
1
0
0
0
Reply

This comment has been rated as unhelpful by Slickdeals users
Joined Mar 2010
L3: Novice
167 Posts
56 Reputation
08-08-2020 at 06:34 PM #60
I have this and love it. Hate the fact that I share a wall with an annoying neighbor so rarely get t to use it. Excellent sound and features. Atmos is noticed although my living room is not completely ideal. The biggest issue is sleep mode! I changed the settings and that has fixed the issue but before it might take 100 minutes or longer to wake up oh and actually the WORST BY FAR is the REMOTE!!!!!!! but I use the smartcast app and that is fine
0
0
0
0
Reply
Page 4 of 5
1 2 3 4 5
Join the Conversation
Add a Comment

Get a Netflix Discount with the New Google Chromecast