Various Retailers have Sci-Fi Novel: Contact by Carl Sagan (eBook) on sale for $1.99. Thanks megakimcheelove 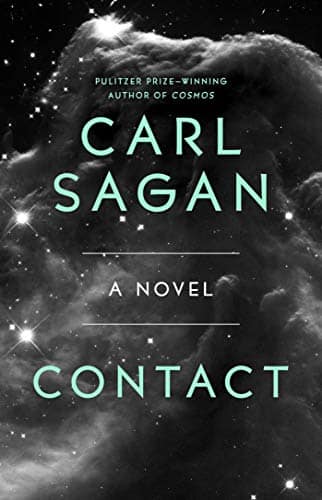 This comment has been rated as unhelpful by Slickdeals users
Joined Nov 2003
L4: Apprentice
464 Posts
202 Reputation
08-06-2020 at 03:04 PM #16
A great quote from the movie, but the conversation in the book has nothing even close. In the book the conversation between Ellie and Hadden is joined by a third party (Yamagishi), and Hadden's funniest quips are about him. Still, he does have a fairly clever line when Ellie figures out what's happening with the test sites.

"You mean you've been secretly assembling an identical copy of the Machine in Japan?"

I'm glad you're a Sagan fan, but it kind of sounds like you're implying he had some kind of deathbed conversion. He did not.

From Billions and Billions (co-written with his wife, Ann Druyan):

"Contrary to the fantasies of the fundamentalists," Druyan writes, "there was no deathbed conversion, no last minute refuge taken in a comforting vision of a heaven or an afterlife. For Carl, what mattered most was what was true, not merely what would make us feel better."

This kind of false attribution of a "deathbed conversion" shows up all over social media when prominent atheists die. Hawking, Hitchens, Sagan--none of them sold out at the last second as they saw the light, but Facebook grandma loves forwarding memes saying that they did.

This comment has been rated as unhelpful by Slickdeals users
Joined Jun 2011
Prince of Pennies
428 Posts
96 Reputation
08-06-2020 at 10:48 PM #30
To second other comments: the movie doesn't do it justice at all. The book really made me think, whereas the movie is just entertaining. They chop it up of course, but the worst part is that the movie really misses some of the deeper messages and wisdom of Carl Sagan. If you haven't read this, I definitely recommend.

Great deal, but not sure if I'm buying myself, I still have my paperback copy from before the movie. Been meaning to re-read that. Most of what I read is digital these days, paper will be nice to change to for once.
3
0
0
0
Reply
Page 2 of 4
1 2 3 4
Join the Conversation
Add a Comment

Lowe's Deal of the Day is Huge: 65% off Ceiling Fans and More
Copy Code & Open Site More Deals from
Did this coupon
work for you?
Copy
Link Copied to Clipboard