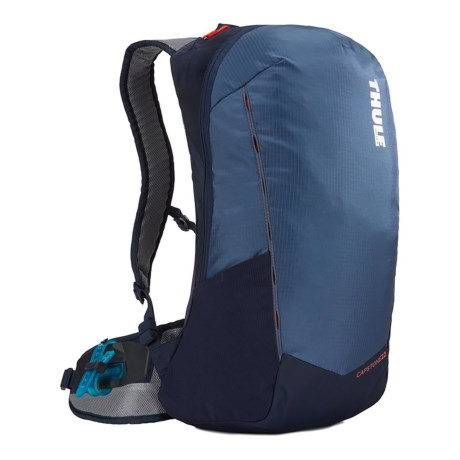 drow posted this deal. Say thanks!

FREE SHIPPING no min: Goto main page and wait for the popup that asks for email for newsletter in exchange for Free shipping. Should arrive in email within 15 minutes.
Add Comment
Reply
in Backpacks (10) Get SIERRA Coupons
If you purchase something through a post on our site, Slickdeals may get a small share of the sale.

Well Im trying to contribute now, I am giving out info about the prices last week since time machines dont exist. I think some slickdealers would like to know. I was shopping for a backpack so I am very familiar with all the clearance camping items sierra had.

Edit: I just checked I had my order in july 29. So the prices I'm talking about was no more than 2 weeks ago. Again I am not crapping on your post I didnt even thumbs down. Merely giving SD'ers info on the deal, I wouldn't buy anything now. Slim pickings like I said.
These were cheaper last week lol. For example the versant 70l was about $70-80 and there were way more options. Slim pickings now

08-12-2020 at 07:45 AM
Want a time machine? And it wasnt last week, it was last month and only a couple items were cheaper. Are you stalking all my threads because you seen it cheaper months back? While you only contributed 1 deal in 10 years?


edit: I should have explained it better.

You posted on MY other threads
"These prices are horrible! "
"These were cheaper last week lol."

Put yourself in my shoes.
I didnt respond because he said the price was cheaper last week, I responded because he is in MULTIPLE of my threads saying these things like he's stalking me.

Not only that, Ive searched Slickdeals prior to posting this and there has not been one thread on these backpacks from sierra. See here:
https://slickdeals.net/newsearch.php?src=SearchBarV2&q=thule&searcharea=deals&searchin=first
So technically, there wasnt a deal posted and many SDers have not had a chance to even take a look at these items.


I posted several deals that day and this guy comes into each one of them to comment these on them.
I understand prices fluctuate but this looked like a personal attack because he doesnt usually comment and when he did post, he just posted into my threads just to add these comments to them and multiple threads at that and these comments did not include a post that supported it, nor did he give an alternative place where people can get the deal cheaper.


I understand prices fluctuate, I just seen the WD Hardrive for $10 cheaper the other week, but I didnt go in there just to say that and "lol". Nor did I go to the OPs history and comment on his other threads. I generally only comment when I find something cheaper and I post the url to where its found cheaper, or an alternative product that is more valuable, or a review of the product.

I do not mind if someone posts that the person seen it cheaper, its part of this site to find the slickest deals and share them and have people disagree or agree but when you posted multiple times on multiple threads Ive started just to tell me I seen it cheaper a couple weeks ago, I felt this was personal attack.
It was not only 1 thread, it was multiple threads I started and as your post history shows you hardly even comment yet took the time to go into multiple of my threads just to say that, throw in the 'lol' without any supporting evidence or alternative. Now its on the front page. :shrug:
6
0
0
22
Reply
Last edited by drow August 15, 2020 at 01:52 AM.
This comment has been rated as unhelpful by Slickdeals users
Joined May 2010
L5: Journeyman
519 Posts
180 Reputation
Pro

Our community has rated this post as helpful. If you agree, why not thank ?
08-12-2020 at 11:18 AM #7
Well Im trying to contribute now, I am giving out info about the prices last week since time machines dont exist. I think some slickdealers would like to know. I was shopping for a backpack so I am very familiar with all the clearance camping items sierra had.

Welcome to SD we are hoarders and we believe is hoarding.
2
0
0
2
Reply