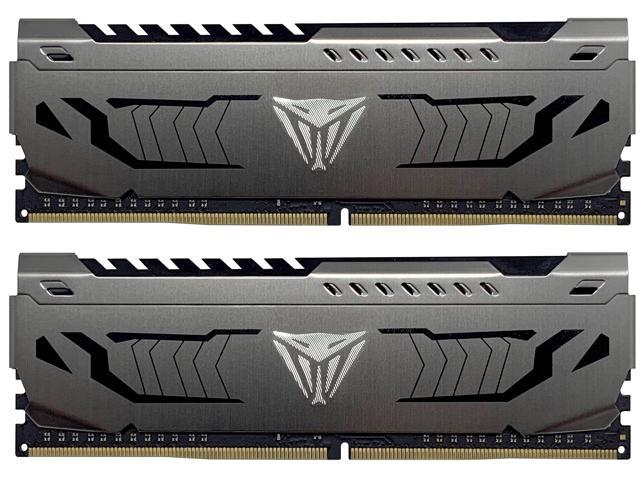 See Deal
Good deal?
You gave thanks to SDBuddy for this post.
Thank you!

SDBuddy posted this deal. Say thanks!

This comment has been rated as unhelpful by Slickdeals users
Joined Jan 2018
New User
10 Posts
10 Reputation
08-13-2020 at 02:12 PM #16
I can confirm this ram kit is amazing. I tightened my timings the second I got the kit and ended up with 4400mhz cl17 literally by just changing the numbers in the bios nothing else.

If you want a bad ass kit of b die for cheap and don't care about rgb this is it chief
3
0
0
3
Reply
This comment has been rated as unhelpful by Slickdeals users
Joined Dec 2005
L3: Novice
384 Posts
97 Reputation
Pro

Some people live in the country and don't have traffic lights.

Some (most) people don't strictly adhere to the speed limit.

Some places don't have speed limits.

Some people do autocross.

There are only 3 RAM manufacturers in the world. Samsung, SK Hynix, and Micron/crucial.

B-Die is made Samsung. It's their highest performing RAM. Most people say B-Die is the fastest RAM you can buy. Most people are probably right.

B-Die can easily be identified by timings. If the first three timings are the same number its probably B Die. For example 14-14-14 3200mhz is b die. 16-16-16 3600mhz is b die. Not coincidently the true speed of this RAM is actually the same... Clocking in right at 9 nanoseconds. Not surprisingly, it's basically the same RAM.

This is a highly binned, overclocked, "high performance" set... Clocking at some of the highest MHZ on the market, at tight timings.

Yes RAM performance can make a difference, but beyond 3200mhz there is diminishing returns (little to no improvement for Intel). And for some reason, RAM this high speed does not always equate to better performance.

Should you buy this RAM?

I personally would not. It can be debated if the 1.45V is too high of voltage. Especially it has been argued if the higher voltage can damage intel's memory controller over time.

Disclaimer: yes I have researched this quite a bit, but not recently. I would personally check if the voltage was compatible with both my motherboard and recommended for the selected CPU as well.

Default of Intel used to be 1.35V. It probably still is but I haven't checked it. 1.45V this requires will be a full. 10V higher than recommended which is significant.

08-13-2020 at 06:22 PM #26
Correct. For others, note that the 8.64ns that's a read latency involving only a portion of the command workflow, from opening up the row into the sense amplifiers and accessing the first bit of data, and not the additional time for precharing, recharging, switching from RD to WR or vice versa, or between banks, etc.

Also on Ryzen, on XMP (which includes GearDownMode enabled), it will round up tCL from 19 to 20. This makes the latency 9.09ns. You don't want to run that anyway, because while your memory clock is at 2200Mhz , the infinity fabric clock (fclk) will run at half speed, 1100Mhz. This impacts the speed of the interconnect between the cores, and from the CPU to PCIe (storage and GPU), USB, and sound periphs. AMD states about a 9ns overall read latency penalty. From somewhere in the mid to high 60s to mid to high 70s. (ouch!)

The goal is to run it at speeds like 3600 CL14 (7.78ns) or 3800 CL16 (8.42ns) or better. With higher memclock, and forcing 1:1 with FCLK, you get intercore latency reduction and bandwidth increase, which is valuable even if the read latency part of 8.42 might look slightly higher.

But, you wouldn't run that anyway, at least on Ryzen. You'd OC these with tight subtimings. See above.

Nice job! You probably know, but for others -- note that if you leave subtimings on auto, and only change a few, you will find some major negative auto-settings on your subtimings, and possibly undermining the point of going to 3800. You'll get some very long pre-charge (tRP), refresh cycle (tRC and tRFC) settings, and probably much higher tRDWR/tWRRD to make up for instability and lack of manual tuning. Only way to know is to benchmark to see what happened. Aida64 is fine, but also running SiSoftware Sandra Multi-Core efficiency test to look at its latency and intercore bandwidth #s. You're on Intel so you don't have the same Ryzen challenges.