FREE cellphone plan with 3GB data, unlimited texts/minutes for those who eligible

Q Link Wireless provides FREE Cell Phone plan to those who eligible . You may qualify for this plan through Q Link if you participate in Food Stamps (SNAP), Medicaid, SSI, , Section 8, or Veteran's Pension; or qualify based on income.

Lifeline Benefits:
To sign up and enroll for Q Link Wireless' Lifeline service: 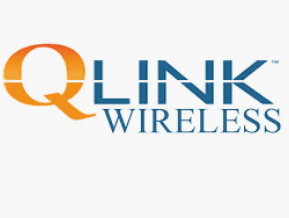 
One other advantage I found since I was already a Tracfone customer, they transferred my carryover data to the new Sim.


Patience though, it's a real PIA to deal with CS especially if you get one with a heavy accent. Best time to call is night - which I assume is their daylight hours.

1st call to CS, well multiple calls because they kept hanging up. Finally got thru and woman on the other end tried multiple things and nothing. Insisted we would get our minutes, Asked about a newer phone and that was a complete disaster. Like talking to a child that can't comprehend anything. Again insisting we would get our minutes and could clearly see we were up to date with renewal.

Week later get a snail mail saying you haven't received your minutes so do the following (turn on phone, manual attempt to get minutes etc). Service days near zero screen pop up saying call this number for transaction.

2nd call to CS. Got a guy saying service is ending, do your renewal. Told him it had been done and if he checked he could see that. He attempts to do something on his end. Doesn't work. Says we need a new phone as something is clearly wrong with the one we have. Ask again about getting something newer and he flat out says NO! The one you have is the one your going to get. Expect the new one to arrive in a week or so.

Yeah, have a nice day buddy.

Pic of our phone attached.

After setting up and figuring out some basic functions saw an issue. We were told that all our minutes that were on the prior phone would be transferred over to the new phone. Well we lost 47,823 minutes (no, that is not a typo). Our prior plan was that minutes never expired and were always added the next month (thus the large amount of minutes we had).

Phone call made to see what happened and got ahold of a nice woman who informed us that the phone we had was no longer available back in July. She was unsure why anyone that we had contacted was telling us we would receive the same (or one like it) as they no longer have basic phones. Reason being (according to her) is that this is the result of the pandemic. I guess being that they wanted to provide people with newer tech (smart phones).

Inquired about our minutes. Oh, so sorry, your minutes are gone, poof, no longer exist but you should be seeing 1,999 minutes on your new phone. Yup, confirmed. She then says you won't get that each month but will instead get