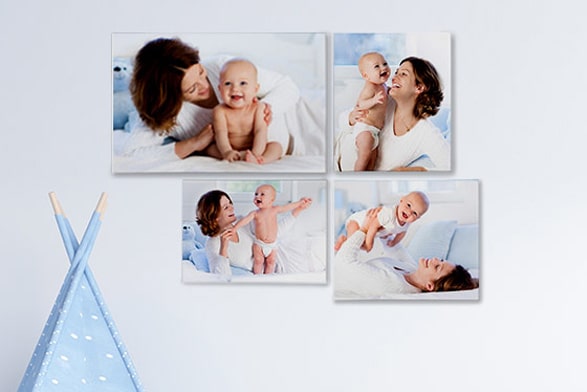 Written by Edited August 29, 2020 at 08:23 PM by
https://www.canvaschamp.com [canvaschamp.com] have Custom Canvas Prints in Portrait or Landscape for $17.90 when you apply coupon code below:


Add Comment
Reply
in Home & Home Improvement (8) Get CanvasChamp.com Coupons
If you purchase something through a post on our site, Slickdeals may get a small share of the sale.

This comment has been rated as unhelpful by Slickdeals users
Joined Mar 2011
L3: Novice
123 Posts
37 Reputation
08-27-2020 at 05:02 PM #16
I just got mine today from the 30x40 deal and am pretty disappointed, even with lamination. The color reproduction is just plain bad. A lot of greens and browns from my photo just turned out looking all blended together in a kind of barf color. Some noticeable banding/striping too in the print. Far inferior to the other (albeit 16x20) ones I've gotten from Easy Canvas and Canvas on Demand. You get what you pay for.

EDIT: In fairness, some of the blending of colors is likely due to insufficient photo resolution and maybe wouldn't be as big a deal on a smaller print. Still, color accuracy of the sky seems off, and the banding has nothing to do with the photo.
0
0
0
0
Reply
Last edited by jaylom August 27, 2020 at 05:09 PM.
This comment has been rated as unhelpful by Slickdeals users
Joined Aug 2017
L1: Learner
20 Posts
34 Reputation
08-27-2020 at 05:53 PM #17
I have on the last deal from them, quality is good comparable to some I had done at shutterfly. One print was scratched before it was packaged, scratch was under the protective wrap and I am currently working with their customer service. They do seem responsive.

I'm NOT impressed with the quality. Both large ones had some major quality issues.

1) dirty spots: I was able to clean off with a Magic Eraser as someone recommended (perhaps water alone would have worked)
2) a smudge of something on the corner. I used Magic Eraser but it apparently scrubbed the ink right off the canvas, and that, which turned that corner white

Even if they reprint these, the canvases seem low-resolution compared to others I've gotten (From CanvasOnDemand, for instance), and the colors are flat/dull. There are some canvas ripples seen when viewed at a sharp angle.

On four of the small canvases, I chose a black edge. They are generally not aligned well with the front image spilling over partly onto the sides, but the error is particularly bad on one where the front image overlaps a lot on each side, as much as 1/4" (6mm). It looks really amateur.

In a few cases, the flap of canvas that's stapled over overlaps the edge and is visible in the front. This may be fixable with scissors or an exacto knife, but it's sloppy.

I emailed customer service and they offered a reprint or just a 20% refund if I want to keep the print.. but I will not be using this lab again and can't recommend them.

They were super cheap, but you get what you pay for. If you really just need a lot of canvases, or something for a temporary use, it may meet your needs, but if you want to show off photos you're proud of, look elsewhere.

This comment has been rated as unhelpful by Slickdeals users
Joined Feb 2018
New User
13 Posts
14 Reputation
08-28-2020 at 08:29 AM #30
I ordered 3 18x24" canvas prints on the last deal, they were roughly $20each, prints were high quality and packaging was top-notch. They came DHL International from India, it took about a week to process through customs. I thought they were worth the wait.
0
0
0
0
Reply
Page 2 of 3
1 2 3
Join the Conversation
Add a Comment

Citizen watches on Amazon deal of the day. Navihawk atomic $225 and more

Lowe's Deal of the Day is Huge: 65% off Ceiling Fans and More

How Open Box Deals Work and What to Know to Save Up to 50% on Big Ticket Purchases
Copy Code & Open Site More Deals from
Did this coupon
work for you?
Copy
Link Copied to Clipboard