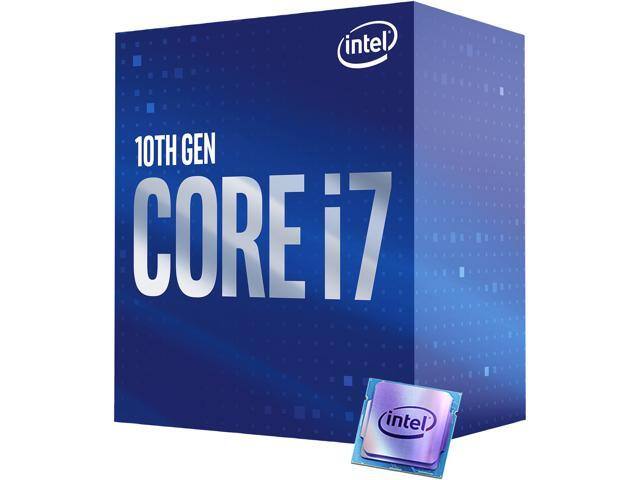 Ask our community of deal experts a question about this deal, product, or store.
Want more deals like this? Create a deal alert for CPUs.
Add Deal Alert for CPUs

To be clear I would get an AMD if I didn't play games a lot, run Serato DJ, or Topaz Labs Video Enhance AI. The last 2 only work on Intel processors.

https://www.microcenter.com/produ...-processor
1
0
0
0
Reply
This comment has been rated as unhelpful by Slickdeals users
Joined Jul 2014
L4: Apprentice
313 Posts
35 Reputation
08-28-2020 at 11:32 AM #22
I see the promo link but it goes to MSI combo promos. The same GAMESDAY27 and GAMESDAY29 codes don't work for the gigabyte boards that have the save $50 promo text on them. Might end up getting the Gigabyte board on Amazon. Some models are $30 cheaper.

EDIT: I searched for certain Gigabyte Mobos and the combo came up in the search. A Gigabyte UD AC (wifi) ATX board and i7-10700 processor for $415. I'll bite/byte

Also the 10700k was just on sale for $350 at microcenter
0
0
0
0
Reply
This comment has been rated as unhelpful by Slickdeals users
Joined Aug 2014
L6: Expert
1,604 Posts
126 Reputation
08-28-2020 at 12:52 PM #26
And then AMD has an entire lineup coming out in October, according to rumors. But I suppose that AMD is in no hurry, considering how well their 3000 series is still doing. That and coming out with a new lineup, even if on the same node die, requires a lot of orders from TSMC, who are already overwhelmed by other companies, and other AMD products at this point.
I would put my money on AMD focusing on XBOX and Playstation production, for the 7nm foreseeable future. I would not be surprised if they skip the desktop ryzen chips, to focus on the 5000 5nm series for next year, as TSMC might have pushed them to do so.
If I didn't already have a 3700x, then I would pick up the 10700k, and be happy with that for a few years. I'm happy with what I currently have though.