$1,800.00
+7 Deal Score
19,704 Views
Although the web page doesn't mention this, there was a sign on the front that says you also get a $100 Lowe's gift card and a Ring Video Doorbell Pro. I just bought this refrigerator today. (Tax free weekend in Massachusetts) Apparently, you have to buy the doorbell at the store and submit a rebate form for the $100 gift card and the price of the doorbell. 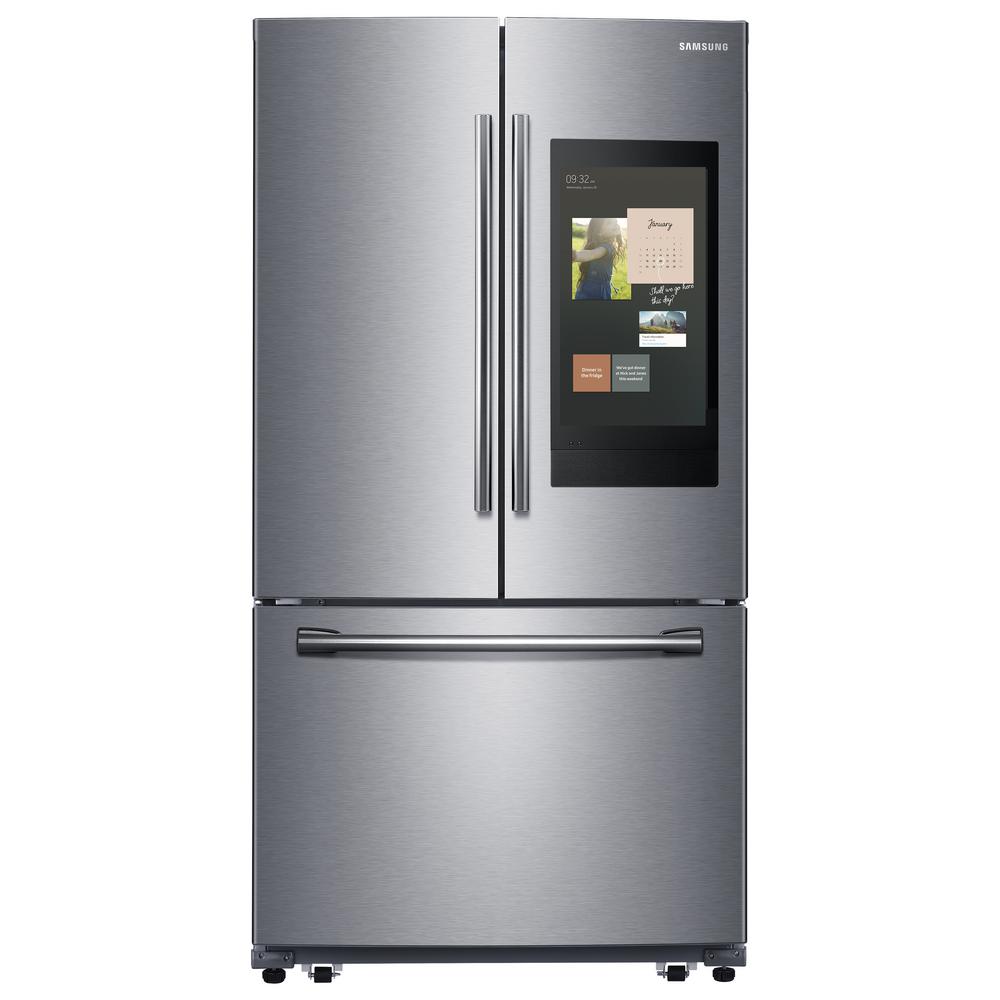 Jon7sky posted this deal. Say thanks!
Add Comment
Reply
in Refrigerators & Freezers (4)
If you purchase something through a post on our site, Slickdeals may get a small share of the sale.

I had a W/D pair that both died at the 14th month mark. And repair came out only to break them more; then turned around and said the pair was "too old" and to "buy a new set". Fortunately Samsung replaced them for free... but I'll never buy Samsung again.

Repair people don't like Samsung since they are not given instructions on how to diagnose problems, so they are faced with replacing all 5 boards, which is very costly, or doing them one by one, which can be costly and can take weeks to order one board, try it, order another, try it, ... The boards are not returnable and the repair person doesn't want to buy and hold them since they are not universal. Failure rates are a bit higher on Samsung, but repair costs end up much more costly and time consuming, sometimes to the point that it nears the cost of the fridge. The customer ends up upset at the repair person over the cost.

Pretty much reflects my experience with the Samsung RS275 model we bought 10 years ago. It always has had an issue with the icemaker not shutting off and over flowing ice in the bucket - making it nearly impossible to remove the bucket to clear it. There's a plastic "arm" that is supposed to detect when the bucket is full, but there's nothing to lift the arm up after each ice dump to detect this, as ones made by other mfgrs have a metal arm that rises as the ice is dumped, then lowers to the ice level and shuts off. A major fail in design. As I see it, this plastic arm is forced upwards as ice is dispensed forward, supposedly shutting off the icemaker. In practice, this doesn't work at all. So I wound up just shutting off the icemaker from the front panel when it's full as a work around - for 10 years now.


We had the same issue with the defrost heater. Water would collect and overflow from the small tray that collects it when it defrosts, instead of flowing out the small drain hole. When this small hole ices up, the water has nowhere to go and just overflows under the fresh produce drawers. I took it apart recently and thawed out the drain hole and blew it out with a compressor. I found ice had accumulated and the condenser fan was rubbing against it, making a loud racket and eventually stopped turning due to the ice buildup. I disassembled the entire assembly and thawed out everything, and for the moment, it's working normally again. I know it'll ice up again and I'll have to do the same thing again after a while. A royal PITA.


Also, the digital display on the front has dimmed to the point that it's almost impossible to read. New display boards aren't available anymore. I'm an electronics tech, so I know I could, under reasonable circumstances, replace the degraded LEDs in the display - but, this is a sealed 7-segment module that is pretty much nearly impossible to take apart, it's a potted unit that was not meant to be serviced. I'd have to take a super hot knife and try to cut the top of the display module off, and remove the SMD LEDs and solder in new ones. Nearly impossible, even for someone with experience as I have.


To sum it all up, don't buy Samsung appliances. Hard to service, hard to get parts, not very reliable (although, at least the compressor is still working properly for now, knock on wood). I hear LG is even worse, with their "Linear Compressor" design and high failure rates, the subject of a class action lawsuit, I believe.
2
0
0
0
Reply
This comment has been rated as unhelpful by Slickdeals users
Joined Mar 2017
L3: Novice
1,488 Posts
214 Reputation
08-30-2020 at 11:54 AM #21
My cousin got similar if not exact same model with screen built in and month later ice maker stops working (freezes to chunk of ice apparently)which was ironical since one of reasons they bought new one besides size was ice maker on old one stopped working. It looks like a major defect which can't be fixed permanently only remedies over and over to keep ice maker functioning somewhat.
My dads older Samsung model suffered the not defrosting of the fridge section with heating element not having part that would defrost drain hole as well yes you get tons of ice that stops recirculating fan but before that it makes crazy noises trying to shave that ice), then heating coil went, then I had to replace whole defrost metal "pan" because it rusted to pieces and stopped defrosting ice where metal was missing. My uncle has LG which is very similar POS if not worse, it took like 5 repairs to make it semi-working.
I got whirlpool one based on those experience and so far besides expensive water filters and lousy easily breakable shelves/drawers don't have any complains about it.
0
0
0
0
Reply
Last edited by AlexS2465 August 30, 2020 at 12:07 PM.
This comment has been rated as unhelpful by Slickdeals users
Joined Apr 2007
L2: Beginner
33 Posts
14 Reputation
08-30-2020 at 11:57 AM #22
Actually on here looking for a fridge because my LG stopped cooling for the third time in 6 years. After the 2nd time, I was actually a happy customer because I didn't have an extended warranty but they sold me one at time of incident and that covered the cost. But averaging every other year is insane in inconvenience alone.

Thanks for the recommendations - going to try and land with a Whirlpool or GE.
0
0
0
0
Reply

08-30-2020 at 01:56 PM #29
I worked for Sony for 17 years as a technician, I can tell you from first hand experience that their quality went way, way down from the time I began working for them in the early 80s. Many products that originally were all-metal chassis went to all-plastic, such as the original CDP-101 that was built like a tank, to the cheapo throwaway units years later. By the time I left there, almost everything they made was considered disposable, even formerly expensive items like Camcorders.

I thought about buying a Sub Zero fridge, but even their quality has gone downhill. They're still made in the USA, but there's many complaints about leaking refrigerant lines as well as Main board problems that I've been scared away from them - they're not cheap either, starting at nearly $10K.

May as well buy a Whirlpool/GE/Maytag, at least they seem to be repairable fairly easily, when they inevitably break.
0
0
0
0
Reply

10% off Amazon Coupon Up to $20 Off! USPS Temporary Mail Forwarding or Permanent Address Change Offers
74  •  87

Lowe's Deal of the Day Is Spacious: $99 Foldaway Work Desks and More