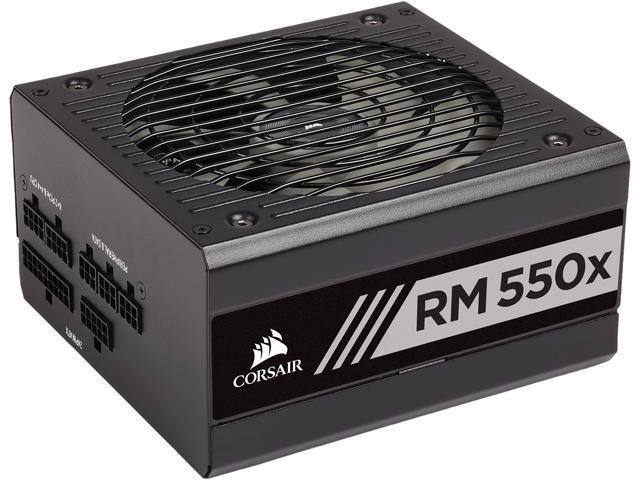 for this exact same price you can order a CX750M direct from Corsair's site with free shipping.
It's not fully modular but why wouldn't you want something that gave you some more overhead for the future. You're going to use those motherboard cables anyway so fully modular makes no sense

1
0
0
1
Reply
This comment has been rated as unhelpful by Slickdeals users
Joined Sep 2016
New User
4 Posts
10 Reputation
09-08-2020 at 12:49 PM #8
Is 550 watts really too low? If I go through any wattage calculator and put my entire system in there, unless you are going with crossfire/sli setup, pretty much any modern gaming setup seems to be well below 500 watts (and even below 400). 550 seems have plenty of head way and as long as it is a decent tier PSU I think it should be more than adequate.
0
0
0
0
Reply


FWIW I won't buy seasonic again if you pay me.

It came with a 7 year warranty... .which is nice, because I've needed it way too often.


All 3 times return shipping was on me.... and they refuse to cross ship


So I was without the PC for about 2 weeks every time.


Warranty was up a few months ago, and it's about due to die again too... hopefully it holds out for another month or two for me to build my new machine once Zen3 and 3090 stuff is available.... never again Seasonic though.

And FWIW, it's running on a line interactive pure sine UPS.... (and not the same UPS the whole time either).


And it is one of half a dozen desktop PCs running in the same house- none of the others have had a single power supply failure during that entire period.... (they're not all that old, but the PCs they replaced never had power issues either).

Lets you reference the platform and OEM maker of virtually every power supply out there.

Not only is it not made by Seasonic (CWT is the OEM)- and not only does it have a 10 year warranty (the seasonic was 7)-but most importantly- Corsair will cross ship a replacement so that unlike Seasonic you don't have to go 2-3 weeks without a working PC if you do have a problem.
0
0
0
0
Reply
Page 1 of 1
1
Join the Conversation
Add a Comment