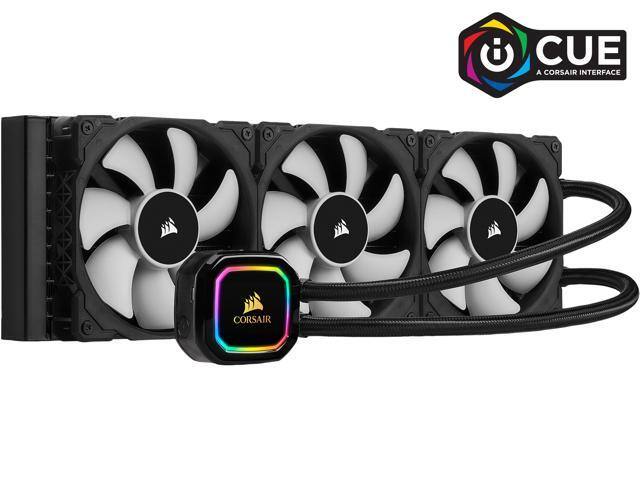 DJ3xclusive posted this deal. Say thanks!
Add Comment
Reply
in Computer Fans & Coolers (8)
If you purchase something through a post on our site, Slickdeals may get a small share of the sale.
Deal
Score +13
8,718 Views
$144.99
See Deal

I just really wish corsair would sell them without fans, and a basic rgb header on them for motherboard controlled rgb.

That way all your rgb can be synced in just one place.

BTW, there's been many benchmarks that say a quality CPU fan cooler can cool your CPU as good as an AIO, if not better. They also only last a few years, most quality AIOs only last around 5 years, some cheaper ones will break a lot sooner. Fans can last many years, even more than a decade.

I'm not saying they're bad, you just have to weigh your pros and cons

4
0
0
0
Reply
This comment has been rated as unhelpful by Slickdeals users
Joined Jul 2014
L3: Novice
284 Posts
31 Reputation
09-10-2020 at 02:34 PM #14
If you want better performance at this price range get an Ice giant. If you don't mind 4 120mm fans. Look at the YouTube reviews of the prototype. It's not as nice looking as RGB liquid coolers but the performance is amazing.

As far as I can tell with my Corsair AIO, the pump-speed and fan-speed stay constant unless you install iCue. I have it installed currently, but I refuse to update it ever again. If it works, it's fine, though it steals more system resources than I think it should. When it doesn't work, it could be some of the worst software you have ever installed.
Depends who makes the product. Corsair wants their own RGB ecosystem, where various other manufacturers let you use motherboard RGB headers.

RGB isn't my main concern though, but the inability to monitor/change pump speed or fans without iCue is an issue. If they made a "Lite" version that just controlled the essentials for the specific product, I wouldn't be typing this. However...

It tanked my performance so bad after an update once about a year or year and a half ago, and it was a PIA to get it purged from my PC. I waited several moths before re-installing it. I looked it up, and this seemed to be a common issue with many people with specific updated versions. If you have it installed currently, and it works without causing major issues to your PC, never update it. Just my advice.

I'm sure that this isn't everyone's experience, but it was mine and many others. I think Corsair still makes some good products, but I tend to avoid buying anything that requires iCue from now on. I'll also be getting rid of this 280mm AIO as soon as I find a good alternative at around the same price.

32 Degrees 4TH ANNIVERSARY SALE UP TO 75% OFF + FREE SHIPPING