Note, a Steam client/account is required in order to install/play. 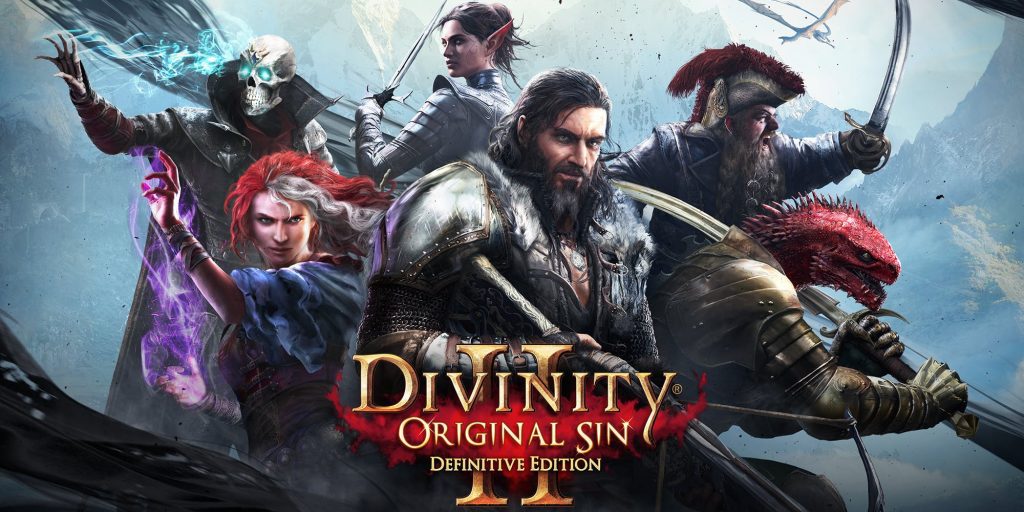 Chrobar posted this deal. Say thanks!

Did a quick search, and this is historically the lowest price

Add Comment
Reply
in Computer & PC (2) Get Steam Coupons
If you purchase something through a post on our site, Slickdeals may get a small share of the sale.

I just started playing Original Sin 2. It's a little brutal starting, but has a better leveling system than pillars of eternity 2 (also playing right now)

You can do split screen (one game copy), you can do co op with one copy on separate computers via LAN etc (tested, works), or own separate copies.

On the other hand, it's so good and so much cheaper right now than it has ever been that it's impossible to say not to buy it. If the game even sounds remotely interesting to you (X-Com meets D&D fantasy and mechanics meets huge open world with multiple pathways and storylines), then just buy it. Within a week of me playing it and talking about it, I had 8 friends immediately get hooked. Now we have so many people and campaigns running it becomes awkward to divide up who plays with who.
1
0
0
0
Reply
This comment has been rated as unhelpful by Slickdeals users
Joined Nov 2010
L3: Novice
192 Posts
238 Reputation
09-12-2020 at 12:42 PM #40
Awesome thanks gonna pick it up. I found Diablo 3 too shallow but loved Neverwinter back in the day. I assume it's more like that?
0
0
0
0
Reply
This comment has been rated as unhelpful by Slickdeals users
Joined May 2010
L3: Novice
207 Posts
45 Reputation
09-12-2020 at 12:52 PM #41
As someone who played this on PS4 but thought the controls were too hard to get into, would a traditional mouse and keyboard be enough to make this experience fresh?
0
0
0
0
Reply
This comment has been rated as unhelpful by Slickdeals users
Joined Mar 2010
CEO of the Internet
1,546 Posts
533 Reputation
09-12-2020 at 01:03 PM #42
The game definitely has more in common with Neverwinter than Diablo, particularly the RPG elements. The combat, however, is purely turned based (while Neverwinter/Baldurs Gate were more point-and-click with the option to pause and strategize). Think Final Fantasy Tactics or X-Com for the battles. Each battle takes place on what is kind of a big 3D chess board, and each character can move different distances and use different spells depending on their available action points and talents/gear. The number of options for "builds" and synergy between classes is staggering, so I won't even start down explaining that rabbit hole.

One hilariously broken example is the "Barrelmancer" who specs heavily into Telekinesis. You find the biggest chest/barrel you can, fill it with heavy stuff, and then drop it on enemies from high places with your big brain powers. You will find tons of ridiculous builds online, including a tremendous modding scene that I haven't even touched that adds hundreds of more abilities and dozens of class options.

The combat is a blast, but the world-building is just unreal. Dark humor, perfectly written moral grey areas, and sassy NPCs that really test your restraint. Your class/spec/character background influences all of your conversations in the game, so each playthrough can take you on a totally different path through the story. If you take the "Animal Empathy" talent at some point, for example, you can talk to animals in the game and have access to quest lines that no one else has (one of the opening areas is full of screaming pigs cursed in eternal hellfire, and in order to figure out that mystery someone in your party needs to be able to talk to animals). A dwarf can crawl into the tiny cave, while a human needs to find a secret hatch. The high strength character can just shove the door open, while the mystic can read the secret language on the door. I could go on and on.

The game is just so full of memorable moments that once you get rambling about it to someone you sound like a crazy person.

I will say the game is probably not for EVERYONE, but I think a lot of people who wouldn't think it their kind of game would be blindsided as it sank its hooks into them. The combat plays more like a game of chess than a game of Diablo, and the world is huge, overwhelming, requires reading, and does not hold your hand. But it's probably one of the greatest RPGs ever made. One last bit of advice: quicksave often!
2
0
0
0
Reply
Last edited by prankies September 12, 2020 at 01:15 PM.
This comment has been rated as unhelpful by Slickdeals users
Joined Nov 2010
L3: Novice
192 Posts
238 Reputation
09-12-2020 at 01:33 PM #43
Awesome. Love turn based combat. I love towns and taverns. Lot of that in this too?
0
0
0
0
Reply
This comment has been rated as unhelpful by Slickdeals users
Joined Mar 2010
CEO of the Internet
1,546 Posts
533 Reputation
09-12-2020 at 01:41 PM #44
Act I takes place almost entirely on this prison island/concentration camp/reservation type place, hard to explain without spoilers. But there are some encampments with vendors and kind of a main castle/town section. When you make it to Act II, the whole town/tavern thing gets crazy. Dozens of people in each bar with their own stories and quests.

Last night I was swindled by a lizard prostitute after a magical evening. I woke naked and surrounded by her pimps. Fortunately, they left the magic pyramid in the bag of my stuff, which allows my friend playing coop with me to use his matching pyramid to teleport directly to my location, bypassing the bouncers outside the bar. If it weren't for those magic pyramids that we found in some random cave hours before, I would have lost 100% of my items and gold in that moment. Instead, we killed the pimps, freed the prostitute, and then went down back to the tavern where we followed up on a quest to find a local dwarf (terrorist or freedom fighter?) setting off bombs all over town.
3
0
0
0
Reply
Last edited by prankies September 12, 2020 at 01:47 PM.