$699.99
+25 Deal Score
16,615 Views
I have been researching bots for a while.. I even got in on the S9+ and m6 deal a week or two ago on amazon but it was disappointing to say the least.. Supposedly this is the new latest and greatest thought the software supposedly isn't as good as roborock. Anyways the bot itself was going from amazon for 100$ off 650$ but it was from a seller with only 5 sell history so I didn't trust that. I saw this deal today with an auto emptying base. The base is usually 250$ on ecovac's website and the bot is 650$. Even if they don't charge you tax this best buy deal still comes out better with tax by over 100$(for me at least). It is usually $900 on their website and even with the $100 off coupon that that seller had on amazon this is still a better deal. The T8 is supposed to be better than the AIVI for it's better avoidance skills than even the camera that the AIVI has.

Anyways please go easy on me if I made any mistakes.. This is my first post.. 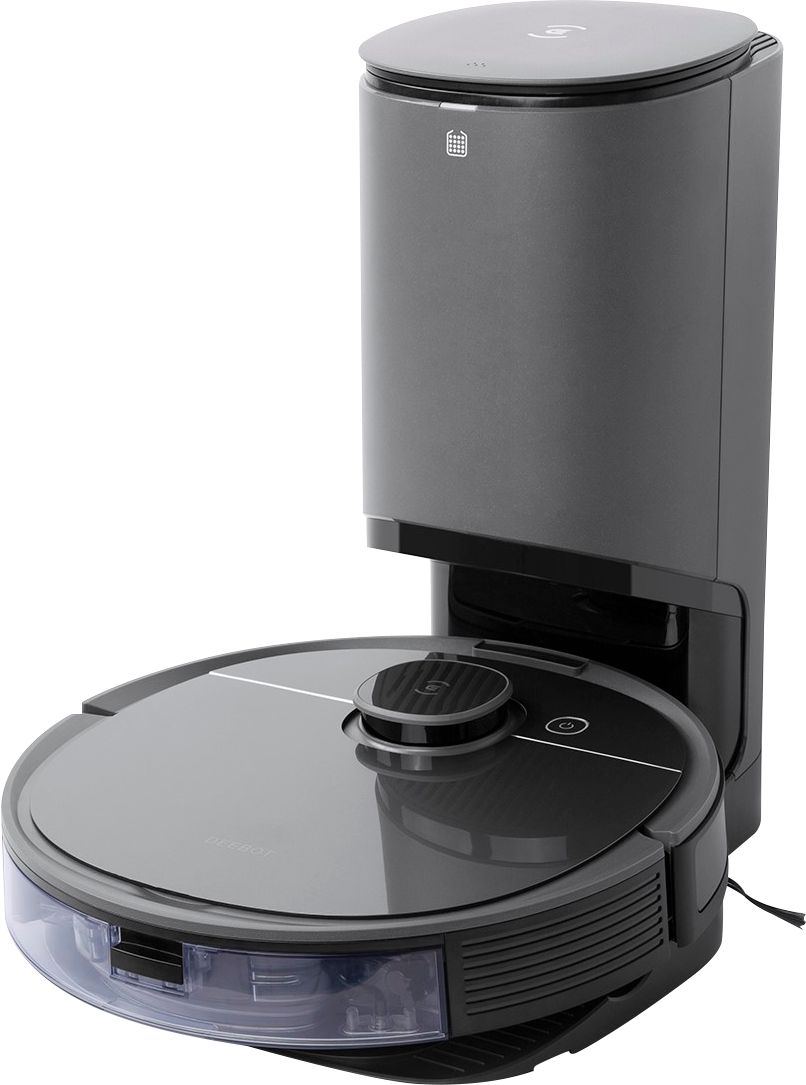 Jerky_san posted this deal. Say thanks!
Add Comment
Reply
in Vacuums, Carpet Cleaners & Floor Cleaners (6)
If you purchase something through a post on our site, Slickdeals may get a small share of the sale.
Deal
Score +25
16,615 Views
$699.99
See Deal

09-12-2020 at 04:57 PM #5
Aivi has an advanced ai camera system but it appears in test it does worse in avoidance to the t8 with 3d sense. Please see this youtube video below. Also at least anecdotally people on reddit like the t8 over the t8 aivi.

Roomba and Neato are late to market.
6
0
0
1
Reply
This comment has been rated as unhelpful by Slickdeals users
Joined Aug 2012
L3: Novice
606 Posts
94 Reputation
Original Poster

There's a coupon code that'll get you that Neabot for $420 if you're looking for that. It doesn't support mopping. Object avoidance seems to be superior.
I was going to buy it but cancelled. Am trying to wait it out for the next generation of mopping bots that can self wash the pads and have better emptying bins. Or make it affordable to have two separate units that do each.

AIVI is probably the only bot that will be able to avoid stuff like dog poop though. And because it's computer vision based, it will probably improve over time as the Ecovacs team updates their image recognition.

Probably the LIDAR tech is just more mature right now. Easier, quicker, and more efficient to implement reliable algos by depending on constantly updated distance measurements than fine tuning machine learning data to derive from low res 2d camera feeds.
I'm guessing that they will at some point try to collect data from the cameras to use in their algos, although because these guys aren't US companies privacy advocates will call bloody murder on them. If they are aware of this (they've been adding a lot of privacy policy pop ups in their apps recently so they probably are aware), we would have to wait for them to collect vision AI data from Chinese households.
Surely way behind.
Of course maybe they know something I don't, but IMO they should have been working on camera computer vision tech ages ago instead of trying to push self-emptying bins and premium pricing while being basically sitting ducks. Maybe they just assumed that the hockey puck and optical navigation algos were good enough and thought scheduling and boundaries weren't important, nor convenience of not having to inspect a room and remove everything before vacuuming or react well to obstacles. Now they're way behind without early machine learning data to get first mover's advantage the way Google did with the Pixel's camera.
I have serious doubts that iRobot or Neato will be able to outperform the Chinese companies who already have working AI products and an infinite amount of people to scrape data from to incrementally improve their algorithms. On top of the fact that they have LIDAR which already does enough of a good job that the AI implementation only needs to be an afterthought or edge case or improvement layer.
Although, I do feel like with LIDAR, navigation improvements are sort of diminishing returns at this point. They could have at least tried to up the ante on the mopping bots, but so far they've really just delivered more of the same with poor navigation.
3
0
0
2
Reply
Last edited by junhao123 September 12, 2020 at 07:23 PM.
This comment has been rated as unhelpful by Slickdeals users
Joined Oct 2015
New User
4 Posts
10 Reputation
09-12-2020 at 07:57 PM #12
Every other day about. One upstairs, one downstairs. Hardwood floors.
0
0
0
0
Reply
This comment has been rated as unhelpful by Slickdeals users
Joined Jan 2010
DealMaster
5,554 Posts
1,185 Reputation
09-12-2020 at 09:09 PM #13
Roomba and Neato (American Co's) gave away their tech and outsourced the manufacturing and they are now looking at a serious competitor. in RoboRock.
0
0
0
2
Reply
This comment has been rated as unhelpful by Slickdeals users
Joined Jan 2010
DealMaster
5,554 Posts
1,185 Reputation
09-12-2020 at 09:12 PM #14

You really, really want these things to break. I am not sure about Deetbot. Hopefully OP will post. But with RoboRock there are no replacement parts. That means, when the Robot breaks you get your money back if you have an extended warranty. My preferred Warranty is Walmart. If you like OP's deal Walmart should price match, and then add the 4 year extended warranty. If the robot breaks you will get a Walmart gift card.
1
0
1
0
Reply
This comment has been rated as unhelpful by Slickdeals users
Joined Oct 2010
L7: Teacher
2,274 Posts
393 Reputation
09-12-2020 at 09:27 PM #15
This is good advice. It's too bad I didn't see this sooner.
Do they make you bring the bot into the store or mail it in?

Asurion warranties (on Amazon) haven't gone well for me. I've had good experiences with SquareTrade, but you'd have to buy from eBay to get ST extended warranty.
0
0
0
0
Reply
Page 1 of 7
1 2 3 4 5
Join the Conversation
Add a Comment
Deal Alerts