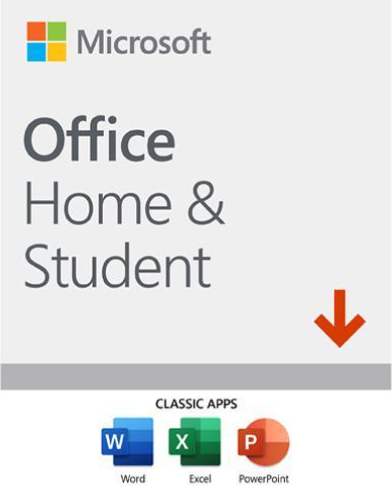 This comment has been rated as unhelpful by Slickdeals users
Joined May 2012
L1: Learner
15 Posts
13 Reputation
09-16-2020 at 09:05 AM #106
Seriously. I try to prefer FOSS solutions, but Excel/Word are my exceptions. Too many features are implemented differently, too many shortcut key combinations don't work.
Maybe it'd be different if I used Libre- or OpenOffice for work, too, but switching back and forth is just painful.

0
Reply
This comment has been rated as unhelpful by Slickdeals users
Joined Jul 2017
L1: Learner
13 Posts
22 Reputation
09-16-2020 at 09:08 AM #107
I guess you don't work with large data if you did then you would understand how efficient that single formula is compared to conventional index match countif array

0
Reply
Last edited by SlickCrowd6832 September 16, 2020 at 10:04 AM.
This comment has been rated as unhelpful by Slickdeals users
Joined Apr 2020
L8: Grand Teacher
3,523 Posts
184 Reputation
09-16-2020 at 09:49 AM #112
Is Your Antivirus Software Spying on You? Selling your data to third-party advertisers? Decrypting encrypted web traffic? Installing potentially unwanted programs on your computer? And the WORST offence..... (wait for it).... Cooperating with governments
It's theoretically possible that antivirus software could be leveraged to help government agencies collect information on users. AND... Undermining security and giving hackers access to private data. Sometimes, security software does the opposite of its desired intent by undermining your security.

I believe Norton is GUILTY of all offences.

The FBI confirmed the active development of Magic Lantern, a keylogger intended to obtain passwords to encrypted e-mail and other documents during criminal investigations. The FBI intends to deploy Magic Lantern in the form of an e-mail attachment. When the attachment is opened, it installs a trojan horse on the suspect's computer, which is activated when the suspect uses PGP encryption, often used to increase the security of sent email messages. When activated, the trojan will log the PGP password, which allows the FBI to decrypt user communications.[29] Symantec and other major antivirus vendors have whitelisted the Magic Lantern trojan, rendering their antivirus products, including Norton AntiVirus, incapable of detecting it.

0
Reply
Last edited by MrHooper024 September 16, 2020 at 10:16 AM.
This comment has been rated as unhelpful by Slickdeals users
Joined Dec 2016
L3: Novice
115 Posts
18 Reputation
09-16-2020 at 10:08 AM #115
Interested in seeing where this is documented and what alternative AV products you recommend. I've been using Norton for years, no issues with system performance. Also use paid version of Malwarebytes.

0
Reply
This comment has been rated as unhelpful by Slickdeals users
Joined Oct 2013
L5: Journeyman
740 Posts
113 Reputation
09-16-2020 at 10:40 AM #116
Why couldn't you install it again?
Even if it's OEM version, you should be allowed to reinstalled it again because changing hard drive is not considered system change.

I just use Windows defender. The Tec guy (twit.tv) who I totally trust has stated... no virus program is perfect.... one catches xyz and the other catches abc... point is why install anything on your computer that will slow it down when there probably is no benefit.

Before windows defender I used Nod32. ​