$100 manufacturer's savings is valid 9/14/20 through 9/18/20. While supplies last. Limit 5 per member. I believe this is online only. Couldn't confirm if this or a similar deal is available in-store. Available colors - White, Grey, Black and Red.

It would nice if it also included the two small 8oz cups as well but this looks good. Almost similar to the 7500 blender package deal that was posted last month. Ascent series is the latest model series and comes with all the bells and whistles like touch buttons, wifi, bluetooth connectivity, etc.. 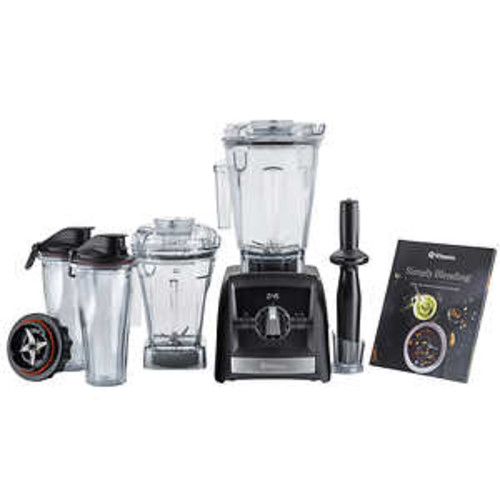 SDNovice posted this deal. Say thanks!
Add Comment
Reply
in Blenders & Juicers (6) Get Costco Wholesale Coupons
If you purchase something through a post on our site, Slickdeals may get a small share of the sale.
Deal
Score +6
5,822 Views
$499.00
See Deal

09-15-2020 at 06:48 PM #14
Thats what I'm going to do. I already ordered the 2300 for $499+tax; and will get the bowl from Amazon probably or pick up from a store if its available.
The Ascent package is the "smart" line series. The motor is the same. However the ascent series has the bluetooth, wifi compatibility and may come with the smart sensors and all that good "smart" stuff (you can operate from your phone, etc). Is it better? I doubt it. Its just convenience. In fact, the legacy model is proven and may work longer years because its all mechanical. V1200 will have very little difference when compared with the Ascent series apart from these few hitech capabilities. This bundle of 2300 has a 48oz dry container in addition to the one you picked from the roadshow. Thats the only difference in the value I can think of. The dry container is probably worth about $130 but if you dont need a dry container dont bother.
If you like the convenience of Ascent, choose 2300. However If V1200 has the same price as the 2300 and if the bundle is the same, 2300 would make sense because I'm getting the top of the line series for the same price but for example, if V1200 is $499 bundle and 2300 bundle is $599, I would pick the V1200. I really liked the 2300 with this bundle of a wet and dry jar, and two 20oz jars. At $499 its good. I could have picked the E320 bundle for $399 but that personal 20oz jar adapter is really cumbersome to use, so I was hesitant. For me the 20oz jar has more frequent usage than the two bigger jars, so the E320 was a no go..