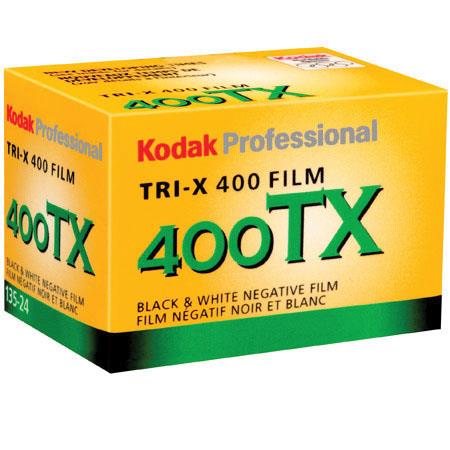 Trumpys posted this deal. Say thanks!
Add Comment
Reply
Created 09-15-2020 at 08:32 PM by Trumpys
in Camera Accessories (5)
If you purchase something through a post on our site, Slickdeals may get a small share of the sale.
Deal
Score +21
4,226 Views
$5.90
See Deal
About the OP
Send Message
Joined Apr 2017 New User
14 Reputation Points
2 Deals Posted
15 Votes Submitted
1 Comments Posted

09-16-2020 at 02:17 AM #9
Been over priced for awhile now, not a deal being 24exp. I recommend going with ilford HP5+ which is very similar. For some purists nothing can replace tri-x grain and some intro photo classes required it by professors. Hp5+ is very good, and decently priced, as well as fp4 which I think is as good and to me slightly more preferable to the discontinued plus-x when compared side to side. I believe kentmere 400 also comes out of the ilford factory and is also somewhat comparable though isn't much cheaper than hp5+ to make it worthwhile. If going even cheaper artisa EDU is rerolled fomapan film and is ok. For a long time the best go to cheap film was arista premium which was rerolled tri-x before Kodak cut them off. Cheaper still is ultrafine online 400 film. They change their film stock sources so it's hard to pin down what company it's from and there is batch variation because of this. And the cheapest is rolling your own film stock. You can buy 100, 400, and 1000ft reels to cut down and roll your own. You will need to invest in a film loader, scotch tape, and cassettes (you can reuse commercial ones if you tape it into what's left after film labs cut them or but reuseable ones) and you'll need a bit of time. You don't really need a loader but it will save you sitting in the dark and measuring in the dark and cutting in the dark at the cost of a frame at the end of the roll.

Some prices to put in perspective.

Bulk roll prices have gone up in the last few years they used to be much cheaper. For instance it's actually more expensive to but tri-x for bulk loading. So has the cost of short ends of motion picture stock like double-x. And all black and white motion picture stock actually.

This post went on way longer than I realized. In short film photography is expensive anyway you look at it. No more deals to be had anywhere really. Even on expired films.
18
0
0
0
Reply

Attention Selenators, Here's How You Can Stream Selena Gomez Content for Free
Copy Code & Open Site More Deals from
Did this coupon
work for you?
Copy
Link Copied to Clipboard