30% Off
w/ Subscribe & Save
+58 Deal Score
18,178 Views
Amazon offers Select Amazon Accounts: 30% Off Select Purina Pro Plan Dog & Cat Food when you 'clip' the coupon on the product page and check out via Subscribe & Save. Shipping is free w/ Prime or on $25+ orders. Thanks Lillybulldog

Note, you may cancel Subscribe & Save any time after your order ships. Coupons are typically one-time use. The coupon may be targeted. 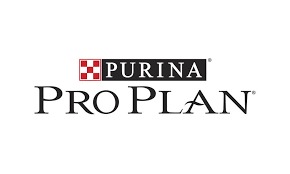 Lillybulldog posted this deal. Say thanks!

Written by Edited September 19, 2020 at 07:36 AM by
Must be logged in to see the promotional discount
30% off first order on select foods, other food offers are different discounts of money off coupons or different percent off subscribe and save.

Too many to list individually so I posted the generic proplan search on amazon to be scrolled through. Once again you must be logged into account for the discounted products to show.

Have a great Saturday everyone.

It is the equivalent of using ad hominem attacks when someone replies "that guy is kind of a reputable scientist who has invested a lot of time researching and testing his theory".
"No, he's a rich manipulative sell-out, where do you think he got all his money? From selling lies to you."
And then lashing out when I say, "I think you are going a little too far with your claims."

Pointing out his/her experience with RC possibly causing his dog's death is fine and is at least sort of useful.

Obviously, there's no longer anything of value to further discuss when it gets to this point.
But I tried.
I wanted to know if there was an actual good reason to distrust RC; there's other possible reasons RC is a popular brand beyond astro-turfing and lobbying. It's not really a fair nor reasonable reason to claim that RC is bad.
Furthermore of application is that Royal Canin's entire founding reasoning is based on using cereal grains as a base, on the subject of "grain-free". It'd have been helpful to have some decent well reasoned comments.
0
0
0
0
Reply
Last edited by junhao123 September 23, 2020 at 09:04 AM.
This comment has been rated as unhelpful by Slickdeals users
Joined Mar 2020
New User
15 Posts
09-23-2020 at 12:14 PM #34
None of the cat food is 30% off, only dog food. Should change the title
1
0
0
0
Reply
This comment has been rated as unhelpful by Slickdeals users
Joined Oct 2004
L6: Expert
1,685 Posts
200 Reputation
09-24-2020 at 07:46 AM #35
Of all the posts from the thread I don't know why you chose mine. My reply was to somebody that went off on a tangent about this not being fit for human consumption.

P.S. Do you like sausage? If you ever eat sausage with natural casing then you're eating intestine. The intestine is the casing that holds the sausage. Also do you eat refined sugar? Refined sugar is made with charred cow bones to make the sugar look more white.
0
0
0
0
Reply
This comment has been rated as unhelpful by Slickdeals users
Joined Oct 2008
L4: Apprentice
1,310 Posts
1,116 Reputation
Original Poster
Pro

The only reason I know any of this is due to an uncle that spends a lot of time trapping in Canada.

Wolfenstein: The Alternative History Bundle - PlayStation 4 or Xbox One $30
21•19

21 Advent Calendar Gift Ideas Under $25 for Every Personality

Get 40% Off Your First Order With This Pet Food Delivery Service
Copy Code & Open Site More Deals from
Did this coupon
work for you?
Copy
Link Copied to Clipboard