Note, must be an Amazon Prime Member to reflect sale price. Sizes are limited. 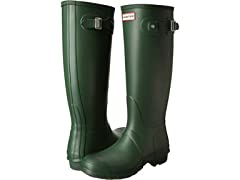 Written by Edited September 24, 2020 at 04:04 PM by
Woot! is offering the Women's Hunter Original Rain and Short Rain Boots for $54.99. Prime customers get an additional $5 off when they check out using their Amazon Prime account.

Free shipping for Prime members. Otherwise, it is $6 flat rate. Woot! is an Amazon company

Add Comment
Reply
in Boots (7) Get Woot! Coupons
If you purchase something through a post on our site, Slickdeals may get a small share of the sale.

you didn't address the Apple thing. you know what ape did that the others didn't? demand strict quality control. you just proved it's not the country these days. often it's the company's desire for quality control.

How Fabletics Works and How To Get 70% off This Month