$74.99
+8 Deal Score
21,495 Views
Check your emails...
We're going old school with a throwback to the original lifetime Plex Pass pricing. Thank you for all of your support!

This exclusive discount on a lifetime Plex Pass is available now through 11:59 PM PT on Tuesday, October 20, 2020. This code is for your account only and can be used once. As a reminder, a Plex Pass gives you access to all premium Plex features, like Live TV & DVR, Mobile Sync, Movie Trailers & Extras, Premium audio features, and many more.
*Price in USD. Exact pricing in other currencies may vary. Only valid for new subscriptions. 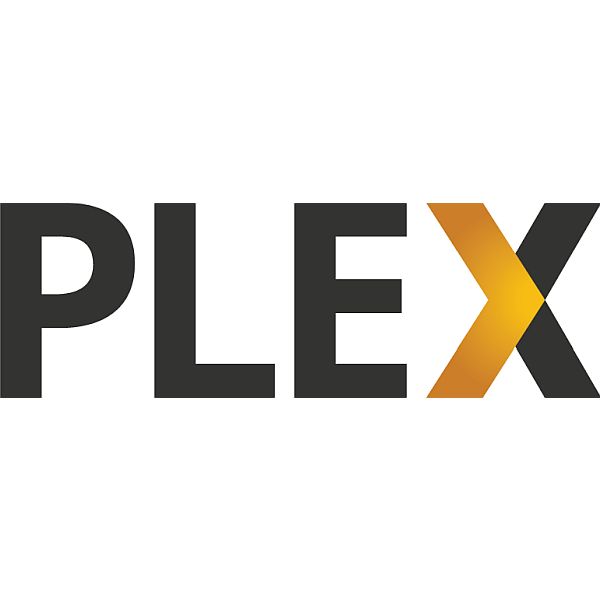 coryj posted this deal. Say thanks!
Add Comment
Reply
in Services (2)
If you purchase something through a post on our site, Slickdeals may get a small share of the sale.

I stayed with MCE for the longest time "because it just worked" for recording of shows...then we had to begin fiddling with it....occasionally it would just stop grabbing listings and you'd have to pull it up and do a manual pull...then win 7 became unsupported....when they announced they would stop providing listings I knew I was going to have to pay SOMEONE for listings. Rather than a monthly fee I preferred a one time fee and luckily I had two friends already using plex who raved about it. Now not only can I access my own plex server but both of theirs as well....I'm using plexamp heavily to play music in the car. It's set it and forget it as far as recording shows and they recently released free streaming channels I have not even fiddled with yet as I already have roku tv's. In my opinion it's worth the $75 easy...I'd pay the $99 (it goes on sale for this more commonly) if I had to and I'd suffer till a sale came around for the > $100 price. I have 4 hdhomerun tuners (oh yeah I had to patch MCE to supporot 4 hdhomerun's because it only supported 4 tuners, not 8) and they worked right out of the box. As an added bonus as Ive upgraded to newer tuners over older hdhr units I've found they are able to pull in some channels the older can't...you can configure the guide only to tune certain channels to certain tuners....this also works better for the older hdhr units that had two antenna inputs because you could have one antenna pointing one direction and another pointing the opposite direction to maximize channels received.

Truthfully though, I've begun streaming shows on the roku more than OTA although I still browse the "upcoming movies" which is another feature I loved in MCE and wanted in the replacment....Plex's is basically identical with it showing the "icons" of the shows. There are postprocessing scripts that work well to remove commercials and compress to mkv or mp4. Plex has some options baked in but they don't support HEVC (50% smaller files...more cpu usage) and when AV1 is publically usable the script will handle it long before it's baked into plex. I'm a big open source fan so rest assured if Im leaning toward the pay product it's giving bang for the buck.

Plex recently added in "Skip intro" and "skip commercial" support so it works like the old replaytv's used to (where I also had a "lifetime" subscription) but they didn't support digital tv and it's "subchannels" ie 3.1, 3.2, 3.3.


In August 2019 the code "PLEXFORLIFE" would work to get plexpass for $75 so you might try that. Doubtful though if it's truly targeted.

1
Reply
This comment has been rated as unhelpful by Slickdeals users
Joined Aug 2009
L10: Grand Master
8,389 Posts
3,335 Reputation
10-14-2020 at 09:19 AM #19
Great info, thank you. I tried the code, but invalid as expected. Hopefully the codes can be shared and someone is kind enough to pass it along. It's definitely worth $75 not to have to deal with exploring alternatives anymore.

0
Reply
This comment has been rated as unhelpful by Slickdeals users
Joined Aug 2013
L3: Novice
163 Posts
43 Reputation
10-14-2020 at 09:27 AM #20
Plex really need to stop doing this. This targeted email nonsense is extremely infuriating.

If they feel like it's good marketing to only send it out to a few people, so be it. But don't make the code single use or account specific. I'm sure Plex are losing customers to Emby because they are tired of looking through threads like this and feeling like they haven't been selected by the Plex email gods again.

2
Reply
This comment has been rated as unhelpful by Slickdeals users
Joined Aug 2011
L5: Journeyman
717 Posts
291 Reputation
10-14-2020 at 09:41 AM #21
I got the lifetime Plex Pass a few years back on a similar sale. Big waste of money for me. I still use Plex, but I don't use the DVR at all, which was the only reason I bought the Plex Pass. I found the DVR/LiveTV functions to be so slow and awkward as to be unusable. Currently using Channels DVR and I'm much happier with that choice for Live TV and DVR functions.

I would love to get someone's code that isn't going to use it. I should have bought lifetime years ago but month to month I keep hoping that I get one of these targeted emails. You would think that after 5+ years that I would have just bit the bullet but I hate the idea of paying more than I have to. It seems to be working out for me

Great deal. I bought it.

0
Reply
This comment has been rated as unhelpful by Slickdeals users
Joined Aug 2014
L4: Apprentice
308 Posts
69 Reputation
10-14-2020 at 09:55 AM #26
If Plex would let you download your own shows without the DRM and without forcibly reencoding the videos, I would've bought the Plex pass waaaaaay back. It's just a bummer when I can stream videos off my own server at 40MB/s (megabytes) but when downloading x265 off my own server, I'm only getting like 2-6x realtime speed, so up to 4 minutes per episode of anime, and it's converting and changing the filesize. x264 is not as big of an issue though.

I can't be bothered dealing with the scanners in Emby when Plex finally works smoothly across all devices. I tried doing dual servers for a while but I just couldn't get into it. It took long enough to get the autoscanning and 10 libraries working well with Plex. Maybe Jellyfin is better than Emby, I haven't tried it extensively.

1
Reply
This comment has been rated as unhelpful by Slickdeals users
Joined Aug 2014
L4: Apprentice
308 Posts
69 Reputation
10-14-2020 at 10:04 AM #28
You still have to have a setup to automatically download the shows to your home Plex server, which usually means RSS feeds. ex. https://showrss.info/
Plex Pass just lets you do things like sync the libraries to your devices for offline play, and I believe you can set it to automatically sync a show, so then you always have the episodes as new ones are downloaded. For streaming, though, you can stream Plex to yourself, 99 other friends, to your phone, PC, all without Plex Pass, over local and over wifi. You can view your friend's Plex as well. It's $5 for the phone app (iOS/Android) but it's completely free on any streaming stick (Fire Stick, Roku) and free on Windows, Mac, and Linux.

There are some other Plex Pass features like some music support, not having to pay for the mobile app anymore (I think friends may be included in this), and there are more viewable statistics for your Plex users, as well as an added GPU-enabled transcoder option.

0
Reply
This comment has been rated as unhelpful by Slickdeals users
Joined Aug 2010
L1: Learner
10 Posts
10 Reputation
10-14-2020 at 10:07 AM #29
Boo! No email here, either. Been checking for promos often. If you have really no use for a code, I'd love to have it. All this extra time being unemployed I'd definitely make use of it. Thanks so much!