Is this worth to buy now? or wait a better deal on Thanksgiving? 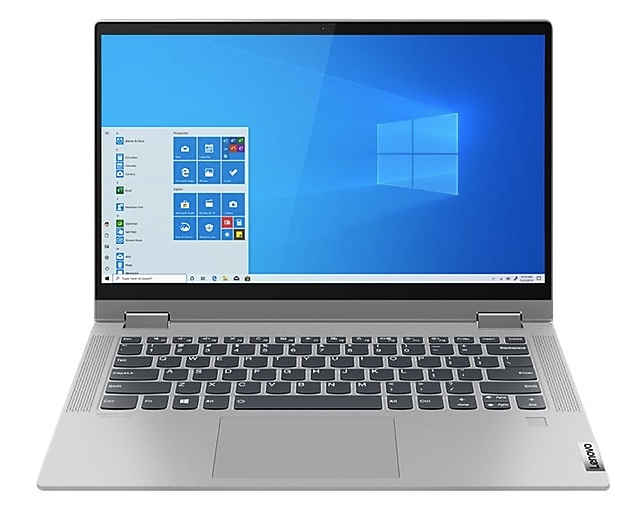 RelaxedPickle800 posted this deal. Say thanks!
Add Comment
Reply
in Laptops (3)
If you purchase something through a post on our site, Slickdeals may get a small share of the sale.

0
Reply
This comment has been rated as unhelpful by Slickdeals users
Joined Dec 2019
L4: Apprentice
312 Posts
42 Reputation
10-18-2020 at 03:22 PM #35
Lenovo you have to commit ritual suicide seppuku before you can get one of their call center representatives to acknowlege you are callingbfor something. Then it has to be passed around to various supervisors who will pretend to be helping you while actually doing nothing. Finally after you're dead and buried they will auto-deny your request.

I just received mine a couple days ago, and I excitedly set it all up, and as I was trying to use it for work today, I found it literally unusable. On my work google meets, it was constantly lagging, the wifi would drop randomly, and some programs like Google Chrome don't even work on it. The whole computer is just a mess. I already set up a return with Staples to get this back to dumpster that it came from.

DO NOT BUY. IT IS NOT USABLE.

I'm used to a laptop being a little brighter, but honestly everything else about it is great. The build quality is pretty sweet. The fingerprint reader works great. Still need to test out Zoom.

Anyway, you mentioned in passing that you need to test out Zoom. Let me know how that goes - that's where all my problems were.

The laptop was fine for just basic websurfing and productivity. But I wanted to use this computer for work, and as soon as I joined a Google Meet was when I realized this laptop was unusable. As soon as I tried to share my screen on Chrome in a meeting of about 25 people, boom, it just hangs. Unresponsive. I kept trying, and on the rare occasion that it did work, it was ridiculously laggy, and the wifi even cut out a couple times.

So I tried Firefox - same thing.

So then after my work day was over I set up a Google Meet for myself and joined it on my phone and with this computer and tried to share the screen. Worked fine.

Tried it the next day again in a ~20ish person Meet, and boom, unresponsive again.

I even had weird issues like I was unable to update the bios on this machine, and when I tried to record a video with OBS studio, there would be a huge lag between audio and video, like it was having trouble keeping up with the recording. Ridiculous.

I even tried to reformat it all over again and try it again. No improvement. Does it just have an issue trying to deal with that many users on a Meet? Maybe. I dunno.

But anyway I just shipped this crapbox back to Staples for a refund. Not worth the headache to even figure out if I got a lemon or if it's a driver issue or what.

10-23-2020 at 08:26 PM #41
... Since you said it works fine with less users and problematic when there were multiple users... The problem is most likely the zoom app or zoom server, or possibly your internet.... Have you try plug into any Ethernet cable see if it's an issue with internet?

0
Reply
This comment has been rated as unhelpful by Slickdeals users
Joined Aug 2020
New User
8 Posts
14 Reputation
10-23-2020 at 09:31 PM #42
well i know it's not the internet because as soon as this computer was glitching out I just booted up my old laptop (the one I'm trying to replace that still works but some parts are wearing out), and it worked just fine on the google meets like it has been since March.

And I doubt it's on the server side because again, I was using my old laptop just fine, right after I started having problems. And also it wouldn't explain all the other weird stuff happening like my OBS studio recordings not working right either.

So either I figure it has to be some sort of driver issue on the laptop or damaged hardware or maybe that laptop really is that bad. Not sure what else it could be.

10-24-2020 at 12:26 PM #43
are you using wifi or ethernet? perhaps try plugging in into ethernet and see if that fixes the issue? there have been report that the wifi isn't the best on these machines...

This comment has been rated as unhelpful by Slickdeals users
Joined Apr 2009
L2: Beginner
36 Posts
22 Reputation
10-24-2020 at 09:10 PM #45
My nephew has this for about a month for his virtual school work. It works well for him for google class and zoom. No issues with virtual meetings. The boot up is quick and battery life is very good. We did experience some zoom issues on the first day but some updates fixed it. We spent about 1.5 hrs on the first day to manually update all of the required and optional software updates and since then the unit has been pretty stable for virtual learning. Only downside was his unit stopped charging about 4 days ago. We had to press the power button for 15 seconds and it started to charge again.

We also have the flex 5 w ryzen 5 (for my kid) and no complaints on that unit at all. For some reason the ryzen 5 seems a bit snappier too.

For the money, this unit is pretty good. Maybe Lenovo quality control isn't good. Seems like there are bugs in some units and others are fine.