This is a new 2k wired doorbell that continuously records up to 5 days.

other improvements are a better chime and 32Gb local storage which is much better than the 4Gb on the other version.

Eufy said future homebase 2 support is targeted by 1/2021 on a question on the bestbuy link. Take that with a grain of salt. 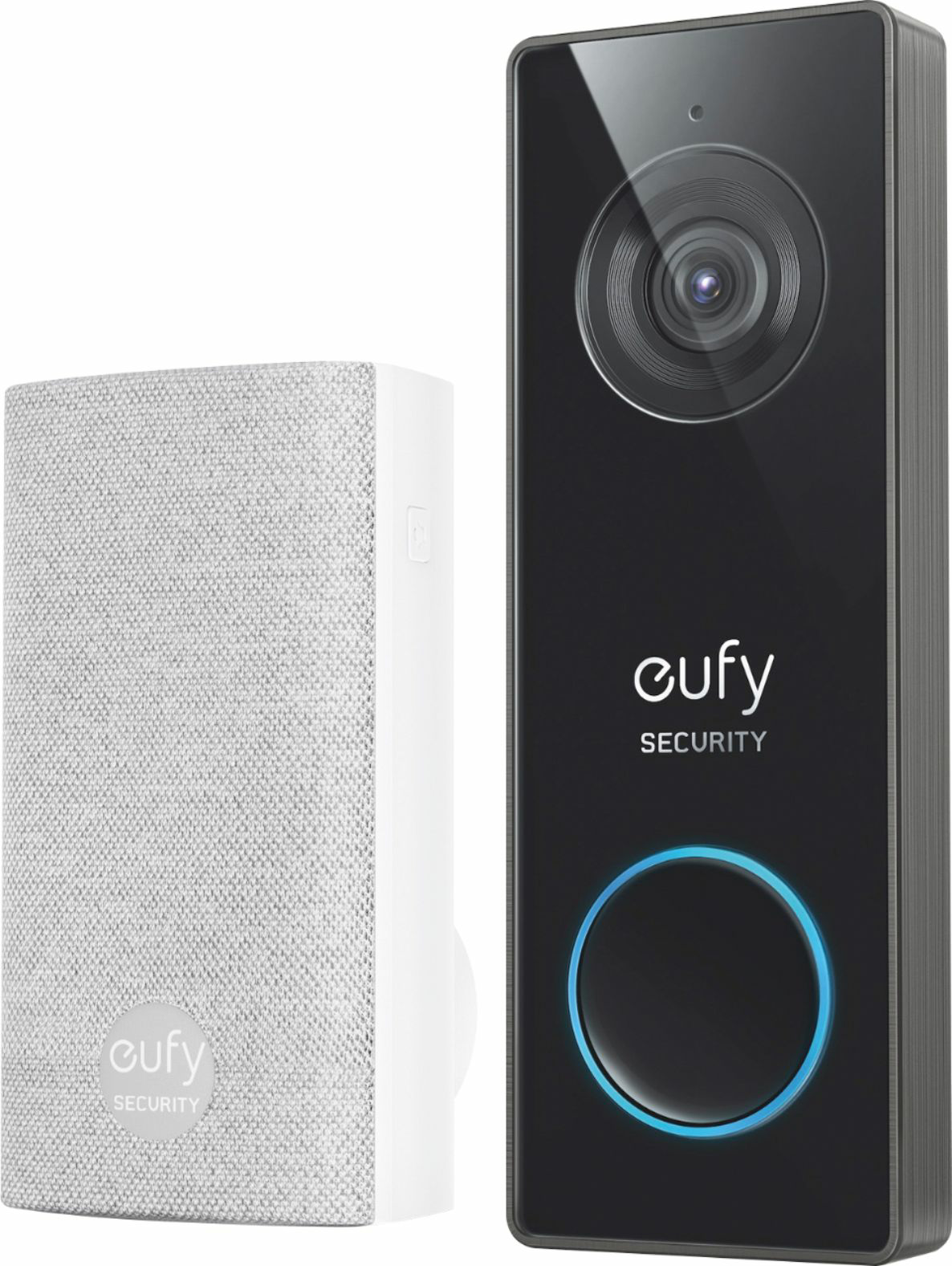 soultar1 posted this deal. Say thanks!
Add Comment
Reply
in Security Cameras (7)
If you purchase something through a post on our site, Slickdeals may get a small share of the sale.

10-14-2020 at 10:46 PM #20
Woah calm down. How do we even know this is MSRP this adds so much to the old version which had this MSRP but for all we know this is below retail. 24/7 doorbell recording without subscription is hot to me. I don't know why I bother, you are going to complain regardless.

1
Reply
This comment has been rated as unhelpful by Slickdeals users
Joined Apr 2014
L5: Journeyman
698 Posts
298 Reputation
10-14-2020 at 10:56 PM #21
Isn't the wireless version with homebase that came on deal yesterday for $139 records continuously ? And what I understand is that wireless version can be wired as well, I ordered that and I am trying to understand the difference. Not the OP that you replied to but thought you might know a thing or two

10-14-2020 at 11:01 PM #22
Yes the wireless can be wired but it does not record continously even when hardwired. The 2 benefits are existing chime will work and it has inside home storage. I had my mailbox run over the other day and without continous recording it was outside my motion zone so I missed it. with this same amount of alerts but catch everything in view.

10-14-2020 at 11:08 PM #24
Yes motion only for all Eufy outdoor cams except this one. That is why so many people rig the indoor cams for outside for the continous recording. This doesn't work with homebase 2 nor does the wired older version. Has onboard storage

1) Wireless version can ALSO be wired - This specific version uses the homebase to store video locally inside your house. This DOES NOT have 3 second pre-record. It only records once it detects motion
2) Wired version - This version does not use the homebase. It stores video ONLY on the video doorbell. This version has continuous 3 second pre-record video. Meaning the device is constantly recording but not saving the video UNTIL motion is detected. So 3 seconds before the motion was detected is saved to the device.
3) This NEW wired version - Does not use homebase as of now (they say they can allow it via a firmware later, who knows if this happens). It stores video ONLY on the video doorbell (until homebase integration comes). It records 24/7 and will save motion activated moments.

0
Reply
This comment has been rated as unhelpful by Slickdeals users
Joined Aug 2009
Buy Now. Think Later.
15,377 Posts
7,284 Reputation
10-15-2020 at 01:07 AM #28
I see a review from someone on best buy who has this new 2K doorbell and he says in his review: "However, you can enable continuous recording and capture everything, no matter what. However, it drops the resolution from 2K to 1080, which is still really good, and videos will be overwritten a lot quicker, under 4 days.".

So there we have it. That's what is being done.

10-15-2020 at 05:57 AM #29
I would be more inclined to believe that if 2 people in this thread didn't say the same thing about the 2k indoor camera. I literally just checked my indoor camera and it is recording in 2k via a setting you have to manually change and is getting 4.5 days per 32 Gb. They are not going to rewrite their compression algorithm just to nerf their new product. So there you have it, that's how it is based one review lol.

This comment has been rated as unhelpful by Slickdeals users
Joined Oct 2010
L2: Beginner
92 Posts
35 Reputation
10-15-2020 at 06:56 AM #30
There are some that can record 24/7. Problem is that you need an NVR. Even, then some of those cheaper DVR/NVR manufacturers have awful apps and you won't get alerted instantly. Hikvision doorbell and apps seemed to work well, but then the whole phoning to home China and trade blacklist.

Ubiquiti should be releasing their new doorbell soon and for a consumer that wants/needs extra bells and whistles this should be it.

If you want to a step further then there's Blue IRIS and you can also set up automations with any smart hub you have.