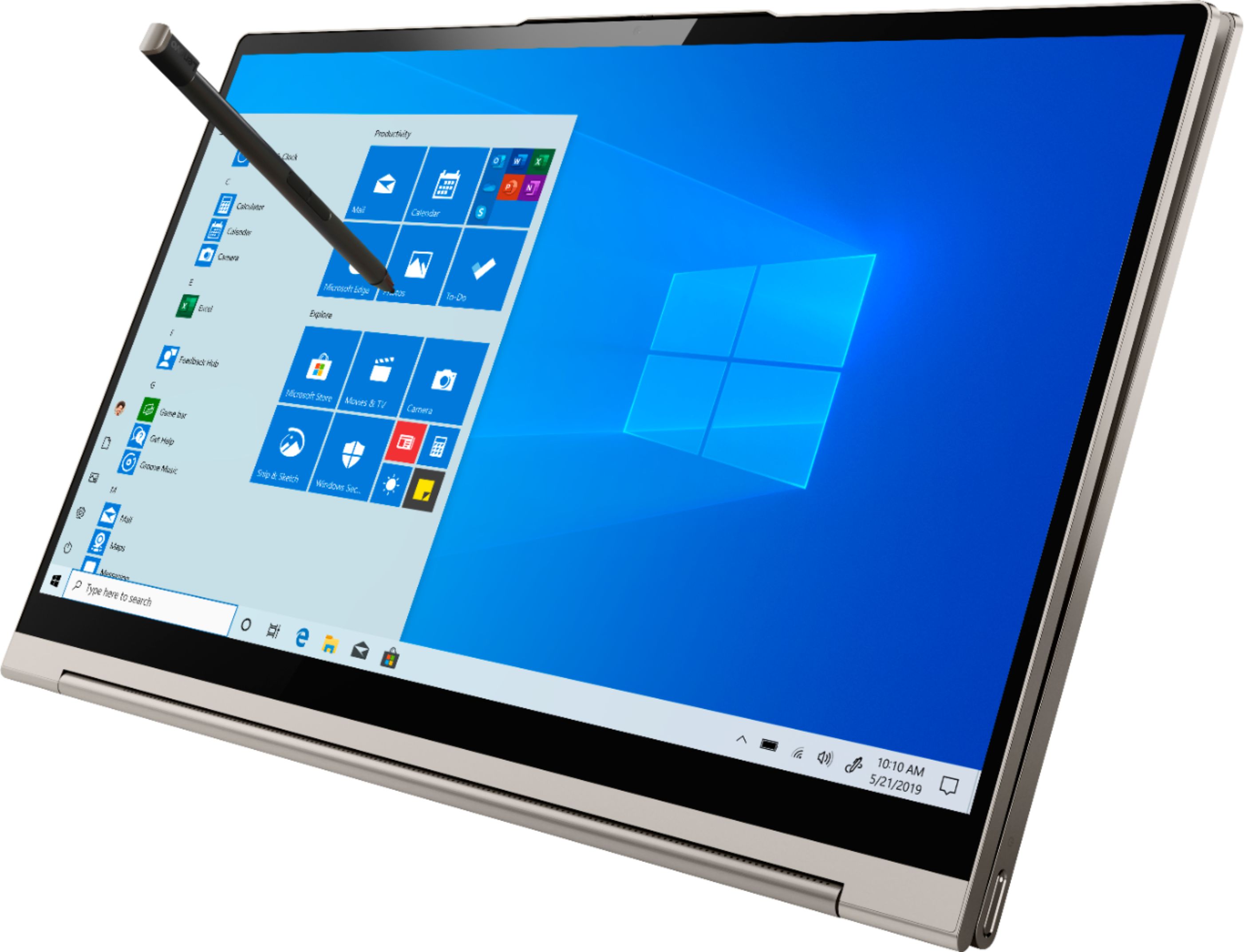 Ask our community of deal experts a question about this deal, product, or store.
Want more deals like this? Create a deal alert for Laptops.
Add Deal Alert for Laptops

The 16GB is soldered so if you need more look elsewhere.

10-18-2020 at 01:11 AM #8
I bought one in May and I'm not impressed with it.
It runs very hot. Keyboard gets warm and metal body above the keyboard gets too hot to touch.
Fan runs constantly at max speed. On zoom calls, people hear the fan noise and asks me why it's so loud.
On an intelligent cooling mode or energy saving mode, it stutters and barely functions.
9
0
0
1
Reply

This comment has been rated as unhelpful by Slickdeals users
Joined Jun 2010
L3: Novice
177 Posts
27 Reputation
10-18-2020 at 01:25 AM #9
I'd like a light weight laptop with good battery life. Was looking at the Acer spin Amazon had but it sold out.. Plus Amazon decided to lock my account conveniently like many others when trying to partake in their sales on prime..

I'd like USB c and charge via USB c thunderbolt , nice screen doesn't necessarily need to be 4k. Good battery life. Don't care if it can do any moderate gaming, time wasters might be nice but I'd see it primarily used for classes /coding and browsing /mediation consumption.

I don't really care about the stylus but never had one before. The rotating screen might be nice just for convenience of positioning as having a tablet seems kind of wasteful to me as I don't see myself getting my monies worth out of one unless it was super cheap... Then it probably would irritating due to slowness etc.

Have a gaming laptop, battery dies in about 1 to 2 hours without gaming.. Which really sucks and bulky and gotta lug the charger etc.

Not sure about battery life. I'd say it should last 5-6 hours or longer. Will report back in a few days.

10-18-2020 at 07:55 AM #13
have been using lenovo yoga for Last 5yrs. just that I love the convenience and light weight. but in the last 5yrs span, I had to replace 3 times. first one shut down on me just like that,then power adapter stopped working, then display gone and the latest one keyboard started acting weird. a few keys are not working. some says its windows update and some other says to replace keyboard. but, while when they were working, they were awesome!!!!
0
0
0
0
Reply
This comment has been rated as unhelpful by Slickdeals users
Joined Apr 2014
L2: Beginner
25 Posts
50 Reputation
10-18-2020 at 08:00 AM #14
I have a similar Lenovo from a year ago with i7, 16gb, 4k touch, and a GTX 1050 TI GPU. Its all metal and super thin 17in display. So its a little different than this one,, but pretty close.. I love it.

If I'm not playing a game, I get 5 hours of battery life, but if the GTX kicks in, I get like an hour and a half battery. 4k gaming on older games is actually possible on mine due to the GTX (like emulating ps2 games upscale to 4k res). I'm not sure what GPU is on this one though or if it's just onboard, so 4k may just be overkill on this smaller display and if it is just an on board graphics, you may not be able to use 4k on any gaming, but probably 4k video.

The thunderbolt ports are amazing, as the data throughput is insane. I currently have hooked up a hub with 4k 60fps hdmi for my TV connection to it, with usb3.1 hard drive, and other peripherals to same hub with no lag or issues.

The display can be adjusted super bright or very dim. The screen quality is amazing. However it maxes at 75hz on mine. Which I honestly only set at 60 anyways. I think this one is maxed at 60hz. I mostly game on mine. I use an Xbox one controller via the Bluetooth so I can sit back and play on my 4k TV. The TV max is 60 hz at 4k. So its perfect for my setup. If you plan to game competitively or online fps, look instead to the non-touch models with at least 120hz or more. You can actually save money and get a faster response screen.

Touchscreen has great response and accuracy, and its amazing when surfing the net, paying bills, or playing simple games like solitaire. I would have a rough time if I had to go back to a nontouch display after having a touch one.

Fingerprint reader on mine is not as good as the ones I've had on samsung phones. It does work, but I sometimes have to try it a few times.

Backlight on mine has high, low, and off settings and is white light.

Charger on mine is proprietary. I really wish it used a standard usb-c like every other non-apple new electronic rechargeable device nowadays. Many of the hubs have passthrough charging available, so it would decrease wires in a desktop hub setting. Also my charger did crap out on me during warranty as it started making a crackling noise when plugged in. They replaced it no problem.

Final thoughts.. Overall I'm very happy with my similar Lenovo spec laptop. I paid 1100 at the time. I bought a different Lenovo shortly after with ryzen 5 and vega 8 graphics w 1080p and 12gb ram for only 550 dollars last year. My wife uses it every day for work the last year. That battery lasts her 8 hours on mid brightness settings, and it actually plays a lot of games on acceptable low and midrange video settings. My son was playing fortnite at 1080 and no lag. I was honestly shocked at how fast and reliable each of these computers has been and neither one gets too hot like my Dell intel i5 work laptop.
2
0
0
0
Reply
This comment has been rated as unhelpful by Slickdeals users
Joined Jul 2016
L2: Beginner
80 Posts
10 Reputation
10-18-2020 at 08:04 AM #15
What is the 32gb optabe referring to?
1
0
0
0
Reply
Page 1 of 3
1 2 3
Join the Conversation
Add a Comment

Review: Alienware's New m15 Laptop is Faster and More Stunning Than Ever