Note: Make sure you are logged into your Xbox Live Gold account and purchase it from the Japanese site. 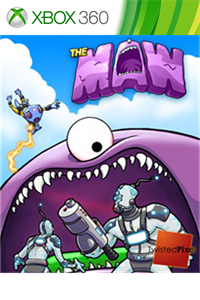 Make sure you are logged into your Xbox Live Gold account and purchase it from the Japanese site.

If you use google Chrome, you can turn on translation and have the page translated into english
You may already own this from a prior giveaway from other regions, it's been given away in other regions at least 10 times.
What do you mean by this ? There is nothing being circumvented in this case. You are logging into the Japanese site xbox live and getting a free game.

Essentially, all year, all that they were given Kalimba, Cobalt, Ms Splosion Man, Race The Sun and The Maw. Only 19 other unique games for whole year.

edit: link fixed
0
0
0
0
Reply
This comment has been rated as unhelpful by Slickdeals users
Joined Jul 2020
L2: Beginner
27 Posts
10-20-2020 at 03:31 PM #15
Actually, since you are not really "purchasing" the game, you are in the clear. You are basically getting a long term rental of the game - for as long as you pay for your Gold. Once your Gold stops, you have to buy the game outright. And yes, this is a change from the 360 Marketplace, which gave you the game free forever. Also, Xbox BC games claimed from the main Xbox One store cannot be downloaded onto a 360.

Major Nelson does say that switching your console's region to a place that you don't live to get the game for free permanently is against the ToS here [reddit.com].

Which makes it all about as clear as mud. I think it would be far easier for them to remove access to these claimed games, than to survive the total abandonment of their system if they start wielding the ban-hammer.
1
0
0
0
Reply
Last edited by PincushionMan October 20, 2020 at 03:34 PM.
Page 1 of 2
1 2
Join the Conversation
Add a Comment