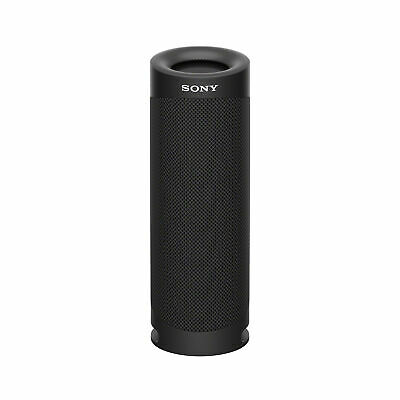 Momus posted this deal. Say thanks!

0
Reply
This comment has been rated as unhelpful by Slickdeals users
Joined Jul 2003
So Be It
2,871 Posts
1,222 Reputation
10-25-2020 at 07:03 PM #62
Right on, glad it was helpful! Looks like people either got a crappy one (a return but not "refurbished") or a new looking one, hopefully the customer support experience is good, I am considering gambling on another while they are still available at this price!

I have also not found anything cheaper than $30, but I assume like most other carrying cases I have ended up getting for things like this, once I can find the case with the right dimensions, etc. that there should be some that will work fine more in the $10 range. I won't spend $30+ on a case for a device that I got on clearance lol. Once I find something I will post, but it might be a week or two, searching through the piles of sponsored garbage on Amazon is an exercise in frustration and exhaustion, their search is total crap now since they started selling placement in their results

Finally one thing I forgot to mention, it looks like Sony is using the same BT chipset they used in the new 1000XM4 NC headphones, because the speaker supports LDAC connection (which surprised me, first BT speaker that I have seen that does that), but it does NOT support APTx at all, neither LL (good for movies to reduce sync problems) or HD (for higher bitrate streaming). I haven't played with watching videos with this yet to know if there are syncing problems, given this is easy to fix in software not to worried about that.

0
Reply
This comment has been rated as unhelpful by Slickdeals users
Joined Feb 2012
L2: Beginner
27 Posts
22 Reputation
10-25-2020 at 08:25 PM #63
Received my XB43 today. It looks flawless. Did the update and played around with the lights and sound settings. The lights are probably the coolest part about it. The sound quality is decent, but not that loud. Going to use it at a small Halloween party and figure out if it's worth keeping.

0
Reply
This comment has been rated as unhelpful by Slickdeals users
Joined Aug 2006
L3: Novice
146 Posts
640 Reputation
10-28-2020 at 06:15 PM #65
My xb43 arrived yesterday in Los Angeles, CA, & looks brand new. Shipping box arrived damaged & the bubble wrap did not protect one large side of the speaker. I was worried, but after updating the firmware, fully charged & blasting 100%, no distorting heavy bass, no sound issues, no issues at all. I consider the Clear Audio setting the best.

Party speaker in a small package. I'm so glad I passed on the Prime Day JBL Boombox & often discounted JBL Extreme2 (which is now on sale on amazon for $200 right now, nib).

now waiting for travel cases to drop below $20...

Well, you saved $20 if everything came in great shape. just a bit less of warranty time. Might still be worth it.

. Ah well. Checking out all the options available on sale including the JBL...

The War of the Worlds Kindle Edition FREE
12•6