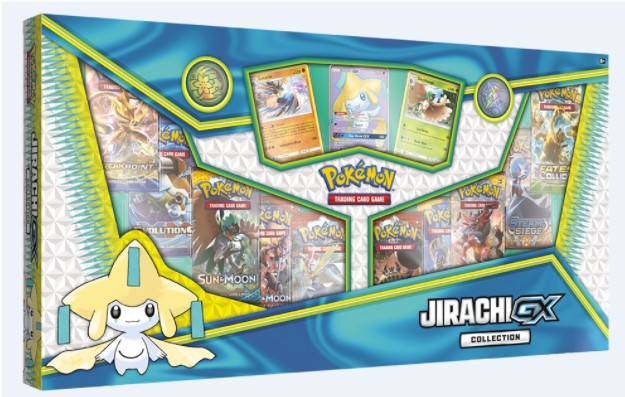 T013y posted this deal. Say thanks!
Add Comment
Reply
in Games, Board Games & Card Games (11)
If you purchase something through a post on our site, Slickdeals may get a small share of the sale.

This comment has been rated as unhelpful by Slickdeals users
Joined Nov 2015
New User
16 Posts
10 Reputation
11-06-2020 at 10:21 PM #46
Tried to order from app, wouldn't let me click link. It said to go to pick up and delivery. When going to pick up and delivery the item was not found. Had to Google a different link to find the correct page to order but then it's out of stock in my cart. Thanks again walmart, ur the best.

EDIT: That's not what I wrote.

Who would pay more than $30-35 for this pack selection? I hope they all take a bath on these.

It always cracks me up when I see some of you guys and gals claim that these deals are 'smoke and mirrors' and they never really existed. The reality of it is that technology has come a long way, and you just have to realize the competition for deals like this is only ever-increasing, and the tools they are using are becoming more sophisticated.

You are going up against people with high speed site scrapers, monitors, autofills, bots, virtual credit card numbers, etc. If you don't at the very least already have an account established, and an address and payment method on file, do you really think you're going to stand much of a chance for the hottest items?

Pokemon cards are absolutely EXPLODING in value and popularity right now (much as sports cards did earlier in the year), and with a box of cards being offered with such variety and value for $20, it would reason to believe that this item, although not a flasy, cheap TV, will still sell out very quickly.

To the ones who say that resellers will take a bath on this product, I hate to say it, but if they are decent resellers,they absolutely will not. Sure, the resale price will tank some initially on some of the large resale venues like eBay from sellers who don't have the capital to not have to quick sell, but for a multitude of reasons this box offers a great buy for your average Pokemon reseller.

First off, cards can be sold through a variety of markets and venues. Private buyers, local shops, selling breaks, parting out the boxes, there's a lot of ways for money to be made by the resellers when this kind of value is being offered in a box for $20. I know many will say that these are 'crap packs' besides the XY evoltuions, but when you consider that one pack could be worth $6-10, you're looking at $15 or less for multiple promo cards, pins, and 9 booster packs. In the Pokemon world, that kind of value is almost unheard of. Not to mention, the way the Pokemon market is going lately, those 'crap packs' will be worth money soon enough. Evolutions was kind of a joke set a few years ago before it went out of print, then re-exploded in popularity and value.

Anyway, rant off. I just read comments on SD a lot of times, and kind of laugh or fume to myself, but sitting here trying for these cards and reading this thread, I decided to chime in for once. I am not trying to be insensitive to people, but I see both sides of the coin. I have children and my own hobbies I like to support, but I also know tons of people that support themselves and their families through reselling.

My main point being: in 2020, you can't expect to plop down in front of your laptop 1 minute before a deal like this goes up, press f5 a few times, and then slowly plunk away at your keyboard one peck at a time as you leisurely create an account and try to enter your information before hitting submit. At the very least do your due diligence and be as prepared as possible before these things come out! BE LOGGED IN, SAVED ADDRESS, SAVED PAYMENT METHOD, KNOW YOUR CVV, TRY ON A FEW DEVICES, HAVE FRIENDS AND/OR FAMILY HELP, etc. You can get these things without automated tools, if you are prepared. We are in the midst of the Holiday/Black Friday season, in the middle of a pandemic, unprecedented online sales, and possibly the largest Q4 ever for online sellers; the fact is, competition is going to be fierce.

I was able to grab multiple of these boxes manually, and many with other methods; in fact, it was up for relatively so long I was surprised.

6
Reply
This comment has been rated as unhelpful by Slickdeals users
Joined Jun 2010
L3: Novice
250 Posts
45 Reputation
11-06-2020 at 11:37 PM #51
This isn't true at all. You need great chase cards for sets to explode in value (especially with the enormous print runs that a lot of modern sets have gotten). Evolutions has a re-print of the most iconic card in the history of game. Yes, people got sick of the set for a while when it looked like it was going to stay in print forever. But, certain sets (Crimson Invasion, Steam Siege, Fates Collide, etc.) don't have anything people want to chase.

Sure, if you leave them sealed long enough, even the most hated sets will eventually go up in value, but loose booster packs are still a bad investment because buyers will assume they have been weighed.

If you are looking to buy and hold, you are wayyyyy better off paying more for sets that people actually want to collect than grabbing crap packs just because they are cheap.

Just because sports cards are exploding doesn't mean your 1990 Donruss wax packs are going to be worth jack squat.

0
Reply
This comment has been rated as unhelpful by Slickdeals users
Joined Jan 2011
L5: Journeyman
682 Posts
83 Reputation
11-07-2020 at 09:16 AM #54
my nephew keeps asking about vmax cards, guess those are the best ones, not sure this deal has them though

0
Reply
This comment has been rated as unhelpful by Slickdeals users
Joined Aug 2019
L2: Beginner
89 Posts
32 Reputation
11-07-2020 at 09:40 AM #55
I would tend to agree with this however I'm watching people charge serious money for breaks and boost their pack numbers with those sets. It's crazy. I don't know what's driving the insanity. I guess covid and people being bored.

0
Reply
This comment has been rated as unhelpful by Slickdeals users
Joined Aug 2019
L2: Beginner
89 Posts
32 Reputation
11-07-2020 at 09:43 AM #56
Likely your nephew is competing and these are old cards no longer in rotation for standard play. Buy the kid card protectors and tell him to store his cards properly lol. Some day people might pay ridiculous prices for the ones he currently has.

You are lucky to grab them manually. What state are you in? In cali, it was gone within 30 mins lol

Peacock is Pricing Its Plans Based on The Office, in Case You Were Wondering How That's Going