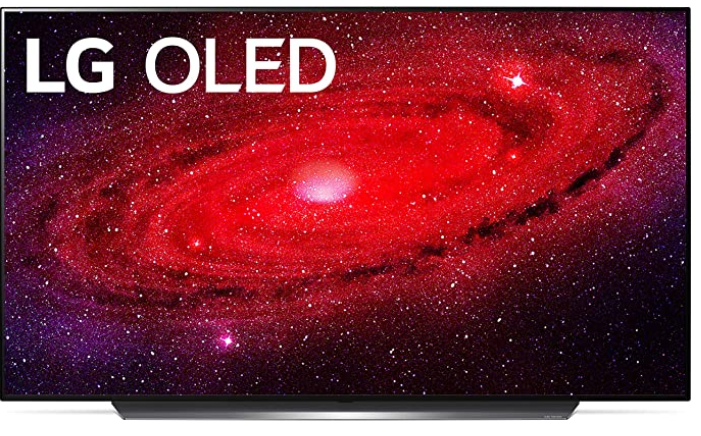 mD- posted this deal. Say thanks!

Purchasing from Costco grants you the following:
2nd Year Warranty (so this is in addition to the All State extended warranty for a total of 5 years)
Free Technical Support
90 Day Return Policy

Using the Costco Anywhere Visa card (Citi) for this purchase will give you an additional 2% off and add another 2 years of warranty for a total of 7 years.

Lastly, sign-up to receive a FREE LG XBOOM Go PL5 speaker when you submit your proof of purchase at https://lgtvpromotion.com/

Original Post: Right in time for the launch of the new gaming consoles! I believe that the price for the 65 inch is dropping to $1899 and below at multiple retailers October 28th.

Refer to Rtings for review of this model: https://www.rtings.com/tv/reviews/lg/cx-oled


Add Comment
Reply
in OLED TVs (13) Get Costco Wholesale Coupons
If you purchase something through a post on our site, Slickdeals may get a small share of the sale.

This comment has been rated as unhelpful by Slickdeals users
Joined Jan 2014
L4: Apprentice
909 Posts
86 Reputation
10-28-2020 at 01:34 AM #61
Double check the burn in. Recent BBY employees told me they no longer cover burn in on 2020 panels. I don't know if this is fact.
Here is a detailed forum post on the subject:
https://forums.bestbuy.com/t5/Best-Buy-Repair-Support/LG-OLED-Burn-In-Lack-of-Response-from-Best-Buy-Geek-Squad/td-p/1361801

0
Reply
This comment has been rated as unhelpful by Slickdeals users
Joined Dec 2013
L6: Expert
1,334 Posts
685 Reputation
10-28-2020 at 01:53 AM #63
It would not surprise me if this is just a pre-Black Friday sale to move inventory now with an actual Black Friday price still to come. Generally television such as LG OLED's drop 40% from when they are first released around April to when Black Friday hits at the end of November. The CX 55" debuted at $1799.99 while the 65" debuted for $2799.99. So technically if the pattern holds true for this year, we could see the 55" for around $1100 and the 65" around $1700. Keywords in that statement are "could" and "if" though. The pandemic certainly changed the way people were spending, thus, companies are probably sitting on a larger amount of inventory than in year's past and they want to move it, with the 2021 models right around the corner.

The Costco and Best Buy deal are very attractive, and for those buying now, congrats, those on the fence, I still think Black Friday will result in some better deals but you can't really go wrong if you buy now. My plan was to finally upgrade to a 4K LG OLED and get the XBOX Series X for my new house but delays are happening for me so I am probably 6-10 months from buying so I will be sitting it out for awhile.

0
Reply
This comment has been rated as unhelpful by Slickdeals users
Joined Jul 2012
L3: Novice
264 Posts
35 Reputation
10-28-2020 at 02:23 AM #65
I bought this tv in September and I'm going to get a price adjustment or return it for this deal. 90 day return policy plus all these added years of warranty repair are too sweet to pass up.

I just purchased in app and the promo was in my cart area checking out. I hear this promo is region/store specific, not sure how much truth there is to that (info from the 77" Costco thread)

1
Reply
This comment has been rated as unhelpful by Slickdeals users
Joined May 2014
L4: Apprentice
395 Posts
86 Reputation
10-28-2020 at 03:45 AM #74
Of course they can. You can get a very similar quality tv for half the price and no risk of burn in. This guy on YouTube does a great comparison. https://youtu.be/jh8pJ9dTaYo

Review: Dell's OptiPlex 7780 All-In-One PC is a Jack Of All Trades

'Godzilla vs. Kong' Will Premiere on HBO Max Two Months Ahead of Schedule

The Original Muppet Show Is Finally Coming to Disney+
Copy Code & Open Site More Deals from
Did this coupon
work for you?
Copy
Link Copied to Clipboard