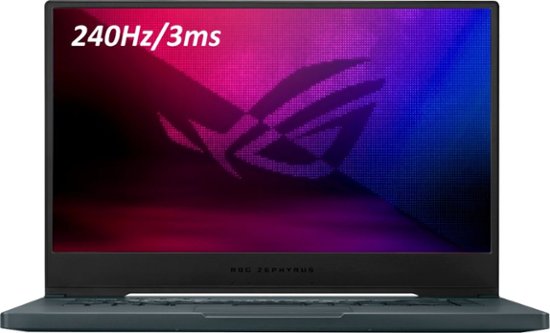 delz4stelz posted this deal. Say thanks!
Add Comment
Reply
in Laptops (3)
If you purchase something through a post on our site, Slickdeals may get a small share of the sale.

This comment has been rated as unhelpful by Slickdeals users
Joined Sep 2018
L2: Beginner
65 Posts
10 Reputation
10-29-2020 at 08:11 PM #31
they are good at warranty i had mine died before warranty expired and they sent it for replacement you dont have to do anything

0
Reply
This comment has been rated as unhelpful by Slickdeals users
Joined Nov 2011
L2: Beginner
91 Posts
21 Reputation
10-29-2020 at 08:58 PM #32
On a separate note. Just picked up the m15 a little earlier and the myasus update seems to be hella buggy. It's giving me the live update for KB firmware 2.4.6. Everytime I try to update it the update bar would turn into a caution sign, followed by a prompt to restart. Then after the restart would show that the update failed. Anyone experienced this?

Con:
No camera on asus.(not for me)
8gb of ram are soldered.

The reviews I've watch for sure show a huge improvement with the ge66 far as true gaming laptop. It's also heavier by almost a pound I believe.

The asus is lighter and more portable.

I'm coming from a 7th gen i7 with a gtx 1070 and 16 Gb ram. I don't want to upgrade unless it's a pretty good jump in performance or weight savings. My cyber power is big and heavy. I hate carrying it around at times. Fans are super loud also.

Anyways help me choose, I like the fact I can return it I. January if I don't like it.

This comment has been rated as unhelpful by Slickdeals users
Joined Jun 2006
L3: Novice
361 Posts
61 Reputation
10-30-2020 at 01:37 PM #38
So far I'm really happy with it. I don't need gobs of power in a graphics card but having headroom is nice. The keyboard layout is standard and the keys are soft but not squishy and don't shift around at all. The finish on the palm rests is more textured and just feels better than smooth plastic.

As far as heat goes, I monitored temps while doing windows updates and such and even in turbo mode the machine never went above 75c and capped out at a wattage of 65w (which is 30w above the standard TDP) for the CPU package (although fans are always spinning pretty high in that mode). I imagine that is going to mean the machine will be decently quiet while still being efficient in standard mode while doing normal tasks. I did undervolt it to -70 mW, there's an option in the bios to do this so I didn't have to download any additional software which is nice. You can take this up to -80 and I might if this is stable after a few days.

Laptops will always be loud while gaming, so I'm not expecting much once I test it more tonight. I owned the G15 AMD 3750H model a year and some ago and this M15 model addresses every grievance I had (on the G15 the metal on the lid was way too hard to clean fingerprints off of, weird plastic film covering the bottom vents so it got rather hot and loud which I removed to fix it but voiding my warranty).

I'm very happy with this M15 after a day so far even though it was slightly higher priced than I was looking to spend.

I can say the graphics improvement on the M15, whether it's the FPS performance, or just the aesthetics on the display is definitely noticeable vs Legion. On the campaign map of Total War Three Kingdoms, I am now getting about 70-85fps running custom setting that's higher than Ultra, while getting about 60-67fps running just ultra on the Lenovo.

However, I do have to say, not sure if it's just placebo on my end, but doing everything else other than gaming the M15 also felt noticeably more sluggish vs both the Lenovo and the G14 (Ryzen just felt much faster). It could also be that Lenovo uses a much better SSD than ASUS.

One other significant difference for me was the fans and temperature. Lenovo was MUCH quieter yet it never got too hot for me. Many times when I put my hand near the vent, I would even feel that mixture of hot and cold air. But then again, it was also much more of a brick than the M15...

In terms of heat I agree, the Legion 5i is very quiet. On Chrome browsing it's only at 40-50 C degree and no fan which I really like.

I'm debating weather I should return the Legion 5i for this M15 RTX 2070 (although Max-Q, still about 10% faster compared to 2060). But it doesn't have a web cam and all the peripherals visible kinda turn me off.

0
Reply
Last edited by catennacio October 30, 2020 at 05:01 PM.
This comment has been rated as unhelpful by Slickdeals users
Joined Oct 2012
L10: Grand Master
6,043 Posts
798 Reputation
10-30-2020 at 10:13 PM #43
I just got an open box and was wondering if you could answer a question. Does your fan constantly run? I tried silent mode and even dropping the fan curve and it would go on and off over and over. If the fans constantly running is something I gotta live with, so be it, I just want to make sure I didn't get a dud.

Also how do your fans sound? Mine seems to have a bit of a vibration. Similar to how a pump sounds on a watercooler. It's not the most obnoxious sound ever but it's pretty bad and that's even at the low fan speed. Full blast sounds fine actually.