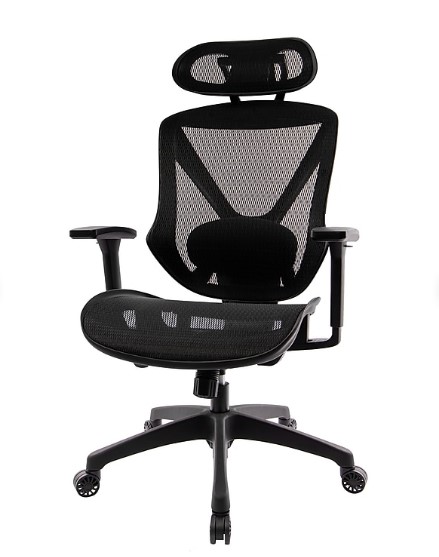 fiockthis posted this deal. Say thanks!

11-16-2020 at 12:22 PM #31
5'6 155 here, Pretty happy with this chair. Wife has the Hyken which is ok, arms have less adjustment on the Hyken so if you have broader shoulders / need the width go with the Dexley. Headrest is better for me on the Dexley as well. For the price range there's only so many adjustment options they'll provide :/

0
Reply
This comment has been rated as unhelpful by Slickdeals users
Joined Sep 2016
professional frog checker
185 Posts
61 Reputation
Our community has rated this post as helpful. If you agree, why not thank ?
11-16-2020 at 01:18 PM #36
Idk if anyone cares, but I did a ton of research in the last month about office chairs and I found that the best office chair under 200/175 is the Alera Elusion Series Mesh High-Back Multifunction Office Chair. Has an insane amount of adjustability and is highly rated. I bought one and think it is super nice for the price

I'm close to your height but I'm skinny/fit so we are not close in weight at all. Do you think weight has anything to do with it not being as comfortable? I don't know your wives weight but perhaps thats also why its hard for her to cross her legs or is the chair just really weirdly designed?

I'm a dude, I cross my legs all the time, I've never sat in any chair where its been an issue so that's the other thing I'm trying to wrap my head around but again I'm not sure if its a weight issue or if this chair is just really poorly made.

This comment has been rated as unhelpful by Slickdeals users
Joined Oct 2020
New User
37 Posts
10 Reputation
11-16-2020 at 01:37 PM #38
5'6'' 170lb here. This is a excellent chair and I am using one right now. True that there is no recline lock. but the chair is roomy and mesh is comfortable. head rest gives just enough support. Note that this curvature of the base actually makes me think of standing as it's designed for the same.

0
Reply
This comment has been rated as unhelpful by Slickdeals users
Joined Nov 2013
L6: Expert
1,269 Posts
823 Reputation
Our community has rated this post as helpful. If you agree, why not thank ?
11-16-2020 at 01:43 PM #39
I don't have that specific racing/gaming chair, but I do have one. The gaming chairs are VERY comfortable to slouch in and sit with bad posture. The Dexley isn't as comfortable in that manner, but it is comfortable when you sit with good posture. I sold my gaming chair after I got the Dexley because while it wasn't as comfortable to sit in in the moment, it REALLY helped with my back pain after using it for about a week.

0
Reply
This comment has been rated as unhelpful by Slickdeals users
Joined Dec 2016
L99: Elite Boss
361 Posts
100 Reputation
11-16-2020 at 01:46 PM #40
My wife is 5'6" and about 115-120lbs. The end of the chair seat has a gradual curve from back to front that just drops off so it's difficult to keep ur legs from sliding. Regardless the edges of the chair stick up so resting that way for an even taller person would not work in my opinion.


edit. I'm sure it would be fine if u wear longer shorts or pants. my legs are kind of thick but the seat itself is only 19" of fabric wide. and if u are wider that 18.5" you will definitely feel the edges of the chair.

0
Reply
This comment has been rated as unhelpful by Slickdeals users
Joined May 2015
L2: Beginner
98 Posts
18 Reputation
11-16-2020 at 02:19 PM #44
Ordered one, as always really appreciate everyone's detailed feedback

Trim $800 off a Bowflex Treadmill Just in Time for 2021 Resolutions
Copy Code & Open Site More Deals from
Did this coupon
work for you?
Copy
Link Copied to Clipboard