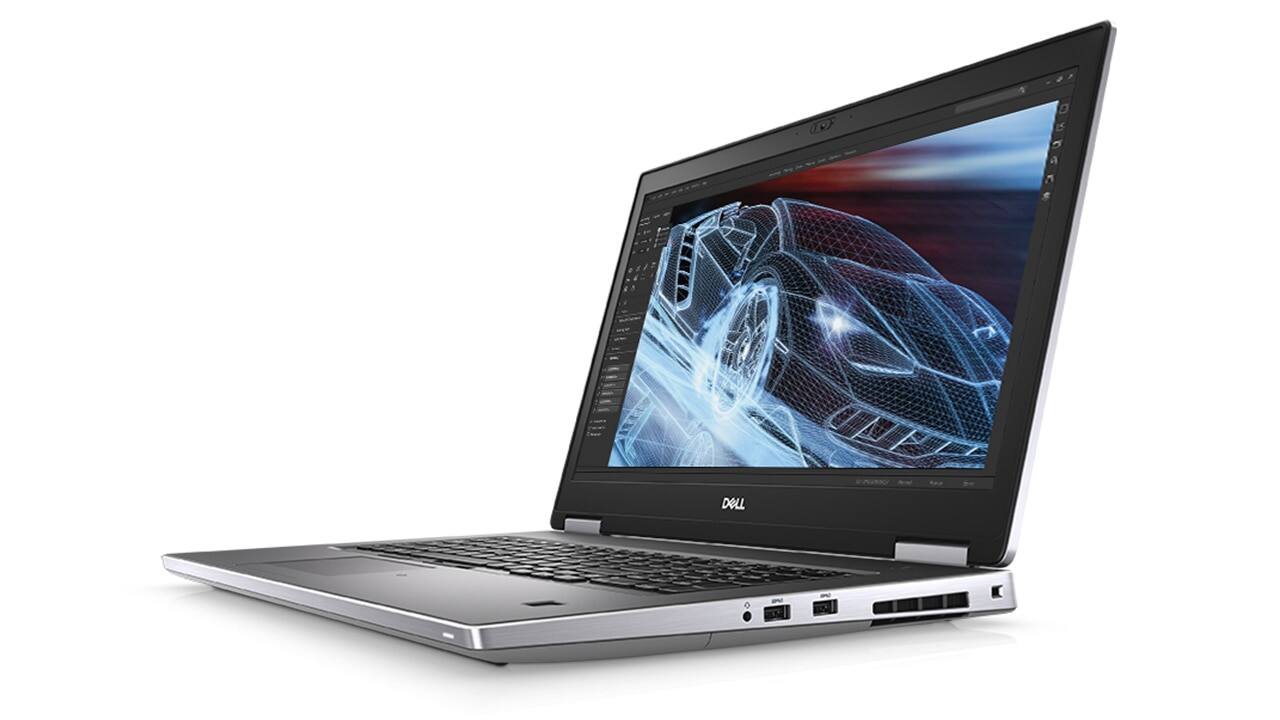 iconian posted this deal. Say thanks!
Add Comment
Reply
Created 11-18-2020 at 03:29 PM by iconian
in Laptops (5) Get Dell Technologies Coupons
If you purchase something through a post on our site, Slickdeals may get a small share of the sale.
Deal
Score 0
5,773 Views
$1,449.00
See Deal
About the OP
Send Message
Pro Sr. Deal Editor
Joined Feb 2006 Slickdeals Editor R U an ultracrepidarian?
145,426 Reputation Points
17,788 Deals Posted
14,443 Votes Submitted
63,576 Comments Posted
Questions & Answers BETA

Ask our community of deal experts a question about this deal, product, or store.
Want more deals like this? Create a deal alert for Laptops.
Add Deal Alert for Laptops

But - the HP has soldered RAM (lame) and the cheap i9 config locks you into 16GB, and the T1000 Max-Q is significantly less capable than an RTX 3000. I'd also expect better overall thermals and lower fan noise from the larger Dell.
1
0
0
1
Reply
This comment has been rated as unhelpful by Slickdeals users
Joined Jun 2020
New User
5 Posts
10 Reputation
11-19-2020 at 06:29 PM #7
The kind of idiots that develop and run computational engineering routines that can take hours to run, and which are corrupted if the computer crashes. Engineering workstations are typically "certified" for use in certain applications or with certain software. I don't know how that plays out now, but that was the distinction in the past.

There used to be a wider gap between gaming systems and engineering workstations. But for people like me, it has narrowed. I bought an Asus TUF A15 a few months ago, and it *smokes* my other Lenovo and Dell portable workstations. But the bottleneck in my parallelized code is reading and writing data to disk. And so having capacity for multiple disks is a good thing. So the Dells and Lenovo workstations are great for that.

I'm running 100% load for hours at a time. The Dells/Lenovos haven't given me problems. I haven't had problems with the Asus A15 either. But you'll read comments here about people who swear "it has bad thermals." I personally haven't had any issues. And I love the Ryzen 4800....

(BTW, I also prefered Dells earlier because of the Linux support versus the new Ryzen 4000s. The Ryzen 4000 support will catch up eventually....)

When you get down to it, a slightly slower computer with non-cutting edge specs that works predictably and does not crash is better (for me and my customers) than a cutting edge computer that does crash or which may crash. It's really a roll of the dice these days, with most reputable brands. But it's a $1000+/day roll of the dice. So risk averse engineers and consultants like me sometimes pay for the slightly less risky, slower solution.

And then we use the money we didn't waste debugging work computer problems to buy gaming systems for non-work....

Edit: I'll also add that engineering workstations are pretty modular to facilitate maintenance in an enterprise environment. So that's valuable to some (enterprise) buyers.
14
0
0
2
Reply
Last edited by MagentaManatee6559 November 19, 2020 at 06:36 PM.
This comment has been rated as unhelpful by Slickdeals users
Joined Jul 2019
.
174 Posts
188 Reputation
Pro

This comment has been rated as unhelpful by Slickdeals users
Joined Jul 2019
.
174 Posts
188 Reputation
Pro

These Are the Best Dell Laptops for 2020

Dell Inspiron Chromebook 11 2-in-1 Review: Convertible Versatility for the Budget-Minded
Copy Code & Open Site More Deals from
Did this coupon
work for you?
Copy
Link Copied to Clipboard