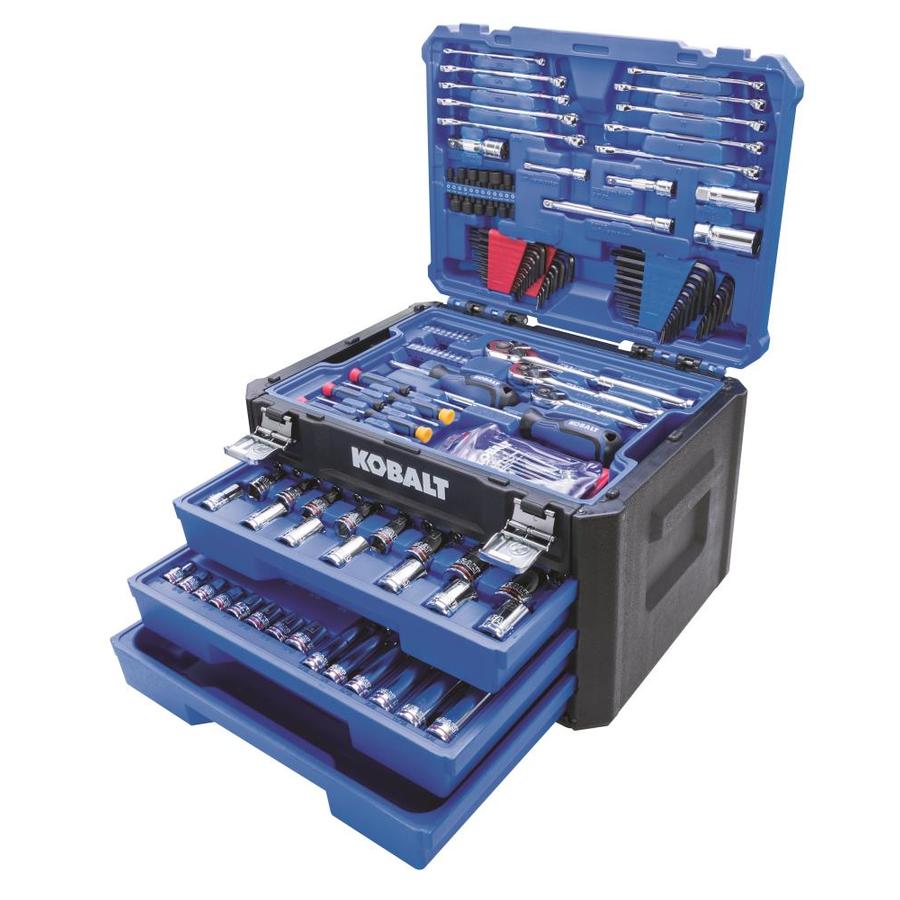 Sal707 posted this deal. Say thanks!

This comment has been rated as unhelpful by Slickdeals users
Joined Jan 2007
L2: Beginner
98 Posts
26 Reputation
11-21-2020 at 09:56 AM #121
I picked up the Craftsman 282 piece earlier. It is all 6 pt sockets, the deep ones are normal depth, unlike my 150 piece travel set which are shorter. 120 tooth ratchets, good selection of wrenches. I like the gunmetal finish, and the markings were easier to read than my Husky or my older USA Craftsman sockets. However the 282 piece only comes with trays for a tool chest, no box. This was not an issue for me but could be for others. The ratchets are not serviceable though. Likely not an issue for DIY but could be for a heavy user

I bought my son a similar Kobalt set last Xmas, I think it was a 305 piece. The box sucks. If you add two extra wooden blocks under the top removable tray that helps a little. We ended up getting some older Craftsman portable rally boxes on Craigslist and transferred the tools to them.

I have been pretty happy with Kobalt hand tools, at least the stuff made in Taiwan. The ratchets though are huge. They may be 90 tooth but they are wider and thicker than anything else I have, and the switch works opposite of all my other ratchets.

0
Reply
This comment has been rated as unhelpful by Slickdeals users
Joined Dec 2006
L2: Beginner
37 Posts
29 Reputation
11-25-2020 at 11:57 AM #124
WIsh they make something like this with just METRIC tools. I have no need for SAE, I don't think any cars made in the last 20 years still use SAE sizing. Just want a compact set to leave in my car. Don't want to carry around extra SAE sockets that are totally useless and dead weight.

This comment has been rated as unhelpful by Slickdeals users
Joined Oct 2008
L2: Beginner
73 Posts
18 Reputation
11-27-2020 at 09:39 AM #128
Thanks for the comment, repped. You're right, I looked at videos of the Kobalt box and it sure does look clunky to take out the drawers and use. Of course this doesn't dictate the quality of the tools

0
Reply
This comment has been rated as unhelpful by Slickdeals users
Joined Nov 2009
L5: Journeyman
786 Posts
555 Reputation
11-27-2020 at 09:58 AM #129
The Dewalt box made me buy it and makes up for the price difference. From all of the different forum posts I've read and reviews I've seen online, the Dewalt quality is definitely better, but this Kobalt set seems to be good. I believe the Dewalt set has all six-point sockets.

I think I just convince myself to keep the Dewalt I ordered.

1
Reply
This comment has been rated as unhelpful by Slickdeals users
Joined Nov 2015
L2: Beginner
68 Posts
46 Reputation
12-09-2020 at 06:11 AM #133
It's all the same Stanley Black & Decker Craftsman at Napa, Northern Tool, ACE, Lowe's, Mills, and Blaine's. Unless you find NOS at Ace or happen to find a remaining Sears(Apex/WorkPro stuff).

Are You Buying the Right Paper Towel Brand?
Copy Code & Open Site More Deals from
Did this coupon
work for you?
Copy
Link Copied to Clipboard