Note, you'll receive an email to claim offer after you purchase. Follow on-screen prompts during checkout. 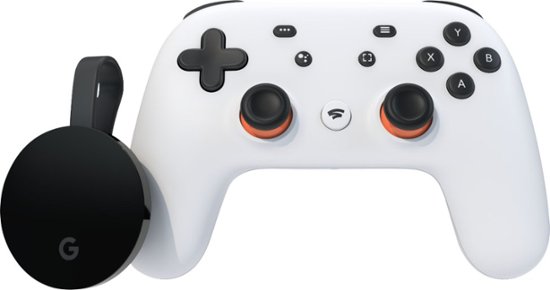 nnrpro posted this deal. Say thanks!

QA note: Must be 18 years or older and a resident of the United States (excluding Hawaii, Guam, and the U.S. Virgin Islands) to qualify for the Stadia Premiere Edition offer.

Add Comment
Reply
in Video Games (3) Get Google Store Coupons
If you purchase something through a post on our site, Slickdeals may get a small share of the sale.

FYI - for those wondering about the growth of Stadia Stadia Stats [google.com]


Quit your griping, it isn't my link and it WAS public when posted. Not my fault the author changed it.

FYI; assassins creed Valhalla runs at 30 fps @ 4k. This will most likely be 30 fps as well.

0
Reply
This comment has been rated as unhelpful by Slickdeals users
Joined May 2010
L4: Apprentice
401 Posts
111 Reputation
01-20-2021 at 01:00 PM #754
This has been a terrible experience. I have been going back and forth with Google Store for months - they keep canceling my order 2 days after I submit it when using the redemption code provided by this promotion. Is anyone else having this issue?

I have had my order canceled by the The Google Store 10 times so far (it usually takes 2 days to receive the cancelation after submitting the order with the redemption code used as the promotion code). It has been almost two months and I seem to be hitting a brick wall.

0
Reply
This comment has been rated as unhelpful by Slickdeals users
Joined Aug 2016
New User
2 Posts
14 Reputation
02-07-2021 at 11:56 AM #755
I didn't have internet access last month and went to redeem a few days ago only to find my code expired. Google support is now explicitly refusing to honor the deal for me.

0
Reply
This comment has been rated as unhelpful by Slickdeals users
Joined May 2010
L4: Apprentice
401 Posts
111 Reputation
02-07-2021 at 08:13 PM #756
I'm really sorry to hear that. I am extremely disappointed with Stadia and The Google Store's business practice around this promotion. You're not alone and, in fact, they refused to honor the promotion for quite a few before the "expiration date", which was never disclosed in the documentation or email communication btw. My speculation at this point is that Google Stadia advertised this promo to spike a massive purchase in Cyberpunk, which I'm guessing was their last metric to determine if Stadia would be shutting down their internal gaming studios (it was recently announced that Stadia shutdown internal gaming studios and is stopping Stadia game development). Very disappointing business ethics coming from a company like Google.

I am aggregating a list of folks who were refused their Stadia Premiere Kit by the Google Store. Send me a PM and I'll give you easy instructions on how to file with the California's Attorney General and Federal Trade Commission (FTC deals with interstate commerce). With enough filed complaints, the CA Attorney General will take action and raise the issue with Google's Legal department, which will then likely involve a more competent internal department who will honor the terms of their promotion or at least provide us with a refund. The AG was a tremendous help when GoPro pulled a similar stunt several years ago via a promo they never honored (someone else on Slickdeals sent instructions on how to use local agencies uphold consumer protection...and it worked very well, especially since GoPro incident also involved the CA Attorney General. GoPro was forced by the CA AG to honor their promotion terms)

Monster Hunter Rise: Rounding up the Best Pre-Order Deals and Offers
Copy Code & Open Site More Deals from
Did this coupon
work for you?
Copy
Link Copied to Clipboard