+7 Deal Score
5,524 Views
I have a thrunite T1 flashlight and it's great, this headlamp looks really solid too. Really bright, available in neutral tint, floody, and rechargeable.

ULTRA BRIGHT HEADLAMP - Max 1500 lumens flashlight with highly efficient CREE XHP50 LED bulb producing an intense beam of bright light up to 118 m throw for long range vision & long-lasting use
VERSATILE 6 BRIGHTNESS MODES - Intelligent Firefly/ Low / Medium / High / Turbo /SOS light modes, makes TH01 can meet all your need at night and can survide all extremely environment,making ThruNite TH01 headlamp the perfect outdoor adventure bushcraft toos for camping, hiking, cycling, indoor and outdoor activities.
MUTIFUNCTIONAL OPTION USE - TH01 can be used as a Headlamp /handheld EDC flashlight for its removeable and softable head strap and compact size, the one button switch design also provides easy one hand operation to cycle through brightness levels and frees your hands
MICRO USB RECHARGEABLE - Powered by an included rechargeable ThruNite 18350 1100mAh battery and with built-in USB charging port and cable,TH01 can be charged everywhere like in car charger,by powerbank or at home,meaning no extra new battery will be needed.
DUAL-LIGHTWEIGHT and WATERPROOF - TH01 Weights only 1.83oz/52g (without battery), made with aircraft grade aluminum with waterproof IPX-8, which can be used in all weather condition from all angles,which is a powerful and vital tool for activities in the dark 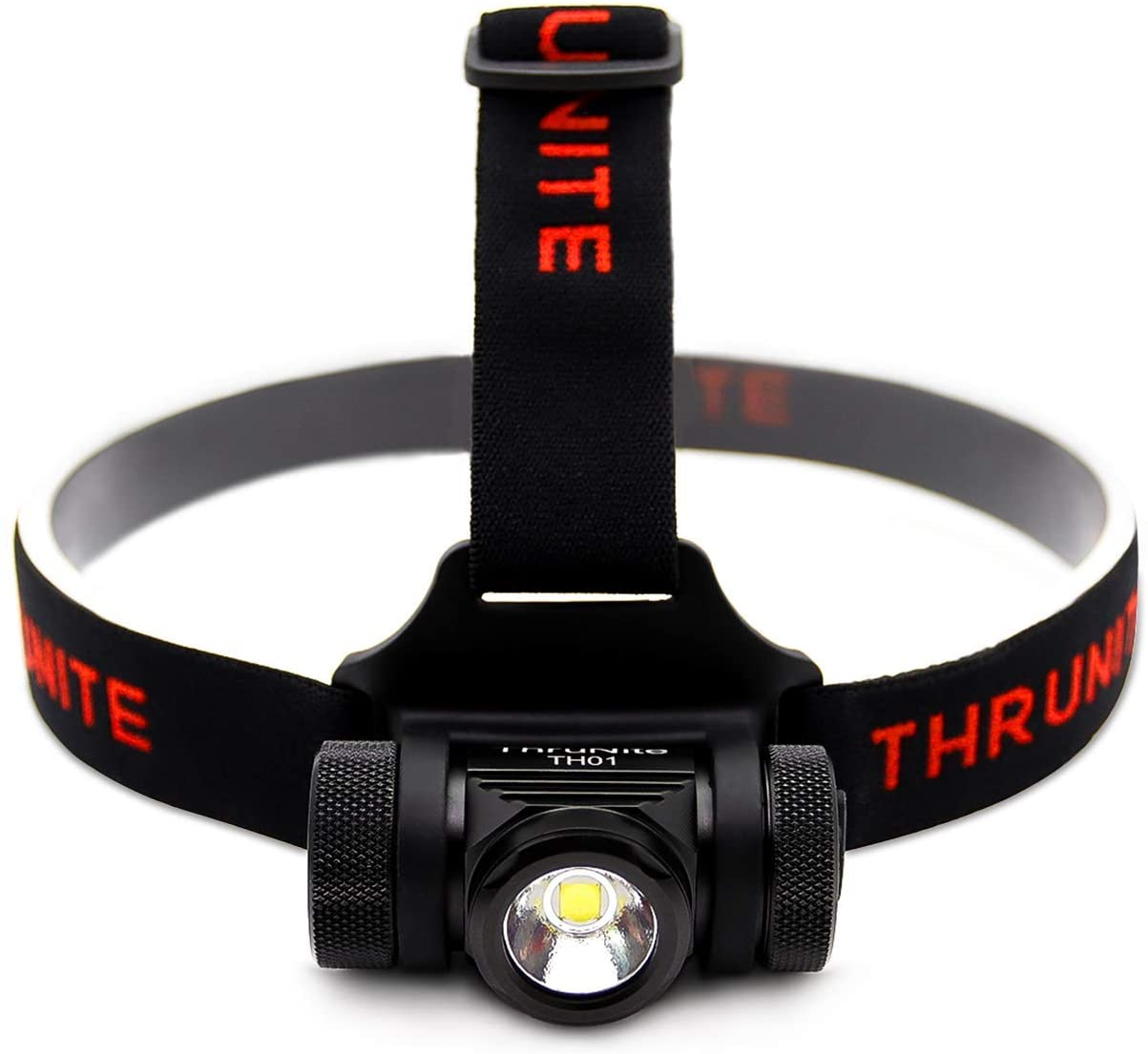 portezbie posted this deal. Say thanks!
Add Comment
Reply
Created 11-20-2020 at 09:03 AM by portezbie
in Home & Home Improvement (2)
If you purchase something through a post on our site, Slickdeals may get a small share of the sale.
Deal
Score +7
5,524 Views
See Deal

Reviews seem super sketchy on the runtime as well where the manufacturer claims 3 hours on high and it's less than 1hr. I'd pass as a flashlightaholic

0
0
0
0
Reply
This comment has been rated as unhelpful by Slickdeals users
Joined Nov 2017
L2: Beginner
47 Posts
18 Reputation
11-27-2020 at 12:27 AM #7
This would appear to be a solid headlamp in the 18350 category. But being an 18350 light means it necessarily prioritizes compactness and low weight over endurance. An equivalent 18650 light will have much longer runtimes at all power levels, and will have greater output potential as well.

The included 18350 battery has a higher-than-average capacity of 1100 mAH. However, a decent 18650 will have 3400 mAH, so 3 times the capacity. Think of a car that has a 10 gallon fuel tank. Now think an identical car having a 30 gallon tank. The second car will have an initial weight penalty, but it will undoubtedly cover a lot more miles before needing a fill up.

I don't see any listed runtime specs on the Amazon link, but I don't really care. It has a modern emitter, and Thrunite is a well-regarded flashlight company, so I have no doubt this headlamp will be on par with any other company's headlamp using this emitter and battery combination.

For me, this would make an excellent secondary headlamp. It would never be my first choice for heading into the woods, but it would be a great choice for working around the house or walking the dog around a very big block. Consider the 1500 lumen setting to be useful only for showing off, bragging rights, or getting someone's attention in an emergency. The battery just can't support that kind of output for more than a few minutes, and even if it could, the light's protection circuitry will throttle down the output to prevent excessive heat build up.
1
0
0
0
Reply
Page 1 of 1
1
Join the Conversation
Add a Comment

Space Exploration - Double Your Apartment Storage Without Moving
Copy Code & Open Site More Deals from
Did this coupon
work for you?
Copy
Link Copied to Clipboard