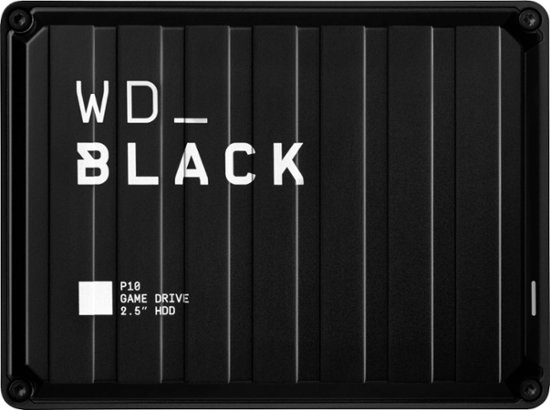 Jaimefbh posted this deal. Say thanks!

11-20-2020 at 07:27 PM #32
Is this USB 3.2 Gen as in the title?
0
0
0
0
Reply
This comment has been rated as unhelpful by Slickdeals users
Joined Aug 2013
L1: Learner
14 Posts
29 Reputation
11-20-2020 at 07:53 PM #33
you also got a black metal encasing.
0
0
0
0
Reply
This comment has been rated as unhelpful by Slickdeals users
Joined Nov 2007
L5: Journeyman
539 Posts
96 Reputation
11-20-2020 at 08:23 PM #34
This will be great for backing up a couple of laptops and for my kids to dump on it the videos they make with their devices since it's portable and doesn't require a power adapter. Plus, it looks like this has a 3 year warranty. Many of the external drives now have only 2 years. My credit card gives me an extra 2 year extended warranty too, so 5 years.
0
0
0
0
Reply
This comment has been rated as unhelpful by Slickdeals users
Joined Feb 2013
New User
17 Posts
18 Reputation
11-20-2020 at 08:49 PM #35
Shows up as "Not Initialized" / "Unallocated" in Disk Manager. Also shows up as "unallocated" in GParted in Linux.
Did not try that specifically. I did create a small partition (probably NTFS) and put some junk data on it, hoping the PS4 would accept part of the drive as a sacrifice, but you still have to go to Settings > Devices > USB Storage Devices > Format as Extended Storage, which formats the whole drive in some secret partitioning scheme. Can't try it now since I already moved some games to the drive (gotta have hundreds of GB available on the internal drive even just to do game updates...)
Yeah, that'd work, but then I'd lose my PS4 stuff.


To clarify: the PS4's "preparing" of the drive does not permanently prevent it from working on Windows, it just formats the whole drive (with no option to do part of the drive) in a filesystem that Windows or Linux can't read. There is not even a "PS4" partition visible that I could try to shrink, the drive shows as unallocated in either OS.

So as far as I can tell, you cannot use part of the drive for PS4 external storage and still use it to do other things. Works great exclusively for either though.

Anyway, I do recommend the drive on this post. Might pick up another to use for "other stuff".