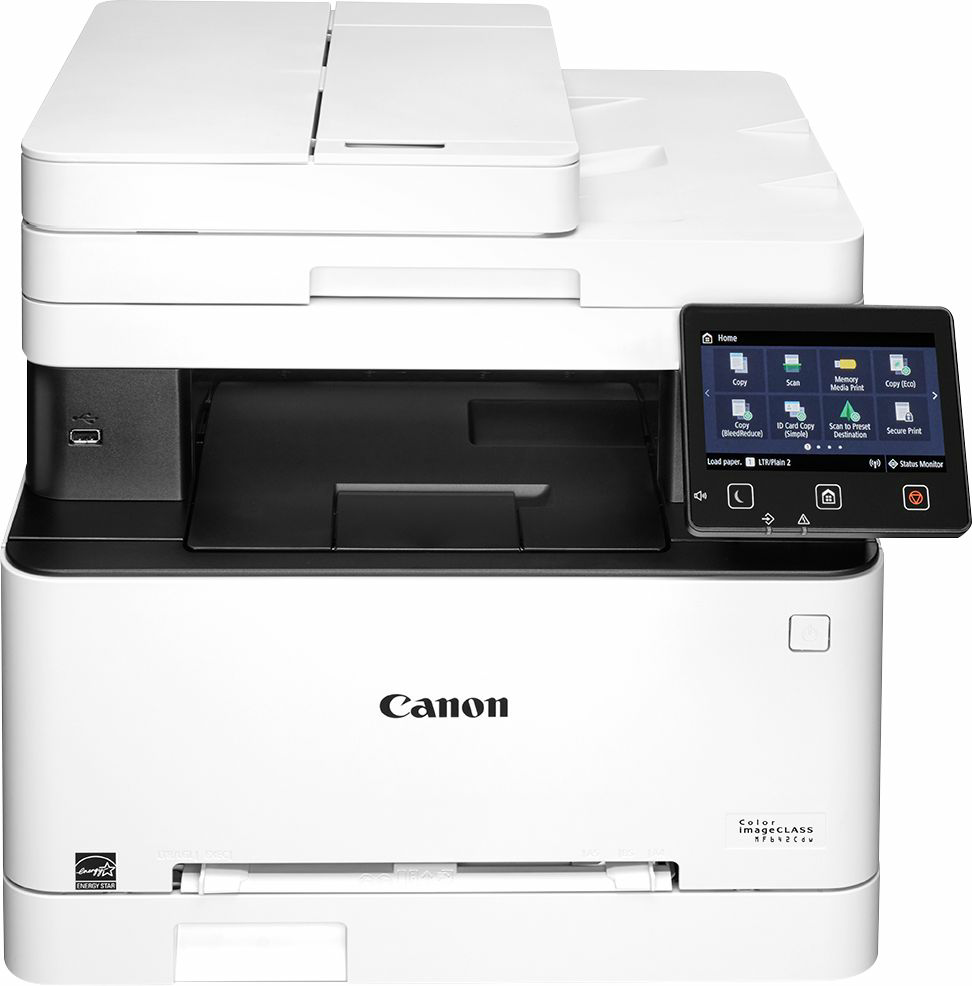 Ash1sh posted this deal. Say thanks!

Disclaimer: During pre-covid days, this used to sell around $170 on BF so not the best deal but still a good one in recent times.

https://www.bestbuy.com/site/cano...Id=6333172
Add Comment
Reply
in Laser Printers (5)
If you purchase something through a post on our site, Slickdeals may get a small share of the sale.

This comment has been rated as unhelpful by Slickdeals users
Joined Nov 2017
New User
11 Posts
18 Reputation
11-22-2020 at 09:35 AM #91
Have a Canon MF634Cdw, got it last year at close-out pricing at Staples after the MF642/4Cdw models came out. Not much difference between the two, so it was a heckuva deal. The firmware updating can be a little weird, but I recommend it; for MacOS, first update I did combined printer and scanner together into a "multifunction" device in the Printer System Preferences, and changed how MacOS saw it (for the better). Haven't had any firmware issues since. Starter cartridges last a pretty long time. And ADF has been good, no weirdness with paper skew or failure to pull pages correctly. I got the 634 –specifically– because it has Duplex Scanning. Anyone looking to buy, should be getting the 644 or 742; don't bother with the single-sided scanning, I can almost guarantee at some point in the life of the device you'll wish you spent the extra money. (Had a client employee scan hundreds of pages, years worth of paper bills on a single-sided Brother device, not realizing there was a difference, shredded the bills afterwards… didn't double-check the resultant PDF files until it was discovered months later.) All the comments about how not great the touchscreen is are correct; it isn't great. It is resistive not capacitive and it isn't responsive like we've all come to expect with our capacitive touch smartphones. But thankfully you usually don't need to touch it too much. Otherwise, I really like these printers. Packed with features, the software "works", supports AirPrint, and Canon is still updating them without the shenanigans of toner lockouts. Only real complaint is that when the printer falls asleep, sometimes it won't wake up without me having to physically wake it from the touch screen before I can print (I assume it probably relates to it being on Wi-Fi, not ethernet for Wake-on-LAN packets). But best sub $200 spent on a printer in a long while. Compared to Brother's nightmare software (on Windows 10, installs WinXP era-looking apps… what??) and whatever HP is doing (to completely kill its once good reputation), the Canon has been stellar.

[I can't say it enough, and I've said it in other comments on these printers here at SlickDeal: just don't bother with single-sided scanning. Like duplex printing, if we in the community stop foolishly buying the low-end single-sided "fools" purchases, the manufacturers will start just making duplex scanning baseline and this frustration will finally all go away. They're taking advantage of your inexperience and ignorance, don't fall for it!]

ADDITION: As to the folks saying the deal isn't "slick" because the MF642Cdw was $165 last year… I don't recall that, I remember the MF632Cdw being that low, on close out, but not the 642. But even if it was, that was pre-COVID and I've been watching these printers for some time and they haven't budged in pricing. I'd not expect to see much more come off until things get back to more "normal".

0
Reply
This comment has been rated as unhelpful by Slickdeals users
Joined Sep 2014
New User
7 Posts
10 Reputation
11-22-2020 at 09:54 AM #93
Newbie to printing. I don't have use for color. Can I substitute the color cartridges for black and use it as usual ?

0
Reply
This comment has been rated as unhelpful by Slickdeals users
Joined Oct 2020
New User
5 Posts
11-22-2020 at 10:25 AM #96
Does this printer able to scan from the printer itself from the little screen or I must turn on my computer to use the scan feature (something like HP printer does).

0
Reply
This comment has been rated as unhelpful by Slickdeals users
Joined Jan 2013
L4: Apprentice
305 Posts
48 Reputation
11-22-2020 at 10:42 AM #99
I got one of these last year to help drop costs when it came to ink. We print invoices for the hundreds of orders we send out every day but I did not see a decrease in cost, if anything it costs much more and we were replacing more often. Ended up selling it, was I missing something?

Ok odd. I went manually to officedepot and was able to add it to my cart for $274.99

At staples, it shows out of stock.

0
Reply
This comment has been rated as unhelpful by Slickdeals users
Joined Dec 2007
L3: Novice
216 Posts
94 Reputation
11-22-2020 at 11:04 AM #103
Similar model with duplex scanning and fax.
Originally posted for staples, but OOS: https://slickdeals.net/f/14538974-staples-black-friday-canon-imageclass-mf644cdw-wireless-all-in-one-color-laser-printer-for-274-99
Still in stock in office depot: https://slickdeals.net/f/14590000-canon-mf644cdw-aio-wireless-laser-printer-office-depot

This comment has been rated as unhelpful by Slickdeals users
Joined Oct 2014
L2: Beginner
84 Posts
22 Reputation
11-22-2020 at 11:05 AM #105
I still have an MF8280CW that is still going well on the starter cartridges. Just got a notification that black toner is now low and that prints won't be guaranteed. Best $180 spent God knows how many years ago.