Slickdeals Forums Deal Talk Amazon Smart Plug, works with Alexa – A Certified for Humans Device $4.99
Advanced Search
Sorry, this deal has expired. Get notified of deals like this in the future. Add Deal Alert for this Item
Frontpage Deal

AZ9
+931 Deal Score
233,513 Views
Amazon.com (link for reference only) is offering Amazon Smart Plug for $4.99 when you order through Alexa Voice Shopping via Amazon Enabled Echo Device only. Shipping is free with Prime or on orders $25+. Thanks AZ9 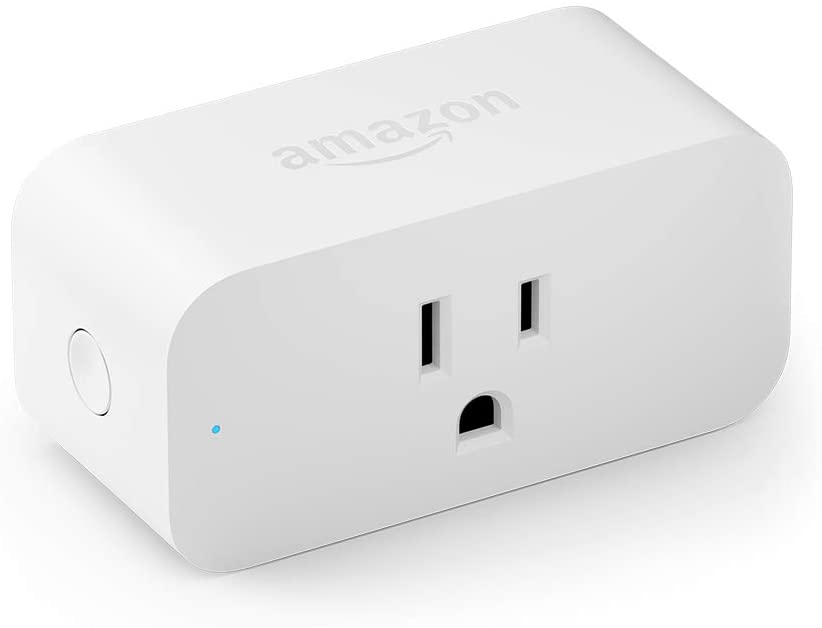 AZ9 posted this deal. Say thanks!

This comment has been rated as unhelpful by Slickdeals users
Joined Apr 2013
L2: Beginner
49 Posts
14 Reputation
11-25-2020 at 08:43 PM #316
These are so unreliable for me that when I create routines, I set the outlet to turn off, then wait 2 minutes, and set the outlet to turn off again. If I just tell Alexa, half the time she says the device is not responding and there is a blinking red light.

0
Reply
This comment has been rated as unhelpful by Slickdeals users
Joined Nov 2007
L3: Novice
188 Posts
64 Reputation
11-25-2020 at 10:08 PM #319
Sure, they can get into my garage. But then they have to get through another locked exterior door to get into the house. Do you not have a door between the garage and the house?

This comment has been rated as unhelpful by Slickdeals users
Joined Dec 2004
L3: Novice
168 Posts
22 Reputation
11-26-2020 at 05:01 AM #323
Yesterday's Amazons web services crash is causing the Smart plugs to not work. This is probably the issue if you just started experiencing response issues or can't set them up.

0
Reply
This comment has been rated as unhelpful by Slickdeals users
Joined Jan 2007
L7: Teacher
2,412 Posts
376 Reputation
11-26-2020 at 09:32 AM #324
I had a very difficult time getting plug to stay connected. I would 'successfully' get it to connect to the network during setup, but would not be able to communicate to the plug for either my Echo Dot or fire hd 10 2019. Alexa app would indicate 'Device is unresponsive'. Same result every time after a reset [pressing/holding the side button for 10 seconds until interchanging blinking of blue/read] and re-setup.

Finally got everything working by performing a setup via my phone with a newly installed Alexa App. Now, able to send command via app and echo voice command from all devices [phone, tablet, echo]

0
Reply
This comment has been rated as unhelpful by Slickdeals users
Joined Jun 2019
L2: Beginner
30 Posts
10 Reputation
11-26-2020 at 10:55 AM #325
I burned my 1 per customer but want to get more of these... anyone know whether Amazon usually has another sale of these during the season?

0
Reply
This comment has been rated as unhelpful by Slickdeals users
Joined Jul 2012
L4: Apprentice
319 Posts
58 Reputation
11-26-2020 at 09:13 PM #326
AWS just had an outage yesterday, but usually a super solid device. AWS outage caused a plug I just set up for my mother on the 24th to mysteriously stop working on the 25th. Also it caused my father's Lutron switches to be unusable from Alexa. The switches themselves still worked. Lutron app still worked. The Alexa skill that interfaces with Lutron's servers did not. It just was super confusing because we had multiple devices, from multiple vendor's indicate the device was unresponsive and had no idea AWS was down. We unpaired and repaired devices. Removed skills, added skills back. It just took awhile to discover it wasn't something wonky in our network. So in case anyone was wondering what the big deal was on the reviews from the 25th, that was it. Still ordering another one for myself in a heartbeat.

This comment has been rated as unhelpful by Slickdeals users
Joined Mar 2009
Spender
535 Posts
117 Reputation
11-26-2020 at 10:33 PM #330
I used my amazon app on my phone and followed directions what to say. Just placed an order. I have one end use to control a light fixture

Weekend Woodworkers are Snapping up This $5 Stanley Chisel Set

Should You Buy A KitchenAid Artisan Stand Mixer?
Copy Code & Open Site More Deals from
Did this coupon
work for you?
Copy
Link Copied to Clipboard