$499
$999.00
(w/ Activation/Transfer Fi Number)
+150 Deal Score
207,756 Views
Google Fi is offering their 128GB Samsung Galaxy Note20 5G Smartphone on sale for $499 (or $20.83/month) when you purchase, activate and bring/transfer your number to Fi from your current carrier to be eligible valid for New Google Fi Customers only. Thanks CoralMint160

Note, a new Fi customer is somebody who is new to Google Fi on either a new plan or a new member as a part of an existing group plan.

TO qualify for the $500 discount:Specs 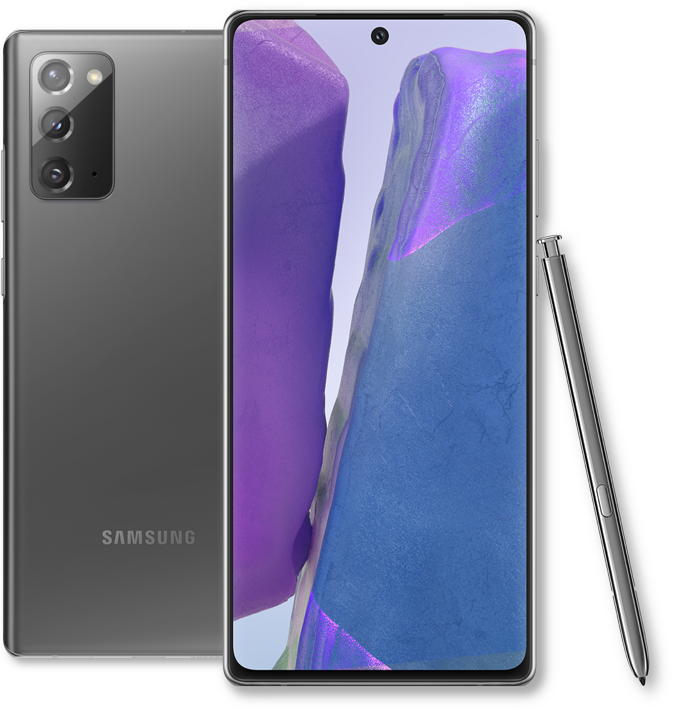 CoralMint160 posted this deal. Say thanks!

Written by Edited November 23, 2020 at 06:54 PM by
Google Fi has Samsung Galaxy Note 20 5G Unlocked Smartphone on sale for $499.99 when you Port-In an existing number and Activate on Google Fi no-contract service starting at $20/mo. within 30 days of shipment. You must remain on active paid Google Fi service for 90 consecutive days. Google Fi also has a trade in credit of $500 on qualifying models which will make the phone free.

Add Comment
Reply
in Smartphones (4) Get Google Fi Coupons
If you purchase something through a post on our site, Slickdeals may get a small share of the sale.

While I've used similar deals 4 times, one intuitive reason why doing so would work is that if one is in or moves to an area with poor T-Mobile, Sprint & US Cellular connectivity, it would be unfair to customers if Google Fi would require them to keep the SIM inserted for 90 days, as in the case of a remote area with no connectivity, Google Fi won't be able to tell if a customer indeed did that, which is why it doesn't impose that restriction, although it could've deployed a solution to do that.

0
Reply
This comment has been rated as unhelpful by Slickdeals users
Joined Jul 2007
L6: Expert
1,284 Posts
236 Reputation
01-05-2021 at 08:02 AM #1474
Same boat. Between the trade-in shipping delays I had, plus the long evaluation time, I was checking my status nearly daily. Going forward, I'll definitely take advantage of these offers and have a little more faith in GoogleFi and HYLA.

0
Reply
This comment has been rated as unhelpful by Slickdeals users
Joined Dec 2016
L2: Beginner
93 Posts
34 Reputation
01-07-2021 at 02:31 PM #1475
Little sigh of relief after reading the same problem other faced and successful to receive after escalating the incorrect TIV.

Sent Note 9 mint condition, received 160$ email instead of 425$. Incorrect phone model sent is the reason (which is incorrect).

Escalated through phone call to customer support. Hope they will fix this.

0
Reply
This comment has been rated as unhelpful by Slickdeals users
Joined Apr 2008
L1: Learner
8 Posts
10 Reputation
01-11-2021 at 12:03 PM #1483
I clicked on contact in the email about value and then used the chat option, representative kept telling me that I sent in a wrong phone and I kept insisting that I sent in the right phone, so he filed an escalation ticket for me, and then the next day I got an email that additional payment was approved.

0
Reply
This comment has been rated as unhelpful by Slickdeals users
Joined Feb 2006
L6: Expert
1,782 Posts
351 Reputation
01-12-2021 at 07:05 AM #1484
Thank you!
I had trouble on both my accounts.
One was for the value of my S10e, which I've escalated now.
Other was the Moto G promotion, I activated the phone later than expected and fighting with them about the 200 promotion.
I could not activate the Moto for a couple of weeks and they are claiming the phone is not in use.
I'm done with Google Fi after this promotion and trade-ins, they make Samsung look like a great company for trade-in.

Edit: They agreed to my full $485 value after it was escalated via chat. Definitely not doing a trade-in anymore with Google Fi.