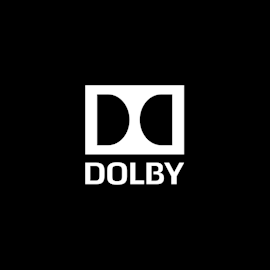 goosedude posted this deal. Say thanks!

DOLBY ATMOS for Headphones for Windows 10 PCs, XBOX One, and XBOX SERIES S/X is on sale for $ 10.49 (Normal price $14.99). If you aren't familiar...only Windows Sonic is supported out of the box for Xbox consoles and Windows 10 PCs,

Dolby Atmos and DTS are extra and require installation / activation.

You will need to install the DOLBY ACCESS app (which comes with a 7-day free ATMOS trial) via the Microsoft store on Windows 10 & Xbox Consoles.

Via that app you can access the purchase of DOLBY ATMOS as well as the settings. You also can go directly to the link for purchase.

This rarely ever goes on sale though I do know vouchers for a free copy are included with some RIG headsets.

Last Edited by UnstableChimp November 24, 2020 at 05:26 PM
For those who have questions, or simply want to learn more about Dolby Atmos and Windows Sonic for headphones, this is a really good article.
https://reddiamondaudio.net/windo...lby-atmos/
Link to this Wiki

DTS is just as good and it's free.

This also depends on the media player software used.

This comment has been rated as unhelpful by Slickdeals users
Joined Nov 2012
L5: Journeyman
843 Posts
177 Reputation
11-24-2020 at 04:51 PM #98
I have a recollection when I tried the Dolby Atmos app out when it first came out, that it only worked if your games directly supported Dolby Atmos headphones. When listening with headphones, your sound card still showed up as 2 channel, so games/content that used older 5.1 formats couldn't take advantage (they'd behave like a stereo up-mix).

The solutions built into "virtual soundcard" solutions like Razer or any of the Creative soundcards treat your sound card like a 5.1 or 7.1 source (so any surround format works) and then virtualize it for your headphones. In practice that provides support for a lot more games / content and for most people sounds just as good.

Has the state of the Dolby Atmos / Windows Sonic apps changed to work with more content?

0
Reply
This comment has been rated as unhelpful by Slickdeals users
Joined Jan 2009
L10: Grand Master
6,928 Posts
1,145 Reputation
11-24-2020 at 05:11 PM #100
Yes also some games have built in surround . U can by mistake use multiple but it will make a mess of positional accuracy because they try to simulate surround when the source is already simulated surround . So make sure whatever software package you use for surround , everything else should be set to stereo.

0
Reply
This comment has been rated as unhelpful by Slickdeals users
Joined Aug 2008
L7: Teacher
2,550 Posts
684 Reputation
11-24-2020 at 05:27 PM #101
For those who have questions, or simply want to learn more about Dolby Atmos and Windows Sonic for headphones, this is a really good article.

Not only does it talk about the differences between Windows Sonic and Dolby, it talks about how our body perceives sound, and how "simulated surround" works. It's one of the better articles translating something technical into terms most readers can understand.

0
Reply
This comment has been rated as unhelpful by Slickdeals users
Joined Nov 2013
L3: Novice
265 Posts
38 Reputation
11-24-2020 at 06:02 PM #104
I mean that to think you're going to get Dolby Atmos through a headset is laughable. The thing that differentiates Dolby Atmos from run of the mil surround sound are height speakers (above your head). You're not getting surround sound thru a headset...and you certainly aren't getting Dolby Atmos.

1) Ability for 3D sound thanks to overheads or upfiring speakers. Can't really fake this as well as the real thing because you literally have sound waves coming from above your head.

2) Object-based audio (as opposed to channel based). This CAN be done with at least two speakers...hence the stereo requirement. This can be very subtle to pick up on or very obvious depending on how often you have heard it or the content at hand. In a nutshell, you can better position objects in a space because all speakers (or both in the case of stereo) will aid here. Want just left of center? Mostly left and a little right. Before you might have just the left channel working.

5.1 headphones and 7.1 headphones don't actually have that many speakers, rather nifty software tricks to make it closer. I have 7.1 Logitechs that default to stereo if I don't connect to the little DAC or whatever USB thingy it came with. From my understanding, I could connect any headphones to that and get similar effects (at least it worked with some UE headphones I have).

What does that mean? Overhead sounds are simulated, not actually coming from a particular part of a single tweeter, not really positional based on having a mix of sounds, and just an interpretation of how that would sound from a single sound wave. Remember how sound works - the thing making the sound produces a wave. In stereo, you have typically one speaker in each ear doing that. In my home theater, I have 9 speakers plus a sub (5.1.4). So directional sound is made by having different speakers produce different amounts of sounds to give the Atmos/DTS:X effect. With these, I believe it is software tricks, but largely changing how something sounds to give a perception from a single or both speakers, not fundamentally having multiple speakers work together.

I tried the two day free time from maybe two weeks ago. Sounded the same on my 7.1 headset, stereo headphones, and even my 2.1 computer speakers. All that to say it sounds a little better than normal stereo, but still impossible to emulate having proper speakers. If you want to test them, the app actually has Dolby made stuff. My cat and youngest kid have actually looked around the room for a bird flying around in a demo... Dolby had some available on their website pre-Dolby Music push. My understanding, though perhaps dated at this point, is Youtube only does stereo so if you are looking to demo something, that's likely stereo getting upmixed.

With These Verizon Fios Incentives, It’s Time to Ditch the DSL

12 Free Mobile Games that Are Actually Worth Your Time

T-Mobile is Giving Customers Discounted YouTube TV for a Year

How To Save HUNDREDS on Xbox's Game Pass Ultimate

13 Tech Deals We're Cashing in On This Week
Copy Code & Open Site More Deals from
Did this coupon
work for you?
Copy
Link Copied to Clipboard