+14 Deal Score
46,163 Views
I Ran across these tools in store and noticed the 25% to 26% discount. Price reflected online as well. I own the circular saw and impact driver, I couldn't be happier with them. This line has great reviews. 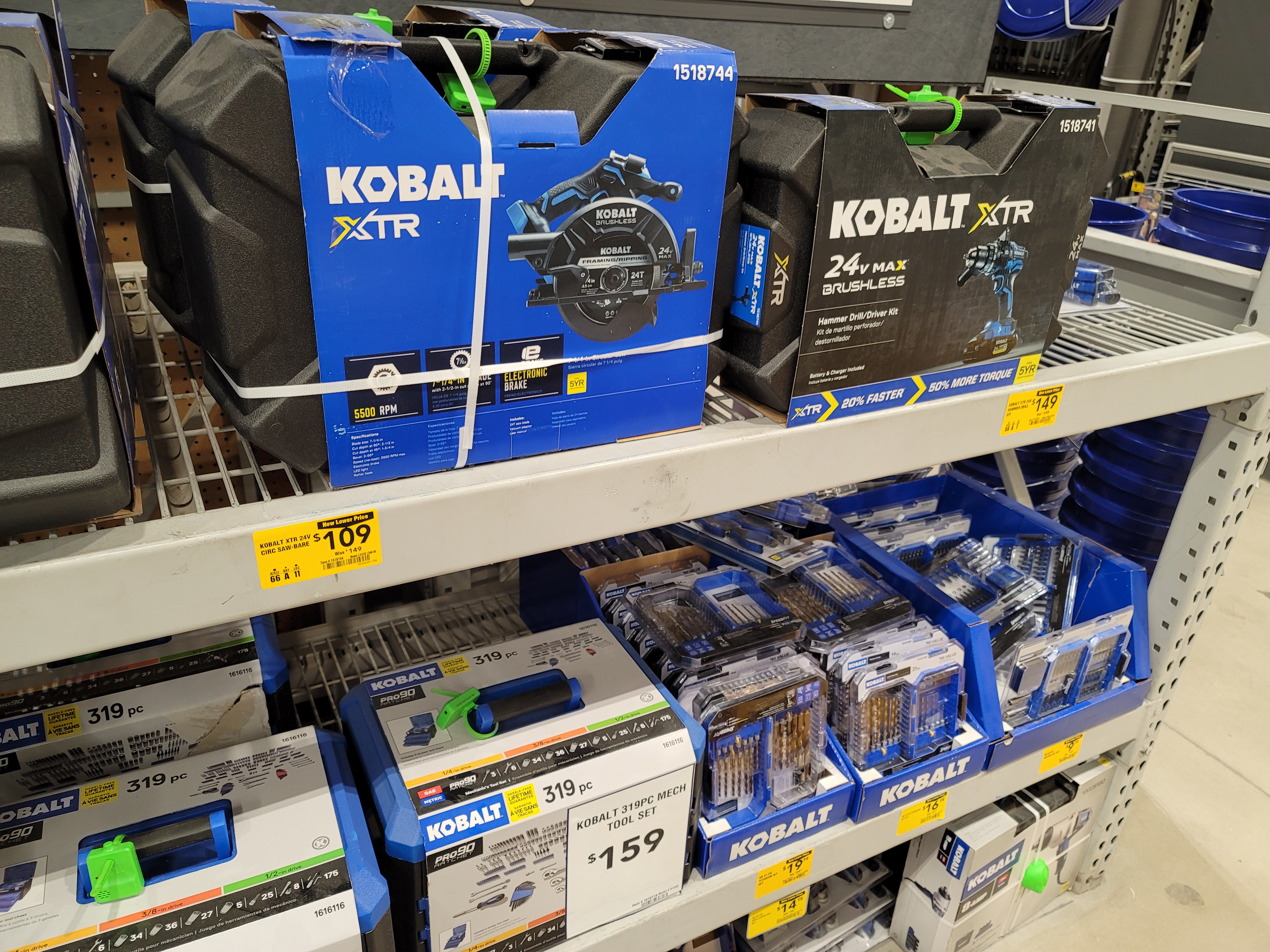 The_Big_Ledealski posted this deal. Say thanks!

0
Reply
This comment has been rated as unhelpful by Slickdeals users
Joined Mar 2006
L4: Apprentice
445 Posts
33 Reputation
11-25-2020 at 01:00 PM #8
I bought the kit/box of these a few months back when it was on sale.
EXCELLENT power tools. Plenty of reviews on youtube showing how these stand up againts the others.

Good prices of you need one of their single tools.

0
Reply
This comment has been rated as unhelpful by Slickdeals users
Joined Dec 2018
L2: Beginner
29 Posts
14 Reputation
11-28-2020 at 08:53 PM #12
I bought the 5 kit with his early in the summer on sale along with the blower/trimmer deal. Added oscillating tool, jigsaw and ratchet. Used all of these to totally rebuild my deck this summer and fall with trex The sawzall was awesome. Blew through the old decking and supports. Both the hammer drill and driver also great but a touch on the heavy and bulky side. The circular saw was okay but clearly less powerful and much easier to bind up than a cheap plugin circular. Very convenient though and we only had to pull out the plugin circular twice. Also used a table saw and compound Notre on the project.

Either way, good to get a nice set of tools at a discount.

1
Reply
This comment has been rated as unhelpful by Slickdeals users
Joined May 2007
L5: Journeyman
732 Posts
355 Reputation
11-30-2020 at 09:08 AM #14
This is fake news!!!! This has been rumored for years now. In the meantime, they have continued to expand their platform. They have easily brought out 12 new tools since I first hear these rumors about 3 years ago.

I am heavily invested in this platform and they are great tools at a great price.

0
Reply
This comment has been rated as unhelpful by Slickdeals users
Joined Dec 2012
L3: Novice
109 Posts
132 Reputation
12-18-2020 at 11:35 PM #15
Don't know where you get your info from but it is wrong on several counts. I've been doing commercial business with Lowe's for a touch over 20 yrs. My grapevine goes way up the line for what its worth.

Stanley just bought Craftsman in 2017. Brokered Craftsman and Lowes started implementing the lineup in 1 & 2 quarter of 2018. end of 2019 Lowes store managers where told that Kobalt will be phased out over the next 3 - 5 years. Your comment that this had been rumors for years is inaccurate.

The original contract between Lowe's and Stanley, who bought the Craftsman name wasn't met. (Not getting into those details)

Lowes has made a play to buy the Craftsman name from Stanley, some say it is done, others say it's not. Not posting one way or the other, you decide what you want to believe. Either way, it looks like Lowes has nego enough to cut the Kobalt line severely. From Mooresville, store managers were told about 1 1/2 years ago Kobalt will be phased out. I heard this from above the district and regional level also.

Many of the tools and accessories are made and private labeled from the same manufactures. Craftsman will be replacing Kobalt on a case by case basis with Kobalt warranty and exchanges also. This is to move you out of the Kobalt line. The Kobalt warranty says a like or comparable item.

MTD is head to head competition for Craftsman. This is why you saw the troybilt line being dumped. There is literally on a few items still in the store that Craftsman, PC, DW, GW, BD and Kobalt don't have a replacement for like the Troybilt trimmer blade that goes on a weed eater.

Greenworks makes the batteries for Kobalt, you see Greenworks but also getting sold off.

Porter Cable is on the way out also, quite a few products made in both Craftsman and PC, no point in carrying both.

Kobalt still has a following, no doubt. They thought they could push the K warranty easier to C but too many customers pushed back. They have slow rolled the phase out a bit to capitalize on what was already contracted for the upcoming 2 years of Kobalt product. I talked to their Chinese importer early 3rd quarter of 2019, long before all of the Covid BS hit and Kobalt had reduced their tool chest line up to just a handful and only black except for that 1 baby sh@t green box

for all of 2020 import. Now you understand why tool chest warranties can't repair things like lock latches, the boxes are all China imports now.

They are NOT going to come out and tell the public they have a plan to phase the K line out. If they do that, they are stuck with a ton of inventory.

Class Action Law Suit filed right now ahead of the 3 yr phase out would be the way to protect your investments and the warranties. Every tool that is sold now with a "LTW" is actually a lie and a great basis on breach of contract / fiduciary duty .... to the consumer a for the CALS. They are already not warranting some K products that I have returned and I have receipts for probably 45K + in Kobalt in the last 2 years alone.

Your warranty is as good as the next business deal. If the bankrupt Kobalt, your warranty is done. If they force you to take a Craftsman, your in whether you like it or not.

One thing is for sure, there is NO .... NO HASSLE FREE EXCHANGE like we had in the past. Between ID, model comparison, proof of purchase, use or misuse, no comparable product replacement, your first born, etc.

I have been loyal to L for 21 years but the attitude, conditions of the stores, product lineup, cleanliness, amount of staff working and overall presentation has been detrimental to my loyalty. The store conditions are an absolute DISASTER. I hate to admit it but HD is earning a little more of my business every week.

It won't be long before Marvin's BS of cooking the books will catch up to him. (CEO Marvin Ellison) Yes you read that correctly. Can I prove it, yes, so can many others I suppose. Should I open that can of worms and hurt the employees and their families, absolutely not. he will get what is coming to him. You can only rob Peter to pay Paul for so long.

Kobalt is a great brand, I hate to see the brand go. You will notice soon that alot of the K and C product will have 1 year warranty now if you read the print. It's coming, we just don't know when.

Lowes Pressure Washer and Accessories Clearance YMMV (Most In store only)
$0.00
111 116
Frontpage Deal

Trim $800 off a Bowflex Treadmill Just in Time for 2021 Resolutions
Copy Code & Open Site More Deals from
Did this coupon
work for you?
Copy
Link Copied to Clipboard