Thanks to community member Dilbertic for finding this deal. 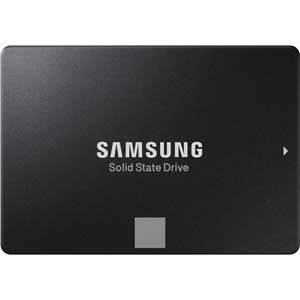 Dilbertic posted this deal. Say thanks!

Yes Fry's really does have a good price, I had to triple check thinking it was turkey coma, but it's on sale..

Add Comment
Reply
in Solid State Drives (SSD) (8) Get Frys Coupons
If you purchase something through a post on our site, Slickdeals may get a small share of the sale.

0
Reply
This comment has been rated as unhelpful by Slickdeals users
Joined May 2007
L7: Teacher
2,311 Posts
223 Reputation
11-27-2020 at 02:09 PM #63
Hah, that's my local Frys too and I hate that place. There would always be like 40 employees there every time I got but barely 10 customers... and if you needed help, not a single person there knew how to do anything outside of walk. Pretty sure it's a shady manager there who's just hiring friends/family to work there.

If this wasn't such a tempting deal, I wouldn't have bitten... now lets see if it's actually ready for pick up when I go there or if they're gonna give me the run around like last time I bought something from them.

0
Reply
This comment has been rated as unhelpful by Slickdeals users
Joined Dec 2006
L5: Journeyman
602 Posts
40 Reputation
11-27-2020 at 02:22 PM #64
Ordered for pickup. Frys called in 10 minutes saying there was some error and there won't be any confirmation email sent. Don't bother.

Advantages of one or the other? Is this new (seemingly faster) tech not compatible with all mobos or something?

This comment has been rated as unhelpful by Slickdeals users
Joined May 2020
New User
12 Posts
10 Reputation
11-27-2020 at 03:32 PM #68
The main benefit is if you have work that requires you to move around a lot of large files requently, like content creation or other heavy loads. For the normal person and gamers, not much benefit between em.

Main advantage for sata may be due to space for them. Like with laptops, you are bound to see some with an nvme ssd, and an empty sata slot. Another nvme would not help there.

Most motherboards also tend to allow just 2 m.2 drives(which can include nvme), so again a sata drive would be preferred there. Plus, some mobos also tend to limit speed on the second nvme, which would make it run like a sata drive. If you aren't short on memory, some may prefer the m.2 style, in order to limit wires.

But you are also correct that some mobos may not be compatible, but those are some ancient machines at this point.

Tldr; unless you have heavy work loads that you know are limited by ssd speed, you can just pick the open ssd slot your mobo allows.

0
Reply
This comment has been rated as unhelpful by Slickdeals users
Joined May 2013
L1: Learner
3 Posts
10 Reputation
11-27-2020 at 05:15 PM #73
The $90 is really solid, but not amazing right? Does it come back around very often, or will SSDs will drop in price in the near future anyways that this isn't necessarily a must-grab right now?

What's the Difference Between a Modem and a Router?
Copy Code & Open Site More Deals from
Did this coupon
work for you?
Copy
Link Copied to Clipboard